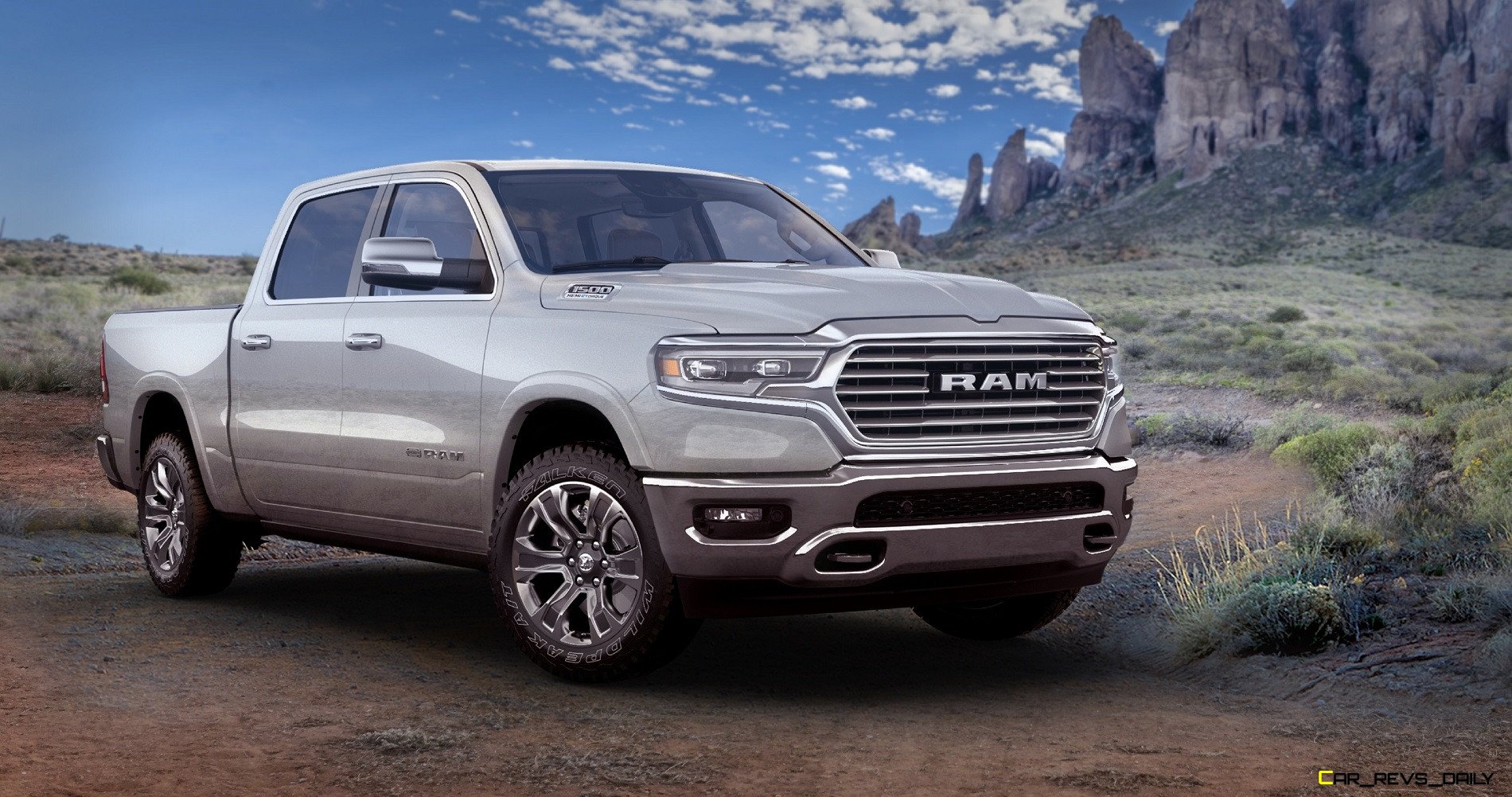 The 2022 Ford F-150 Lightning is certainly generating a lot of buzz for Ford, with the electrified EV pickup already generating a massive amount of interest for the Blue Oval. But it also got us thinking as well, could the Lightning start a new front in the broader war between the Detroit automakers? Also, what could we expect out of Stellantis and Ram? We did some digging, and here’s what we found out.

With Ford’s announcement and Chevrolet rumored to be preparing an electrified Silverado in response, it should come as no shock that Stellantis and the Ram brand are watching things unfold and taking notes. The absence of Stellantis in this growing field of contenders is a notable omission, with the international juggernaut potentially standing to lose some momentum to its rivals as the electrified pickup market hops into full gear.

An immediate thing that stands out is just how far behind Stellantis is in green technology. While recent innovations like e-Torque and the recently unveiled Jeep Wrangler Magneto concept show that the firm is rebooting its green vehicle efforts, it also serves as a reminder of the past. We are willing to give Stellantis a pass here for the most part, with prior iterations of the company (FCA, DaimlerChrysler, etc.) all attempting their own takes on EV and electrification technology but with results that largely did not make production. The lone exception was the Dodge Durango and Chrysler Aspen two-mode hybrids in production for only two months (the automotive equivalent of five minutes), and 800 built units between them before the plug was pulled.

With this erratic history, does FCA have a chance of making a noticeable impact in the green vehicle segment? Our answer is a tentative yes, with Stellantis having many of the building blocks in place to do it. For starters, they have had a lot of time observing and watching the segment as a whole. That includes seeing some of the mistakes that other brands have made in the past and applying some of this knowledge to their own technology.

One possible clue out there is the recently unveiled Jeep Wrangler Magneto concept. Making its debut at the Easter Jeep Safari, the Magneto is the first-ever pure electric Wrangler EV. It is supposed to glimpse into what a pure electric Wrangler model could look like if it makes production. However, like other rough and ready concept vehicles, the Magento could also be a glimpse into what a potential Ram 1500 EV could look like too.

Much of the electrification technology in the Magento could potentially make its way into the Ram with minimal modifications needed to accommodate it. The bulk of the modifications we suspect could be found in the frame and the broader platform that would be needed to help it succeed in its fuel-saving mission. That would include a bigger infusion of lightweight materials such as aluminum and the model exclusive electronics needed to help keep the extra amount of electronics in order.

With Ford claiming that the Lightning is estimated to produce over 563 horsepower in its most potent form, a Ram EV would be expected to produce roughly comparable power, and it would be interesting to see whether it can replicate some of the thrills and potent performance that the iconic Hellcat V8 has become known for.

When Can We See A Ram EV Pickup?

Undoubtedly the biggest question here is when we could see such an offering make its appearance. Ram and Stellantis have not revealed anything about whether an all-electric Ram 1500 is indeed in the works? Assuming one is indeed in the pipeline, it would appear long after the Lightning hits dealerships, with a Stellantis response perhaps appearing sometime in 2023 or 2024. Either way, the battle lines are being drawn in Metro Detroit, and we look forward to seeing Ford, Chevrolet, and Ram all compete for attention in the EV pickup segment even as upstarts like Tesla and Rivian enter the race.