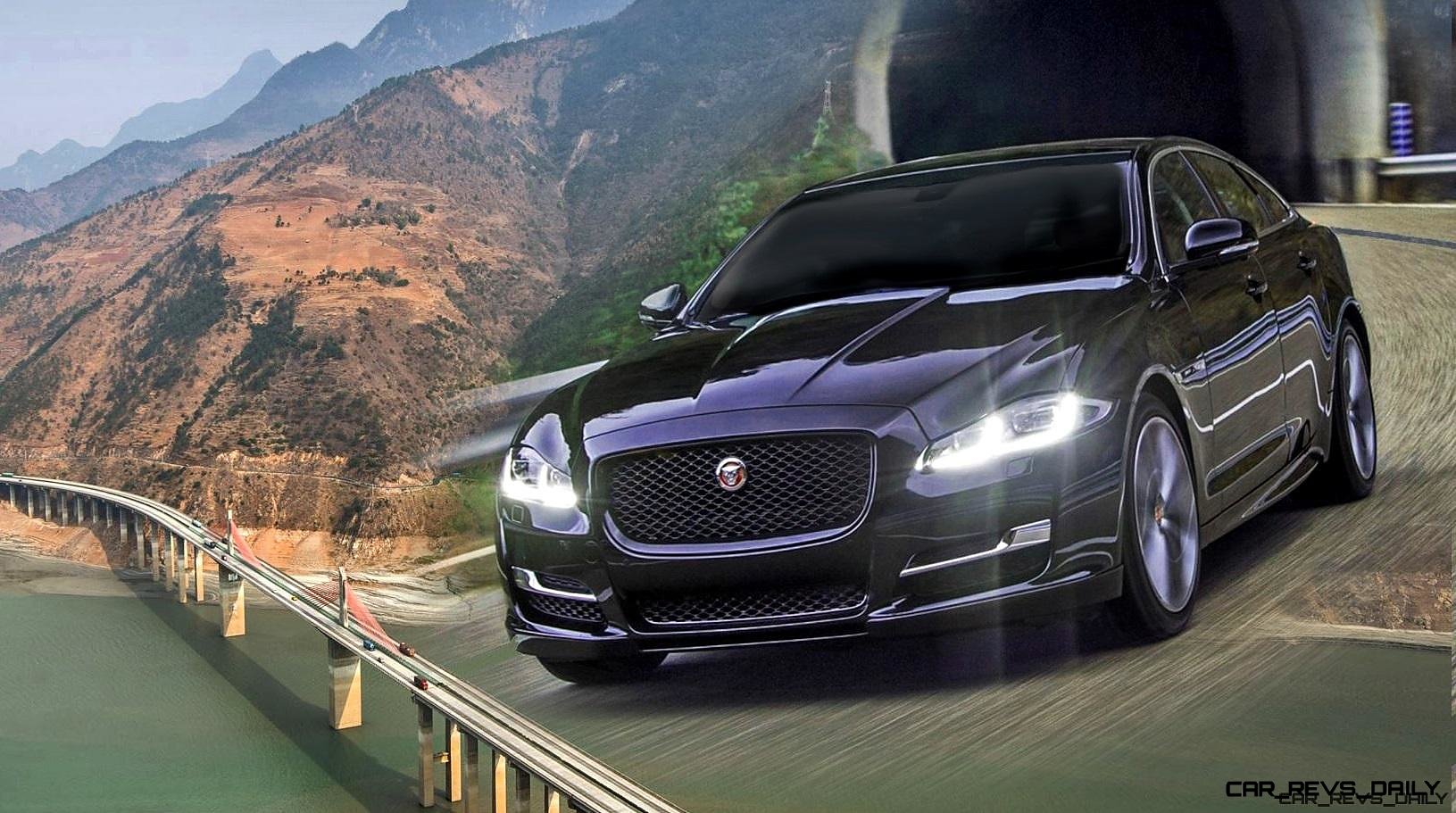 We all do, on some level.

But the engineering, cost and sheer complexity of many mountain road projects make them cost-prohibitive for all but the grandest planners.

Luckily, China and Jaguar are both chock full of the passion and budget to innovate. In the case of the Paxi Expressway in the Sichuan province, this meant building a modern expressway through mountain passes that have been limited to rural, often-unpaved hiking trails for the last 3000 years.  Since 2010, though, the infusion of a million man-hours of prep, and perhaps a billion hours of collective labor, has created a road like no other anywhere else in the world.

Where there were peaks in the way, they blasted and excavated 30 huge, modern tunnels through to the other side.  And where the mountainsides were too narrow or steep to hold the multilane expressway, the cleverness really kicked into top gear.  The Skyroad has hundreds of viaducts — essentially bridges over thin air below.  This 200 miles of clever concrete is deeply impressive to behold now that it is complete, and also cuts the travel time between the region’s big cities in half.  And made the Sichuan peaks passable by car year-round for the first time.

The new XJ with its fresh full LED lighting, updated infotainment and new R-Sport option package is the perfect sport-limo for the journey.  With pure, balanced handling and also a ride and LWB back seat to rival any S-Class or Bentley, the new XJ slices through these pristine mountains like a whispering wind.  Check out the video and photos of the adventure below, plus a look at the mean new R-Sport XJ that has just launched in the UK and will go global very soon.

29 March 2016: Jaguar took its latest XJ to one of the world’s most spectacular modern roads – the ‘Skyroad’ in China – to find out how innovation in road technology and design is helping to match the improving ride of modern luxury cars.

The 240km-long road, officially named the Yaxi Expressway, cost over 20bn RMB ($3bn), took five years to build and has become a tourist attraction as it snakes through spectacular scenery in Sichuan Province.

The region – which is not only extremely mountainous but is also an active earthquake zone – required the road designers to utilise innovative thinking. Engineers solved the issue by using tunnels and viaducts to make up over half the length.

The road has halved the journey time between Chengdu and Liangshan and opened up a region of China known for its tea production as well as pottery, flowers, silk, spicy cuisine and wild pandas.