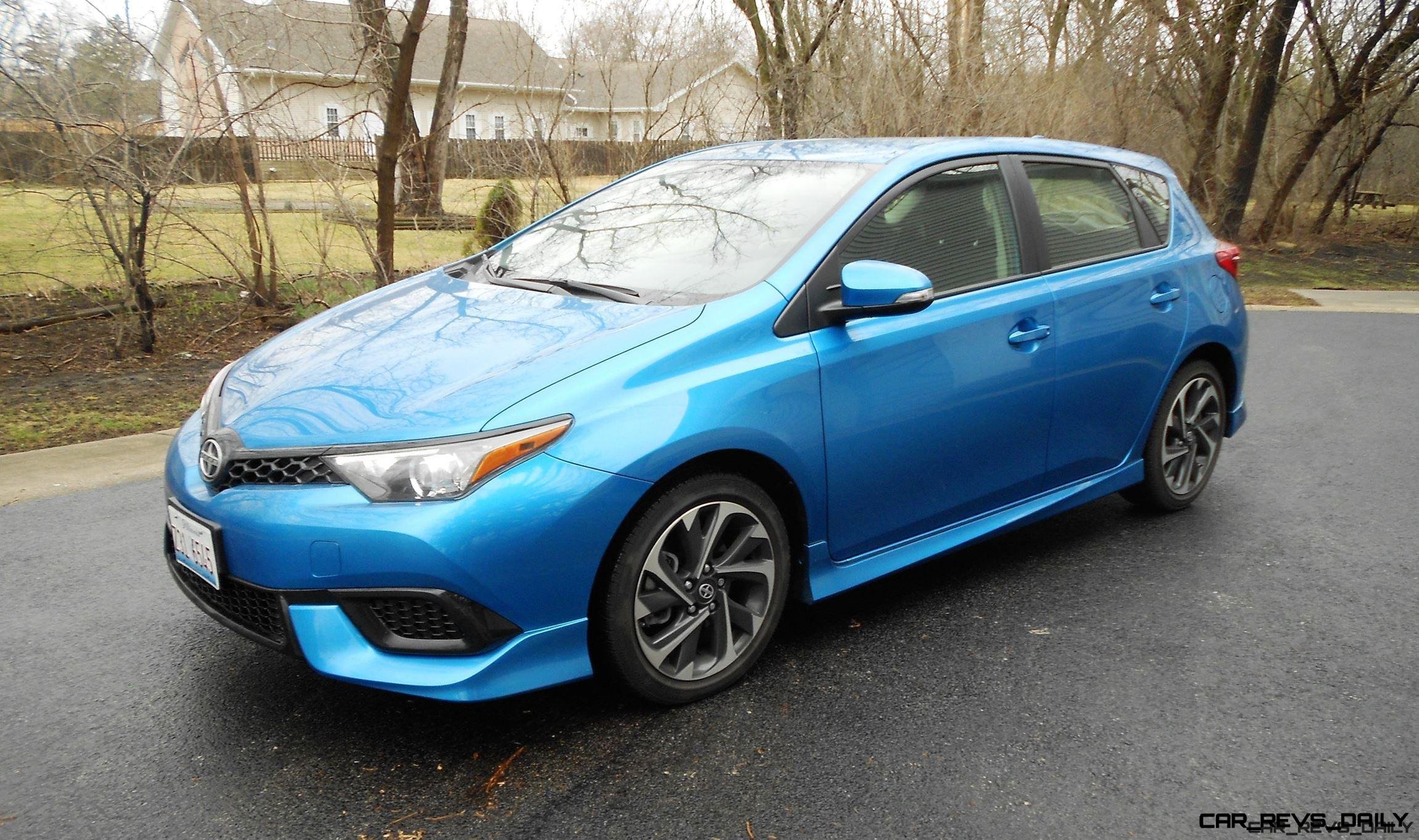 In 2003, Toyota created the Scion brand to appeal to younger buyers with small fuel efficient vehicles that were entry level, but without making the buyer feel like they were entry level. Also, Toyota was never known to push the styling envelope, so Scion was supposed to be the new brand that would put more hip styling on display without upsetting Toyota’s core customers. As it turns out, young buyers prefer the Toyota brand over the Scion brand.  Over the years, Scion had built some interesting vehicles, but they just never took off as they had hoped. So now Toyota is pulling the plug on the Scion name, but fortunately, not on three of the Scion models.  2016 will be the last model year for Scion’s, but the Scion iA will become the Toyota Yaris iA, the Scion FRS will become the Toyota 86, and our test car, the Scion iM, will be rebadged at the Toyota Corolla iM.

What all this means is that cars with the Scion badges will likely be great bargains as dealers will want to move those cars out of the showrooms as quickly as possible.  And since they are Toyota products, buyers should have absolutely no fears about service and parts availabilities into the future, as dealers will be able to serve Scion owners just as ably as Toyota owners.

In the case of the 2016 Scion iM, it should be noted that it is newly designed for this year, and under the body work, it is already pretty much a Toyota Corolla.  The iM, however, uses a control-arm rear suspension that’s more sophisticated than the Corolla’s torsion beam. And that is not necessarily insignificant, as I found the iM to be a fun little car to drive.  It corners nicely, without much body lean, and can be quite entertaining to push through some twisting roads.  Perhaps not as much zoom zoom as you’d get from a Mazda 3, or a Ford Focus, but still more fun than most compact sedans.

The iM is powered by the same 1.8 liter, four cylinder motor as the Corolla, which makes a modest 137 horsepower, and 126 ft. lbs. of torque. A 6-speed manual transmission is standard, but the test car had a 7-speed CVT transmission with a manumatic shifts on the gearshift lever.  There is also a Sport button on the console to allow the transmission to move into a higher rev range before shifting.

The CVT is silky smooth, and the Sport button really does help make the car more enjoyable to drive.  It will cut gas mileage a little bit, but the iM is rated at 28 City and 37 highway, so one will still get some good gas mileage numbers.  And what surprised me the most is that if you use the gear shift to row through the gears manually, each up and down shift is quick and immediate, like you’d find on expensive European sport sedans.

Don’t get me wrong, zero to 60 times in just under 9 seconds won’t win any drag races, and it doesn’t put the iM   near the top of the competition, but somehow it still seems to feel quick and responsive, more so than the Toyota Corolla does.   And the brakes feel strong, and the steering feels responsive, so the owner will get to have a little bit of fun when he or she feels like it, in addition to having a sound economy car, with good road manners, and a very quiet and smooth drive train.  One also gets a comfortable ride quality on city streets and especially on the highway.

The cabin is stylish, and I prefer the dash trim to that of the Corolla, even though the layout is quite similar.  The center stack has a large touch screen for the sound system, phone and other connectivity functions, and beneath it is a set of buttons to operate the HVAC controls easily.  The Corolla used the more common three round dial approach that works, but is dated.

The front bucket seats are quite comfortable, very nicely bolstered, and handsomely upholstered, including some contrasting stitching to add a bit of flair.  Rear seat head and leg room is good, and there is 20 cubic feet of storage with the rear seat up,   and lots more if you flip down the 60/40 split rear seats.

Styling-wise, this is a handsome 5 door hatchback.  There is interesting visual appointments at the corners, with wrap-around headlights in front and tail lights in back.  Split grills make an interesting front face.  Character lines and some lower side rocker panels give a sporting appearance, and the 17” alloy wheel are also handsome and sporting.

So to sum up, our test car had engaging handling, a very refined and quiet drivetrain and interior, excellent fuel economy, and it’s all wrapped in a sporty good looking body.  All of this for a bottom line price of $20,344.  And don’t forget the deal you’ll get from the dealership to move these out the door.  All in all, it’s a good time to consider a Scion.