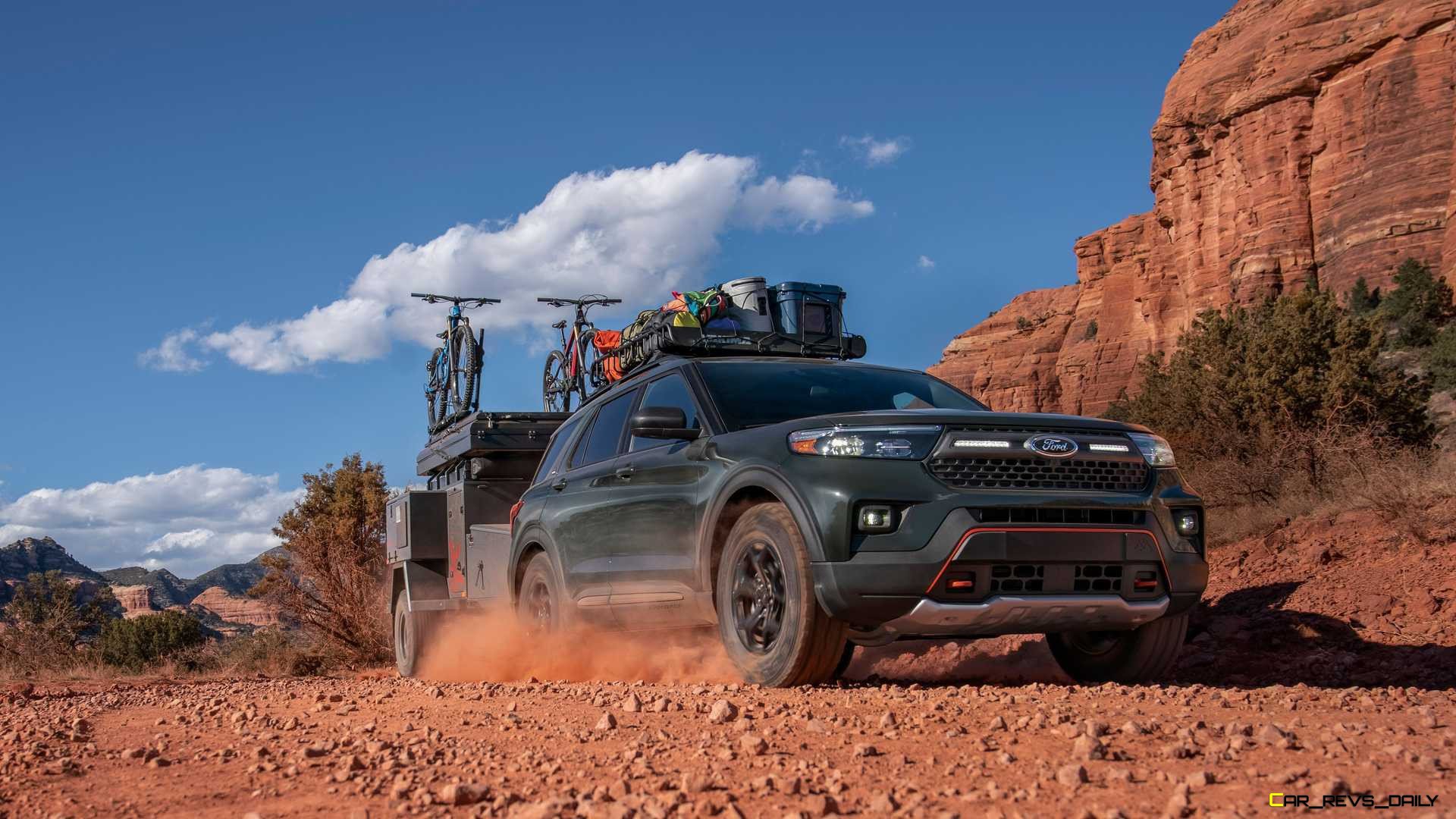 The Ford Explorer is rapidly morphing into a jack of all trades. While the Explorer has always had this trait for the duration of its life, it’s hard to argue that things really accelerated when the current generation Explorer appeared. The recently launched King Ranch model offered a very compelling luxury alternative in the lineup, but what if your a buyer that does not need all the frills and instead prefers something that can bring the fight to the Jeep Cherokee as well as the recently unveiled Outback Wilderness. Ford is keenly aware of this and has unleashed an all-new Explorer variant aimed at backwoods explorers, the 2021 Explorer Timberline.

The Timberline has arguably been one of the worst-kept Explorer-related secrets in recent memory, with uncamouflaged examples being spotted running around Dearborn for months. But unlike the slightly more conservative King Ranch, the Timberline boasts styling that’s noticeably more adventurous. The Timberline is the first Explorer model equipped with an all-new color Ford calls Forged Green Metallic, with the earthly green being contrasted by black pieces of trim.

The blackout treatment continues into the head and taillights, which are appropriately smoked for this application. But perhaps the biggest differentiation here is the Carbonized Gray front grille. Unlike other examples that we have seen on the Explorer, this one features a reworked center bar with the space being modified to accommodate Ford Performance’s auxiliary lights. The lights need to be installed at a Ford dealership, but the company claims that the installation process will be a breeze thanks to the pre-wiring that comes bundled into the Timberline. It doesn’t hurt either that the lights boast 169,000 lumens of brightness which is great for nighttime trail busting and having the extra visibility needed to spot an obstacle or Bambi out in the woods.

The rest of the exterior boasts a considerable array of Timberline logos, with the mountain-inspired motif making its most noteworthy appearance on the 18-inch gloss black wheels. The rear bumper cladding is extended slightly and now snakes its way into the cargo area. This will allow the space to handle messier loads better and be a bit more durable too. We also like the Red Ember accents that are inserted in select parts of the Timberline.

The interior of the Timberline retains a lot of the core base material that defines the rest of the Explorer family, but in some regards, it goes in its own distinct direction. A nice shade of Deep Cypress upholstery is slathered throughout the cabin, with the seats shelving traditional leather for Ford’s ActiveX vinyl substitute. This material is easier to clean, and the seats themselves even come with centrally mounted cloth inserts. The dark motif is again contrasted with bright bits of trim, with Deep Tangerine being used on the seats, steering wheel, and door panels.

The Timberline gets standard heated seats and a steering wheel, with even rubberized rubber floormats being a standard part of the package. That latter item is a rarity these days since many dealerships will try to tack them on as an optional pre-purchase accessory, so seeing the Timberline making these welcome wintertime accessories standard is a welcome change of pace.

But don’t mistake the Timberline for being out of touch with the necessities of modern driving, with the model coming equipped with a healthy suite of standard driver assistance technology. This includes a surround-view camera, Ford Co-Pilot, and Co-Pilot360+ with the duo bundling goodies such as adaptive cruise control, lane centering, and evasive steering assist.

How Much Performance Will It Have? 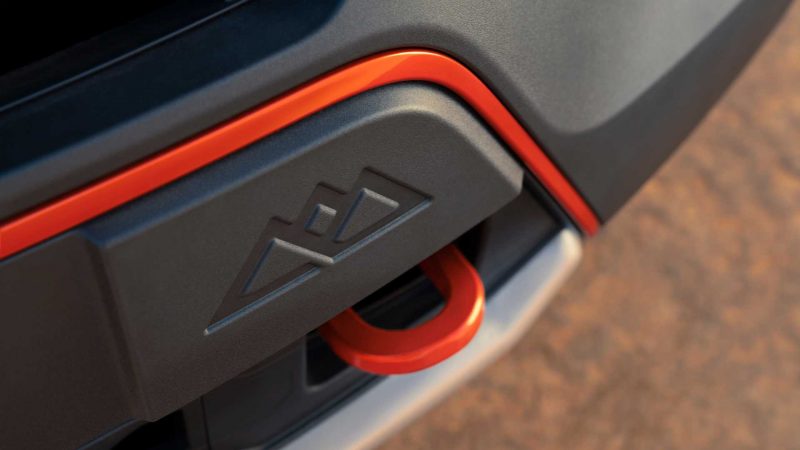 The 2021 Explorer Timberline certainly has the style and functionality required to be a proper backwoods warrior. Still, the next logical question will be what kind of performance hardware lurks underneath the hood? The answer is a fascinating one, and the Timberline carves its own trail in this regard. It all starts underneath the skin with Ford engineers borrowing the Police Interceptor’s heavy-duty shocks and then reworking them slightly for the art of conquering ruts versus catching perps. The suspension is then lifted by 0.8 inches for more ground clearance. The revised 8.7 inches of clearance causes the Timberline to play in the middle with the Outback and the Toyota 4-Runner besting it in this category. However, the Ford does beat the Jeep Grand Cherokee and the bigger Subaru Ascent.  It also features a standard limited-slip differential which allows the SUV to have optimum amounts of traction at all times even if one wheel is completely off the ground.

The lift compliments the bigger 265/65R18 Bridgestone Dueler Tires, which promise higher amounts of grip in the muckiest of terrain. The Timberline might not be a true Bronco, but for the moment, it could be a very tempting alternative for buyers looking to have off-road fun but without the wait. This crescendo extends into the performance hardware, with all Timberlines being equipped with a 2.3-liter turbocharged four-cylinder engine. The 300 hp and 310 lb-ft of torque on hand is a healthy sum, and it’s mated to a 10-speed automatic. A standard Class III towing package allows the Timberline to tow 5,300 lbs which is more than some rivals, but it’s also eclipsed by the Jeep Grand Cherokee, which can tow up to 7,200 lbs when properly equipped.

When Can I Buy One?

Ford claims that the Timberline will help expand the company’s lineup of off-road vehicles, with this flavor of Explorer being the seventh entry into this growing family. The Timberline adds a new dimension here and allows the Explorer to have something equivalent to the existing Tremor family and the Bronco and Bronco Sport.

As mentioned, the 2021  Explorer Timberline will have time on its side, with Ford formally opening the ordering portal today for interested customers. Deliveries will start shortly after, with the first units arriving in showrooms this summer.