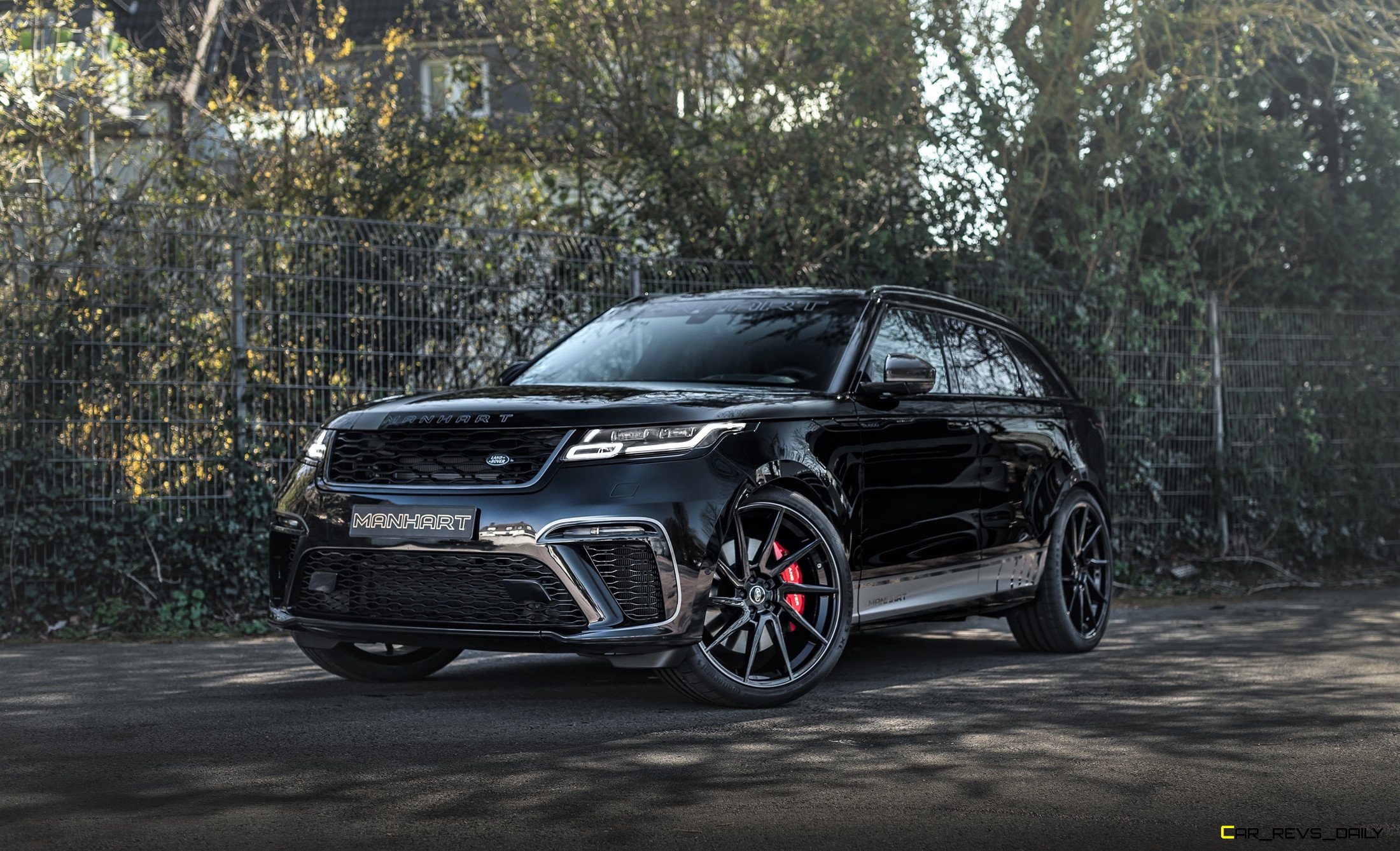 Germany has such a powerful set of OEM automakers that it is easy to forget the country also has a thriving and world-leading car customization industry.  Manhart Performance is part of this crew taking the hottest vehicles from Europe and the world and making them even faster, louder and sexier than stock.

In typical German fashion, these customs are typically executed with a finesse and holistic approach that is much more thorough than simple part-by-part upgrades.  In US tuner terms, they go right to stage two or stage three right off the bat.

This new Velar SV600 is a perfect stand-in for those wanting the most stylish Range Rover in history… but now tuned past a possible future SVR spec, both in speed and presence to my eyes.

The Velar is so ultra slinky that it makes the RR Sport look like a Tahoe.  This is a sleek machine that has the athleticism in its platform that speedy Range Rovers past could only dream about.  This five-seater is simply much lower and lighter than the RR Sport and it takes to ultra-high-performance as nicely — or even better — than its F-PACE SVR platform cousin.

Upgrades to 23-inch wheels with performance rubber and a few other exterior tweaks round out the package.  Read the full details below — and know that these parts can be bought as an installed set or shipped for local installation globally.

MANHART upgrades for the most powerful Velar

There is no question that the SUVs from the British brand Land Rover that carry the
“Range Rover” label belong to the absolute aristocracy of the off-road world. Since
2017, their clearly dynamic and avant-garde brother, named the Range Rover Velar
has been in the range below the classic Range Rover and the Range Rover Sport. Its
name is reminiscent of the early Range Rover models: the prototypes of the original
Range Rover were tested out under the name Velar in the late 1960s.

Now the tuning experts from MANHART Performance, who’s portfolio now includes
much more than “just” refinements and optimizations of BMW models, have decided to
revise the top model of the Range Rover Velar series: the “SVAutobiography Dynamic
Edition” is now the MANHART Velar SV 600.

In the course of this evolution, the performance of the 5.0-liter V8 engine, which is
already factory-charged by means of a compressor, increases via the MANHART ECU
remapping – nomen est omen – 600 PS and 750 Nm.

The increase in power is accentuated acoustically by the thundering sound of the sports exhaust system with
flap control, which MANHART Performance has modified for the export market, with a
replacement pipe with 200-cell HJS catalytic converters (without TÜV approval).

The rims, which are shiny black in their base, are edged by a golden contrast stripe,
which continues the typical design of the MANHART performance decal set.
From a technical point of view, the chassis and brake system, as well as the interior
remain as standard on the MANHART Velar SV 600. Of course, the tuning specialists
from Wuppertal implement individual solutions according to customer requirements for
each of these three subjects.