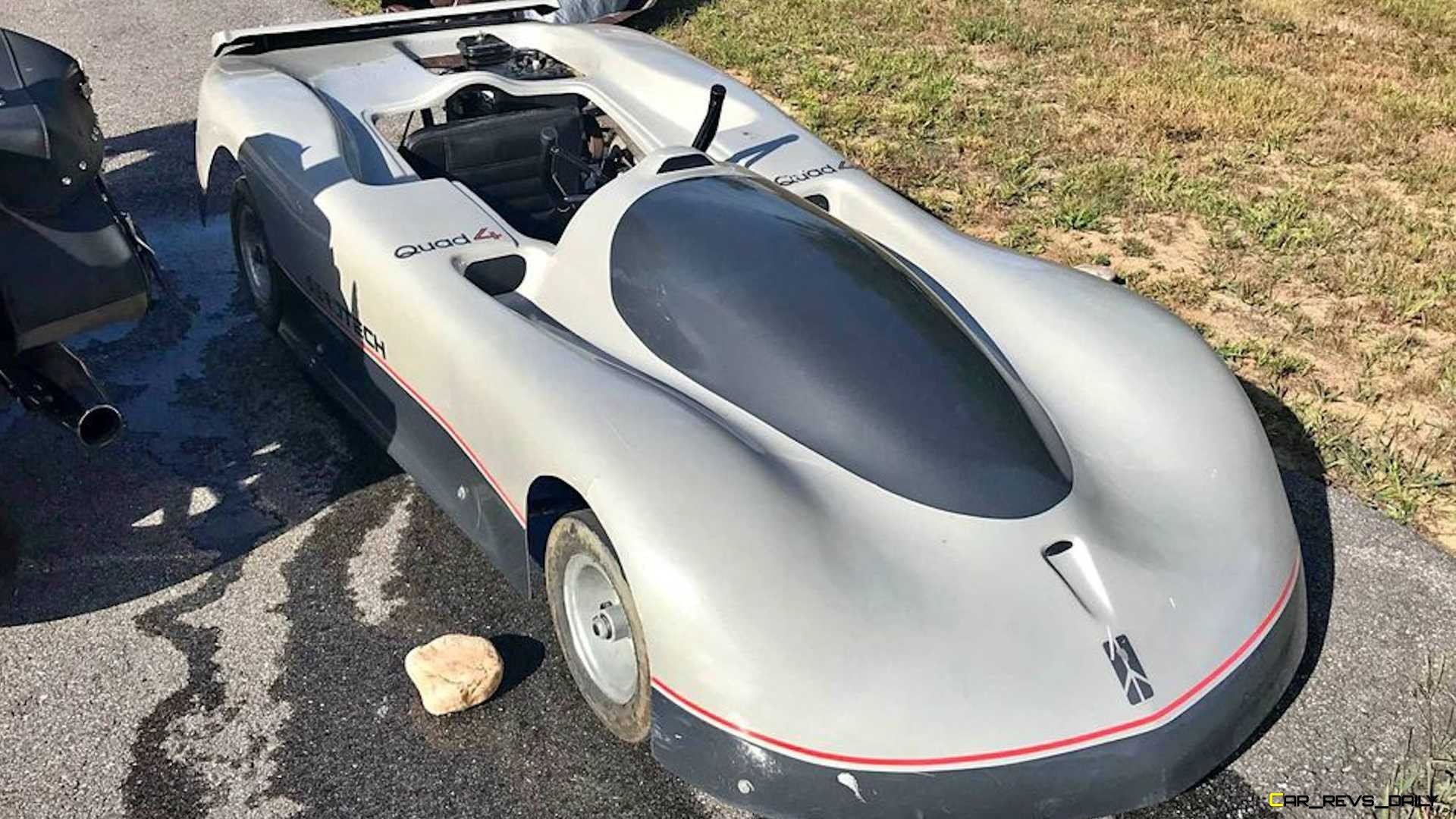 Typically Sunday is when we launch another installment of our ongoing concept car series, but this unique offering on Facebook Marketplace certainly caught our attention, and if your willing to make the drive to New Hampshire, this slice of Oldsmobile Aerotech linked history can be yours for $1200.

Aerotech looks with half the size 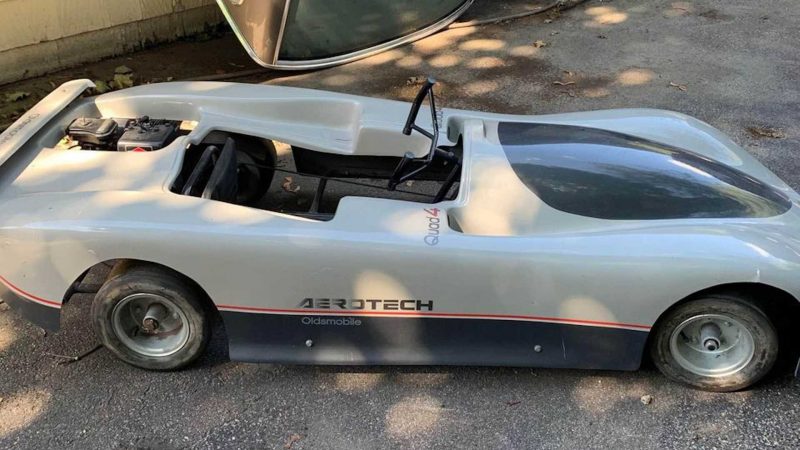 We might as well address the obvious, this is not the official Oldsmobile Aerotech concept which served as the pinnacle of Oldsmobile’s engineering efforts in the 1980s. For those that need a brief refresher course, the Aerotech was an experimental high speed concept car which was a rolling test bed for the new for the period Quad-4 four cylinder engine. The Aerotech would prove just how potent of a performer it was in 1987 when it set a closed course high speed record with a run of 257 mph when it was driven at the Indianapolis Motor Speedway by A.J. Foyt. This was not the first time that the Aerotech pushed the boundaries of speed, with the car hitting 267 mph prior to its Indy debut.

Oldsmobile was (as expected) in a very celebratory mood, and the company commissioned a limited production run of Aerotech styled go-karts. Only 70 are known to exist, and one of them has appeared for sale on Facebook Marketplace. While the go-kart in question will never reach those lofty speeds, it certainly does well in the styling department. Oldsmobile commissioned Bird Manufacturing to build a sleek scaled down fiberglass version of the Aerotech’s body shell, with the whole thing being mounted onto a one passenger go-kart and its sturdy metal frame. The shell itself is still in very good condition despite wearing some battle scars from being properly enjoyed. The interior is about as simplistic as it gets, with the driver facing an Aerotech inspired two spoke steering wheel with little in terms of garnishments.

As mentioned, the original Aerotech concept was a rolling test bed for the Quad-4 engine, with the heavily modified engine making over 1,000 horsepower in its most potent form. The go-kart makes do with a one cylinder Briggs and Stratton sourced engine that’s good for 3 horsepower and while that may seem a bit slow, we suspect that drivers will still get the sensation of going fast when going down their favorite go-kart track, or when showing the pint sized speedster at shows. The seller claims that the go-kart is a blast to drive, and we’ll certainly take their word for it especially with all the stares that it will undoubtedly generate. 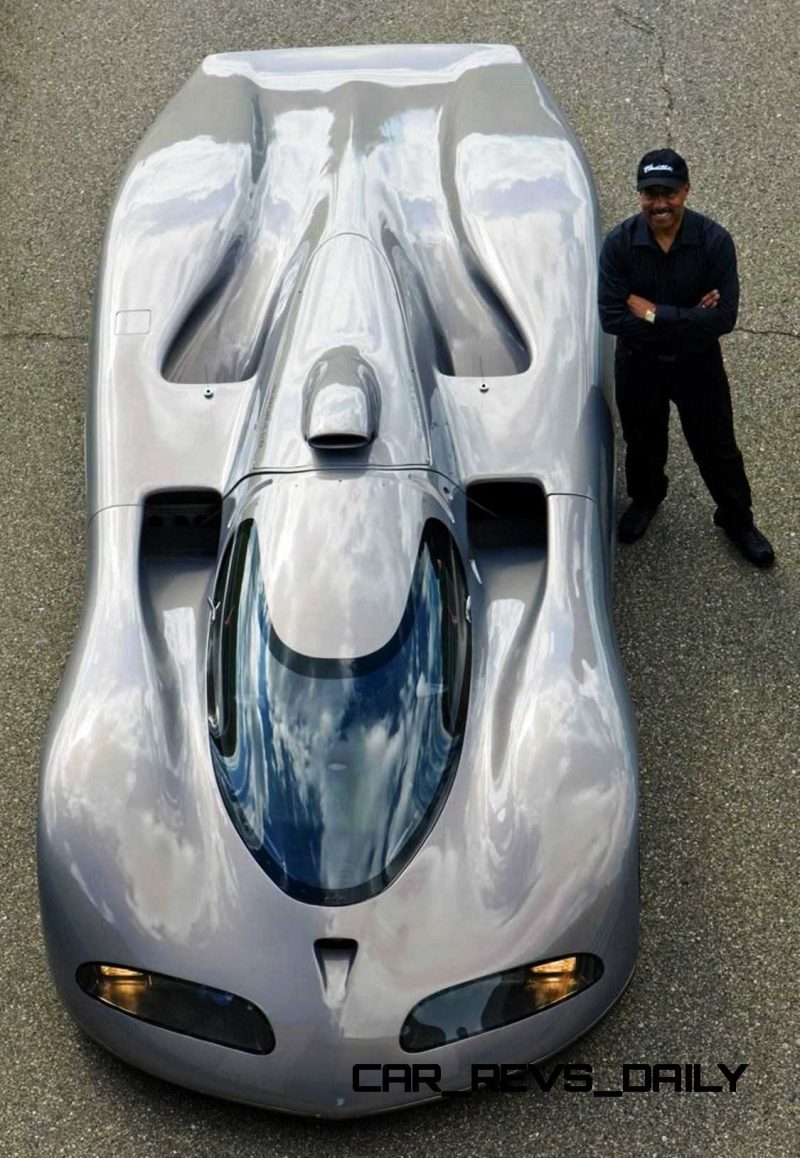 The historic go-kart was originally posted on Facebook Marketplace for $1,500, but it has since been cut to a slightly less expensive $1,200. While the Aerotech go-kart is one of the more obscure bits of history from a brand that departed the world in the early 2000s, it’s still a very solid piece of Oldsmobile history and we suspect that Oldsmobile loyalists and diehards will undoubtedly want to add this eccentric vehicle to their collection so act quickly. Also stay tuned next week when we follow it up with a feature on the real deal.