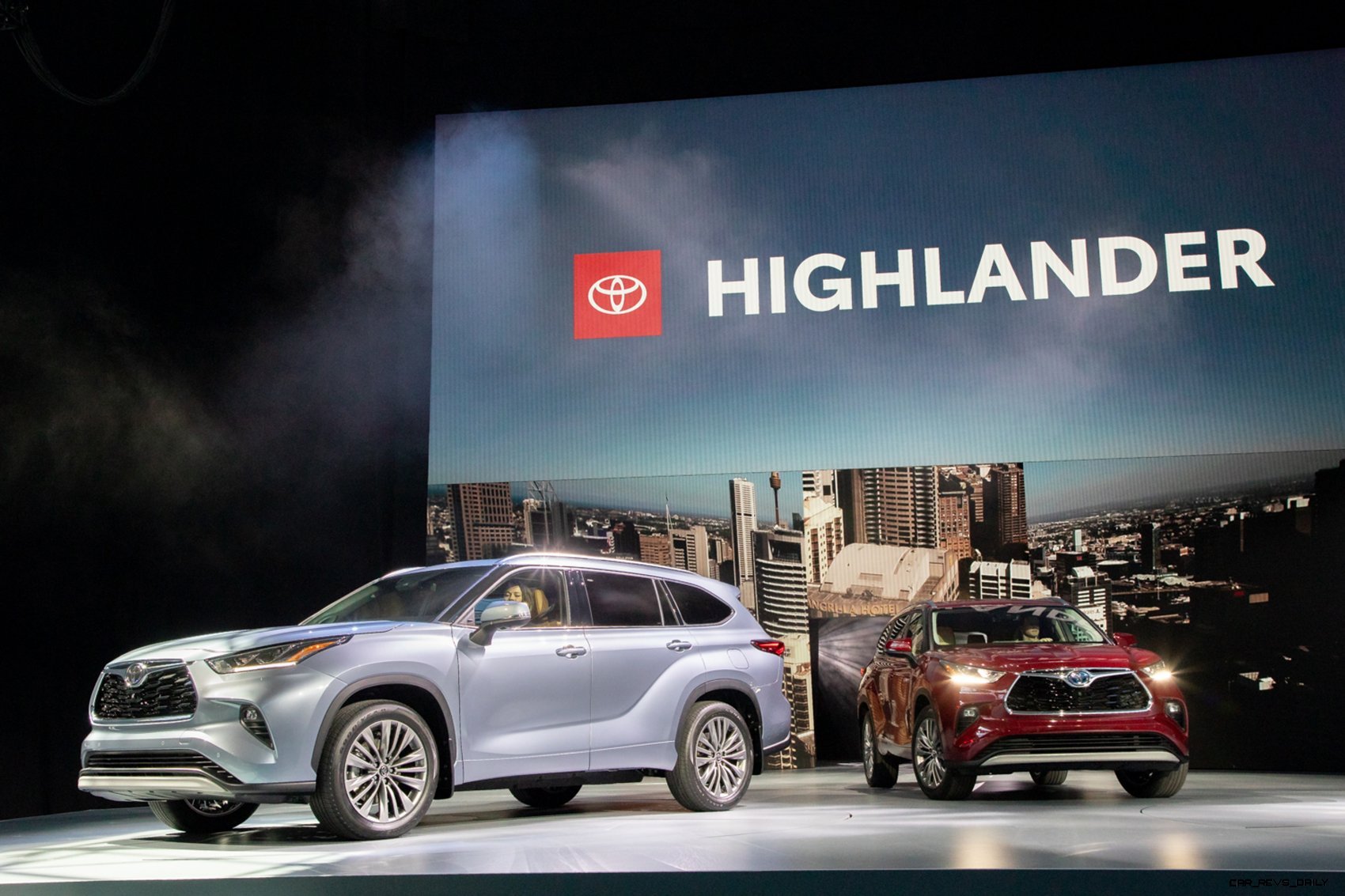 Remember when the Toyota Highlander was stylish and refined? If you said no to either of these, it’s completely understandable considering how past iterations of the venerable Highlander embraced the functionality and purposeful lines that defined it as a perennial favorite among family buyers, but at the cost of losing ground to more design centric family haulers. Toyota is out to completely change the way people perceive the big Highlander, and has given it a very massive makeover for the 2020 model year.

The exterior of the 2020 Highlander will certainly draw plenty of stares thanks to its rebooted styling language. The front fascia still features a beefy front grille, but the headlights adopt a much more aerodynamically infused personality, and the subtle shark nose-esque design adopted by the front fascia brings some much needed aggression to the Highlander. A reworked hood, the replacement of the grille slats with a lattice type design, as well as simulated skid plates in the lower front bumper further highlight the enhancements made to this particular area.  The rear fascia also gets in on the act, and while it is a bit more subtle than the attention seeking front end, it still reflects the Highlander’s change in mood. Reworked taillights help balance things out, and a switch from steel to composite plastic for the rear hatch allows for faster opening, with the 2020 version bringing a foot operated sensor into the list of standard goodies.

The interior of the Highlander has seen its fair share of revisions too, with a big 12.3 inch infotainment screen dominating the center console. This is the first time a screen this big has ever been offered on the Highlander, and it follows in the tire tracks of other models equipped with the system, including the Toyota Avalon. The smaller 8.0 inch infotainment system is still standard on lower trims, but we are confident that the bigger screen could see duty in some of these trims, possibly as a part of an optional package. The Highlander also follows the script laid out by other Toyota models, and is finally compatible with both Android Auto and Apple CarPlay technology. The driver benefits from a 7.0 inch display screen nestled in the gauge cluster which delivers crisp graphics, and is highly configurable to a wide range of driver tastes.

The familiar floating tray has also been tweaked, and now offers three USB ports, as well as a pass through hole for cords that allows phones to be placed below the tray for easier access, while the front seat passenger also benefits from a separate storage shelf. Wireless charging is avalible on XLE  and higher trims, with the built-in WiFi hotspot being capable of supporting up to five different devices. The rearview mirror steals a trick from Cadillac, and now uses a camera to allow drivers to have optimum rear vision even when the Highlander is loaded to the gills with passengers. Lexus DNA is also present in regards to the heated steering wheel, heated/ventilated front seats, and the heated second row seats, but like its more opulent corporate mates, these features don’t venture beyond the top trims, so lower trims are out of luck for now. Captains chairs or a bench seat are avalible for the second row, while cargo capacity with the seats folded increases from 13.8 cubic ft to 16.1 cubic ft. Trim levels themselves have also changed, and the 2020 Highlander now comes in L, LE, LE Plus, XLE, Limited, and Platinum flavors.

The venerable 2.7 liter four cylinder engine has been pitched, but the 295 horsepower 3.5 liter V6 carries over to the new generation, and like before is paired with an eight speed automatic transmission with all-wheel drive being an optional extra. Towing capacity remains unchanged at 5,000 lbs, and its fuel economy ratings should remain unchanged at 26/20/22 mpg respectively. A notable change is the addition of all new Dynamic Torque vectoring technology which would mark the second time that the technology has been used since its original apperance in the recently launched RAV4.

Meanwhile, the hybrid version gets Toyota’s 2.5 liter Dynamic Force four cylinder that has been paired with an electric motor to produce a combined 240 horsepower. Utilizing the Atkinson Cycle the engine is also hooked up to an updated CVT transmission. In a curious move, the hybrid model bucks lithium ion battery packs, and instead uses old-school (and cheaper to produce) nickel metal hydride batteries mounted underneath the rear seats. As a result, the pure EV driving range is a bit on the low side when compared to some of its litium ion equipped rivals, but the Highlander hybrid can still tow 3,500 lbs which is on par with others in the segment, but just a tad short of the Explorer’s 5,000 lb towing capacity.

The V6 equipped Highlander will go on sale in December, with the hybrid model bowing early in 2020. Pricing information has not been released, but expect it to not stray too far from what is already seen on the current generation Highlander, with pricing starting in the mid 30,000 range and climbing past $50,000 for higher grade models. Look for it to also continue the strong sales push generated by its predecessor, with the 2019 Highlander selling 243,999 copies last year (a slight nudge over the 227,732 Explorers Ford managed to sell during the same time period.)