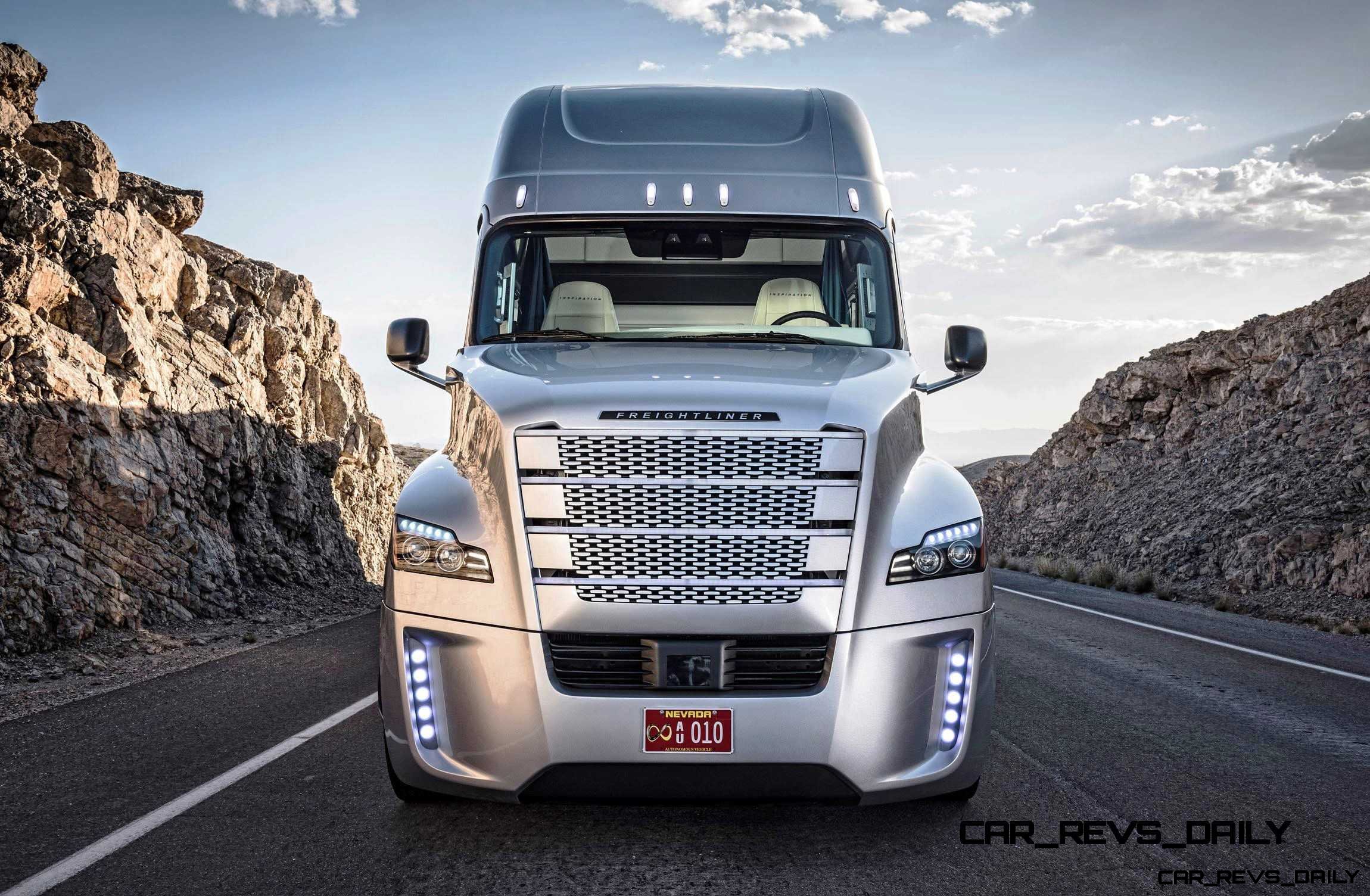 Driverless cars are a hot topic in automotive circles, and the introduction of Tesla’s electric semi’s is set to turn the long-haul trucking world on its head — if they ever get around to releasing it. While Tesla is one contender in the race toward driverless trucking, they may not be the frontrunner when you look at the other contenders.

Despite the bad press surrounding Uber, it recently acquired a San Francisco based startup company that can turn any big rig or semi into a self-driving vehicle.

Otto’s set up isn’t at risk of putting drivers out of a job yet. Their software only works on highways, and requires a driver to be in the vehicle in case of problems — but unlike Tesla’s autopilot, once an Otto equipped rig hits the interstate it takes all control out of the driver’s hands due to its ‘Level 4’ autonomy.

Otto has already made its first delivery — 50,000 bottles of Budweiser — with a driverless truck!

Daimler isn’t a new contender in the driverless trucking race. Their first self-driving trucks hit the road back in 2015. While they aren’t mainstream yet, the Freightliner Inspiration is the first in what could be a long line of autonomous trucks.

It’s not ready for long hauls though. The autopilot software only takes over on highways and won’t change lanes or make any other big decisions without input from the driver. If the driver doesn’t respond to alerts requesting them to take over, the truck will slow to a stop.

Tesla has been one of the biggest names in autonomous driving, and they’re ready to turn the trucking industry on its head with the release of its fully electric big rig — if it ever makes it off the production line.

The reveal, scheduled for September 2017 has been delayed twice, first to October and now to November. This second delay is due to their humanitarian efforts to help restore power in Puerto Rico, following the damage caused by Hurricane Maria.

Tesla stands apart in the driverless trucking race in that they’re not just focusing on making autonomous trucks — they’re creating fully electric ones which could be less expensive to run and maintain.

Their new fleet does present a problem though — the making sure there’s enough qualified technicians to keep the fleet running smoothly. Trucks already need quite a bit of preventative maintenance, so they’ll have to make sure there’s enough people who can keep up with the technology side when it comes to repairs. Tesla’s are known for running for thousands of miles without issues, but it will be a race to train new technicians to maintain these electric semi’s and repair them in the case of an accident.

So, who will win the electric semi race? It’s difficult to tell who will come out on top. Right now, both Tesla and Otto are in the running, with Daimler not too far behind. Once Tesla reveals their electric truck, people will have a better idea of who might take the victory.