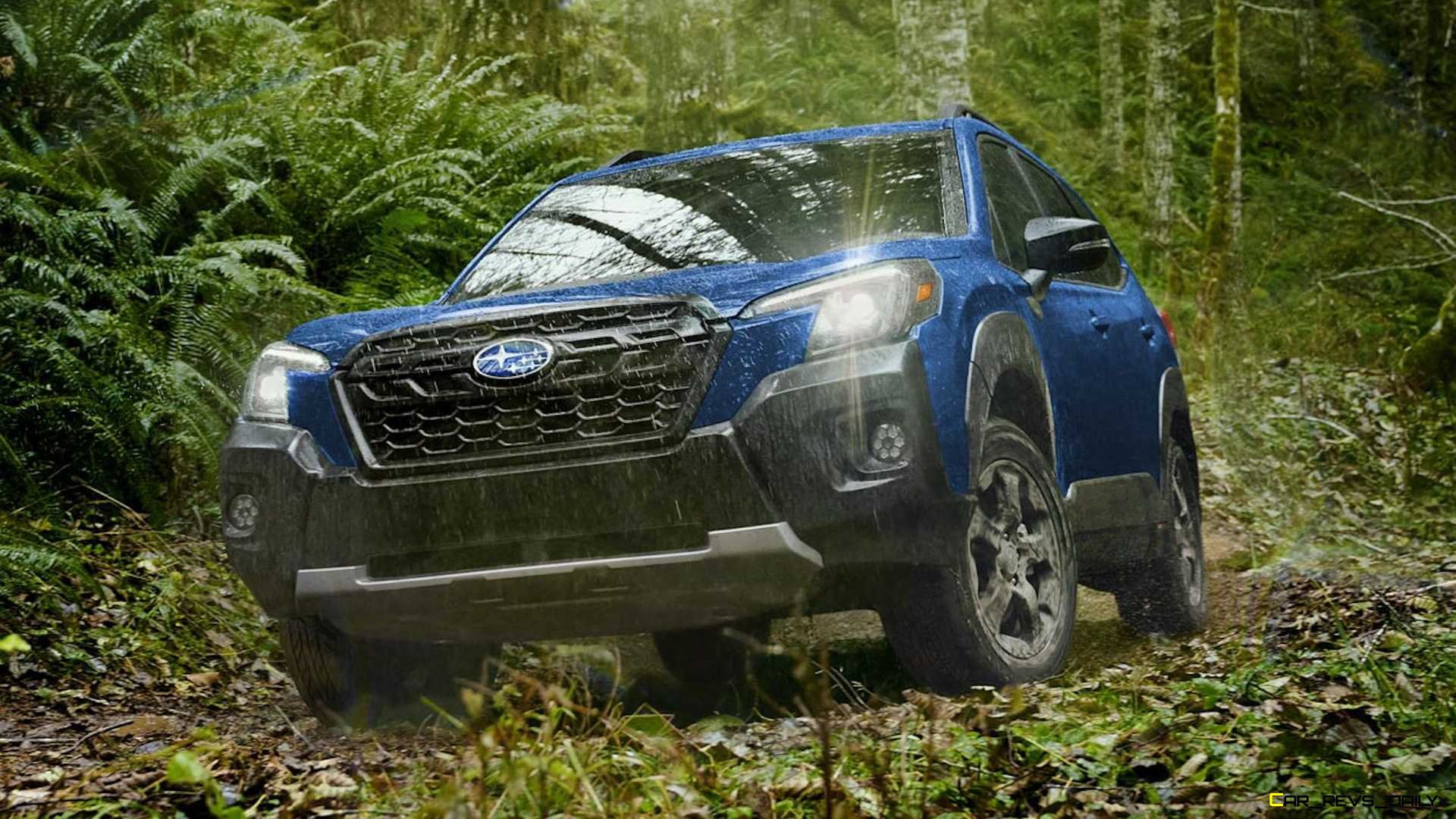 The Subaru Forester has managed to carve a very compelling niche for itself in the utility vehicle market. With a combination of quality, capability, and in recent years, standard equipment, the Forester has always risen to the occasion time and time again. But there’s always room for growth, and thanks to an ill-timed reveal by Subaru of Canada, we now get to see that the Forester will be the latest Subaru model to earn the Wilderness badge for the new model year.

Forester Bulks Up In Wilderness Trim 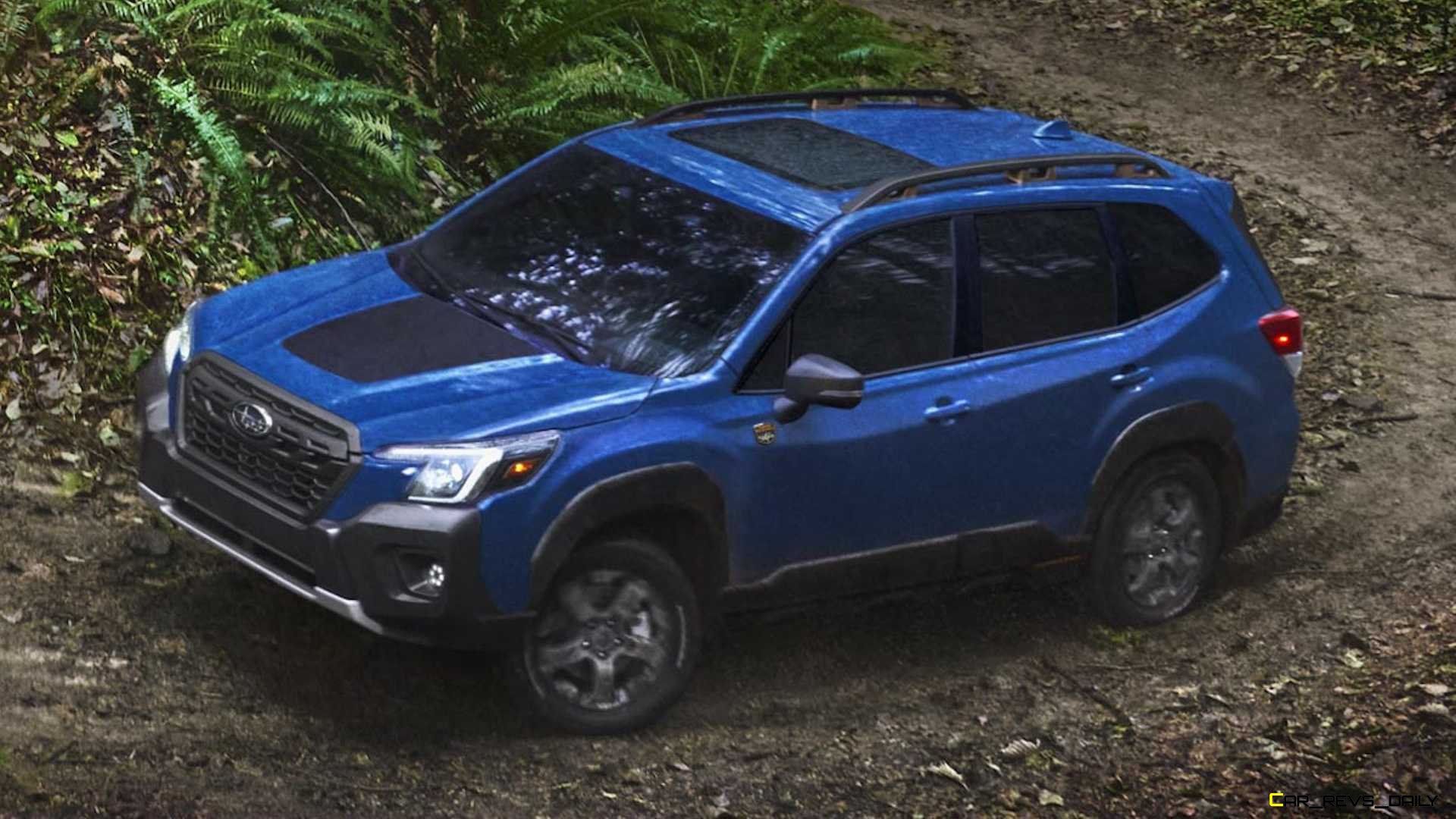 While Subaru’s plans for an epic surprise rapidly turned into dust today, a quick lookover of the Forester Wilderness reveals an SUV that’s prepared for Mother Nature’s worst. While the Forester Wilderness is not a formal off-roader hunting for Jeep Wranglers, Subaru engineers did make some changes to help the Forester be better prepared for trail running. The exterior styling benefits from extra amounts of body cladding, while 17-inch black wheels shod in knobby all-terrain tires help instill extra confidence when driving the road less traveled. A slight suspension lift also gives the Forester much-needed clearance, and the roof racks allegedly can handle higher loads of gear and other stuff. 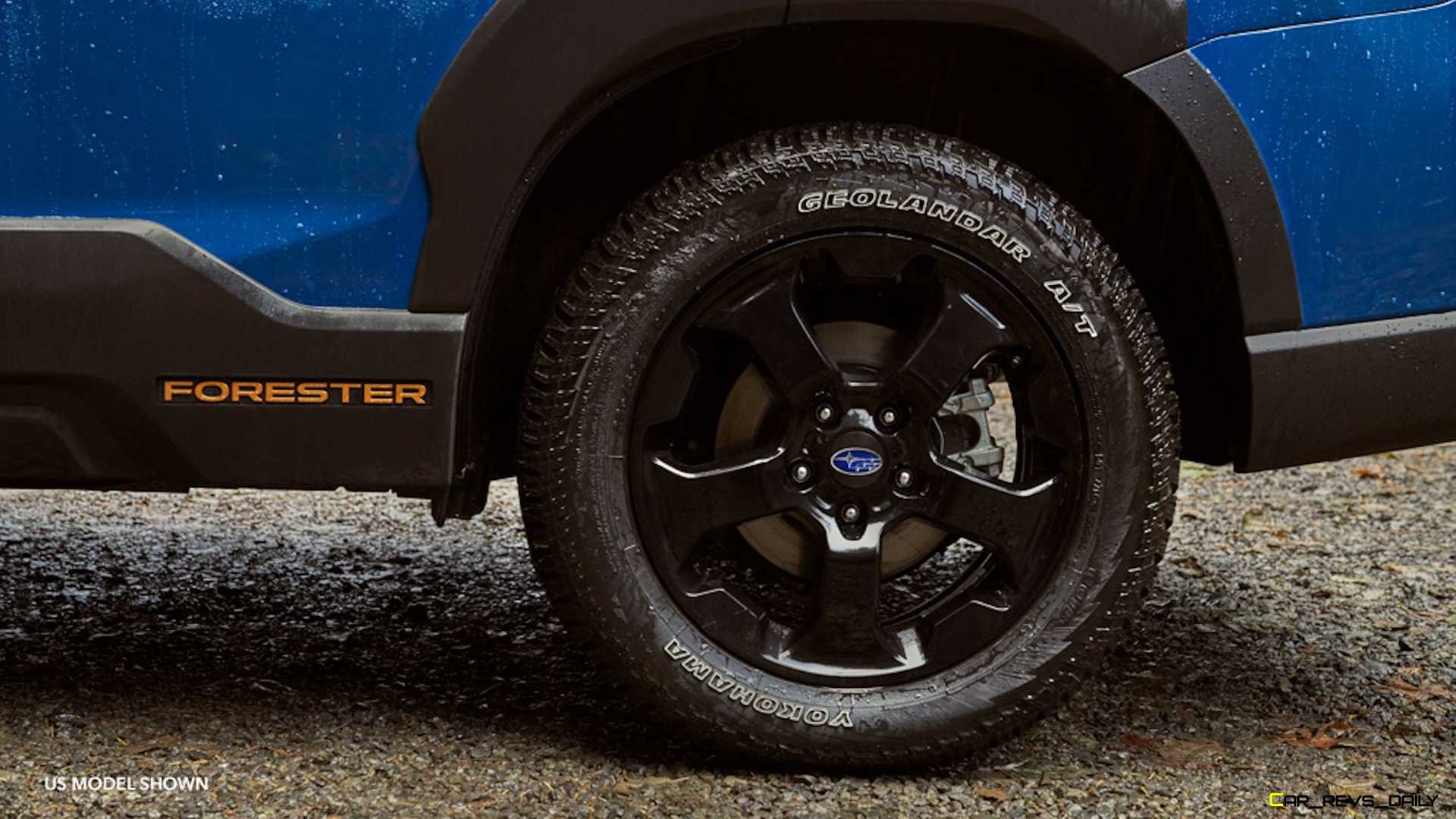 Subaru also upgraded the mechanical side of the coin though the changes here are more of a hodge-podge of appointments versus an outright mechanical revamp. The CVT, for instance, comes with an improved lower gear ratio for better low-end power with the transfer case and the rear diff also benefitting from minor enhancements. However, all Wilderness models will be naturally aspirated, with the non-turbo 2.5-liter four-cylinder producing 182 hp and a meager 176 lb-ft of torque.

Interior Follows The Path Of Other Wilderness Models 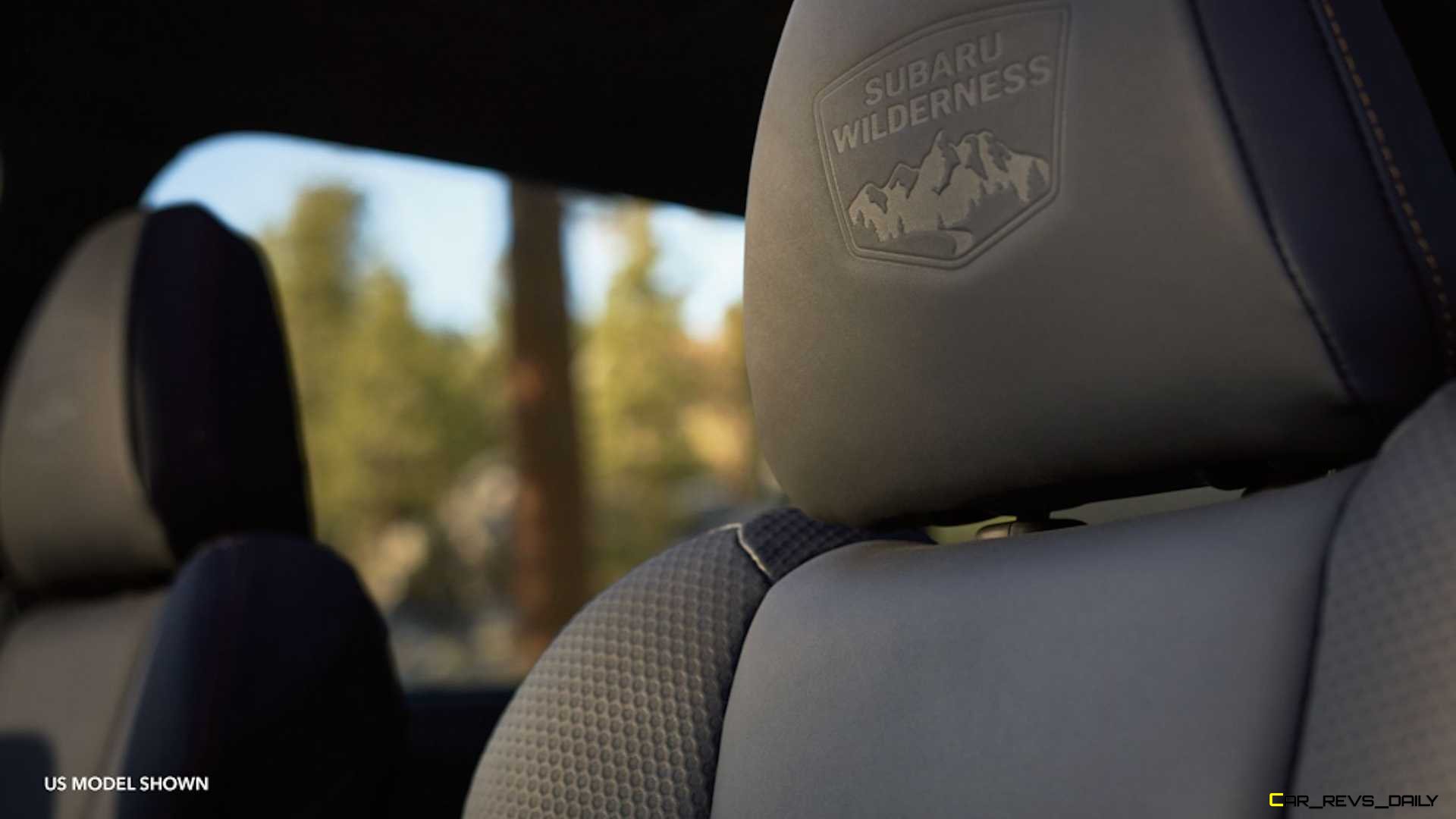 As far as the interior is concerned, the Forester Wilderness will follow the same script that has defined other Wilderness models with minimalism and minor tweaks defining the Forester experience. The core DNA of the Forester is all present and accounted for, but like the Outback Wilderness, the Forester version gets front seats that come with an embossed Wilderness logo on the front seats, all-weather rubber floor mats, and upgraded cupholders to help contain large water bottles. An eight-inch infotainment system is also along for the ride, and the Wilderness is equipped with a trim-specific gauge cluster.

When Can I Buy A Forester Wilderness? 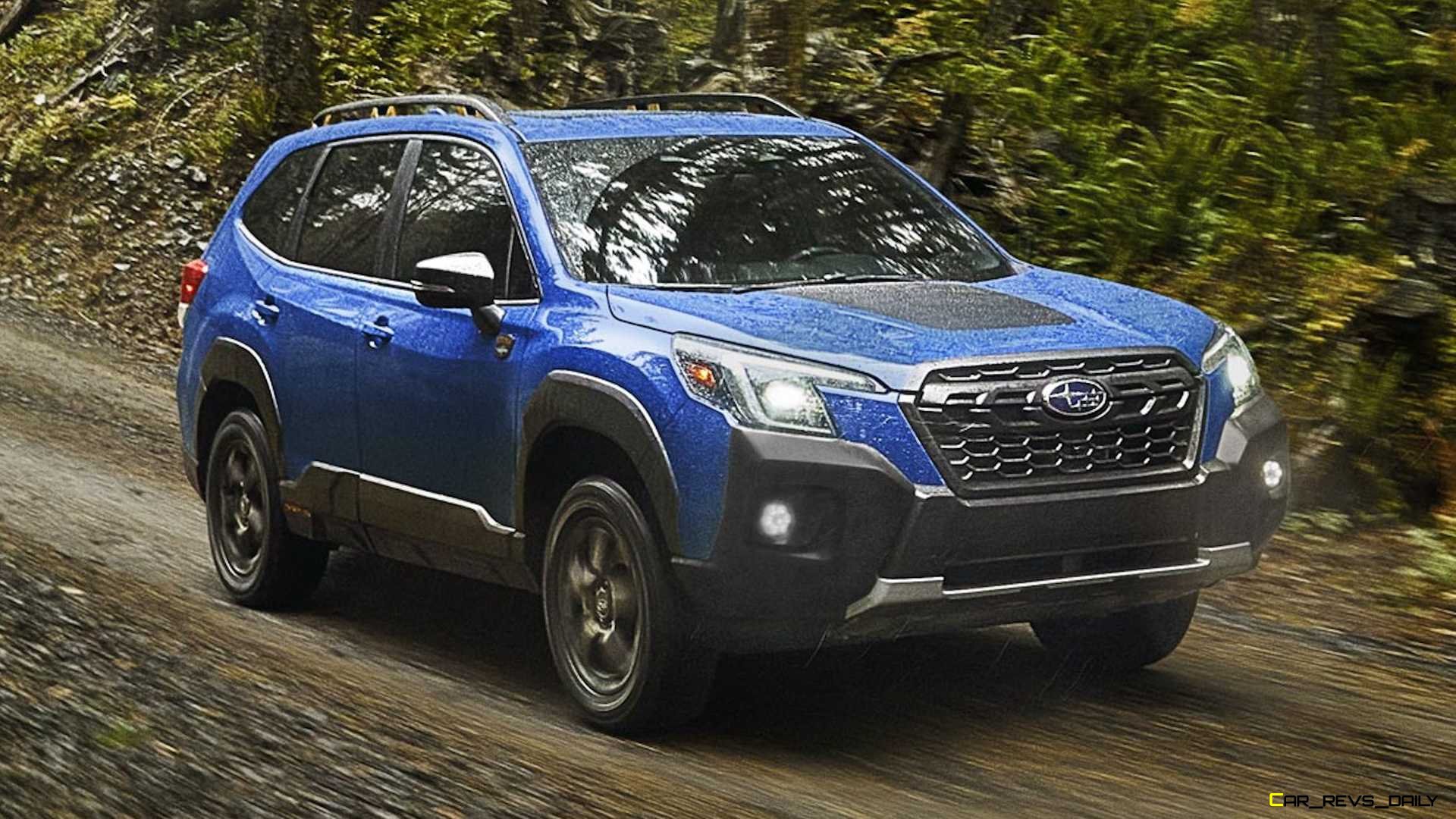 As mentioned, Subaru’s chance at surprising the masses evaporated, but the Japanese automaker has opted to adopt the classic mantra of “the show must go on.” It will officially unveil the Subaru Forester Wilderness on September 2nd. After it makes its official non-leaked debut under the lights, look for the first production examples to make their way to showrooms later this year.