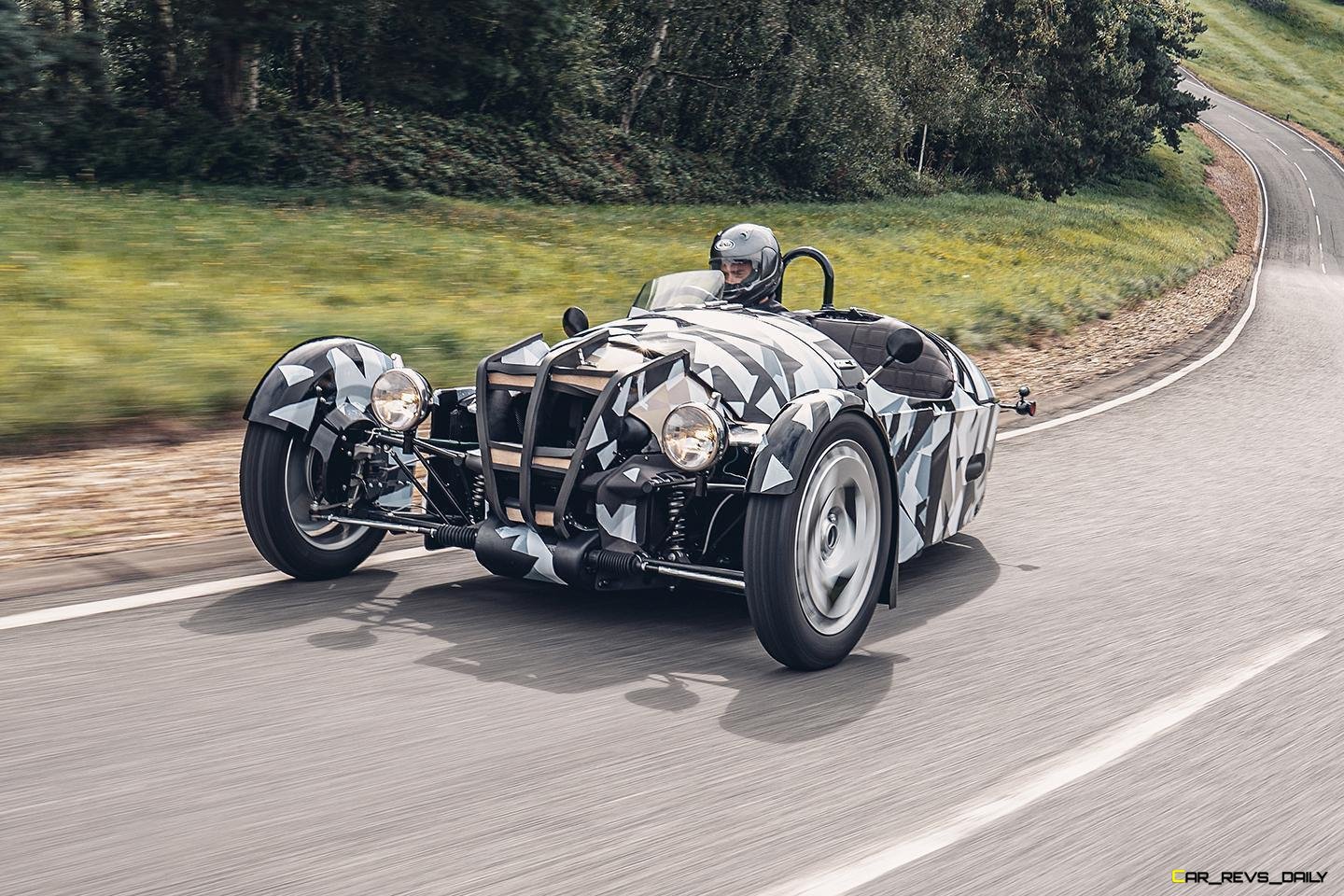 When Morgan Motor Company revealed that the current generation Morgan 3-Wheeler was going away with the P101 Edition, the British carmaker confirmed that it was not the end of a three-wheeled Morgan having a place in the current lineup. The company has confirmed that an all-new 3-Wheeler is coming and released a lone teaser image and some early details about its upcoming cyclecar.

A 3-Wheeler In Everything But The Name 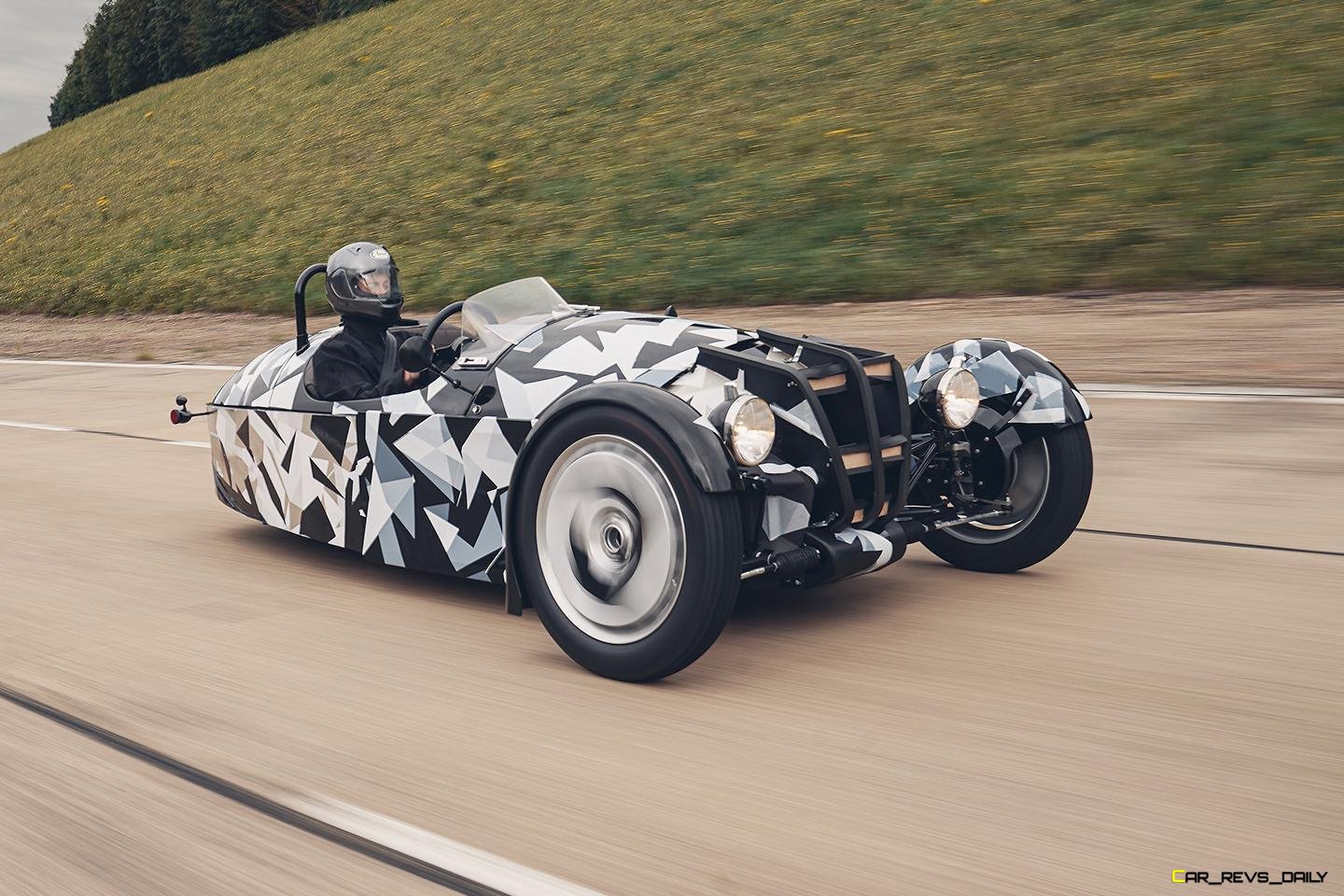 Morgan stopped short of whether it will be using the long-running “3-Wheeler” moniker, but we suspect that it will continue to do so when this new iteration makes its appearance. As for the trike itself, it appears to have the same beetle-back bodywork that defined its predecessor, but the wild triangle camouflage helps keep some of the subtler angles away from prying eyes. The headlights also appear to be carried over from the old model, but this prototype is an early-stage example; and as a result, the front styling still looks more Mad Max crude than production-ready polished.

But once the disguise and the rough edges are honed away, Morgan claims this will be a very different 3-Wheeler with the company being inspired by early jet age design cues and other retro influences. Perhaps this means that the interior could see a revamped control scheme, and the aluminum skin could be lighter than before.

The headliner here is that the new 3-Wheeler will be powered by a Ford sourced 1.5-liter three-cylinder engine. While the company’s recent use of BMW sourced engines may have made some think that the long-running link with Ford was going away, this news appears to confirm that Morgan will continue to see one of its longest-running engine suppliers for its models.

An S&S sourced bike engine powered the outgoing 3-Wheeler, but while the S&S unit was a high revver, it was a relatively weak engine, and it also couldn’t meet tightening fuel regulations in Europe. The 1.5 liter will also be familiar to many enthusiasts, with a boosted version of this engine being used to power the Europe-only Fiesta ST. This engine will also make the 3-Wheeler a more approachable beast and eliminate the delicate dance with your feet required to keep the old S&S engine from revving itself into oblivion. Look for the Ford engine to have more low-end torque and, as a result, allow for more conventional clutch and throttle synchronization.

Unfortunately, this is all Morgan willing to share for now, with the company holding final availability and pricing close to the vest. But with the development of the new model proceeding at a very impressive pace, look for the new 3-Wheeler to possibly make its debut at a future European auto show, with the recently announced Munich Auto Show perhaps being the earliest chance we have of glimpsing the all-new 3-Wheeler.