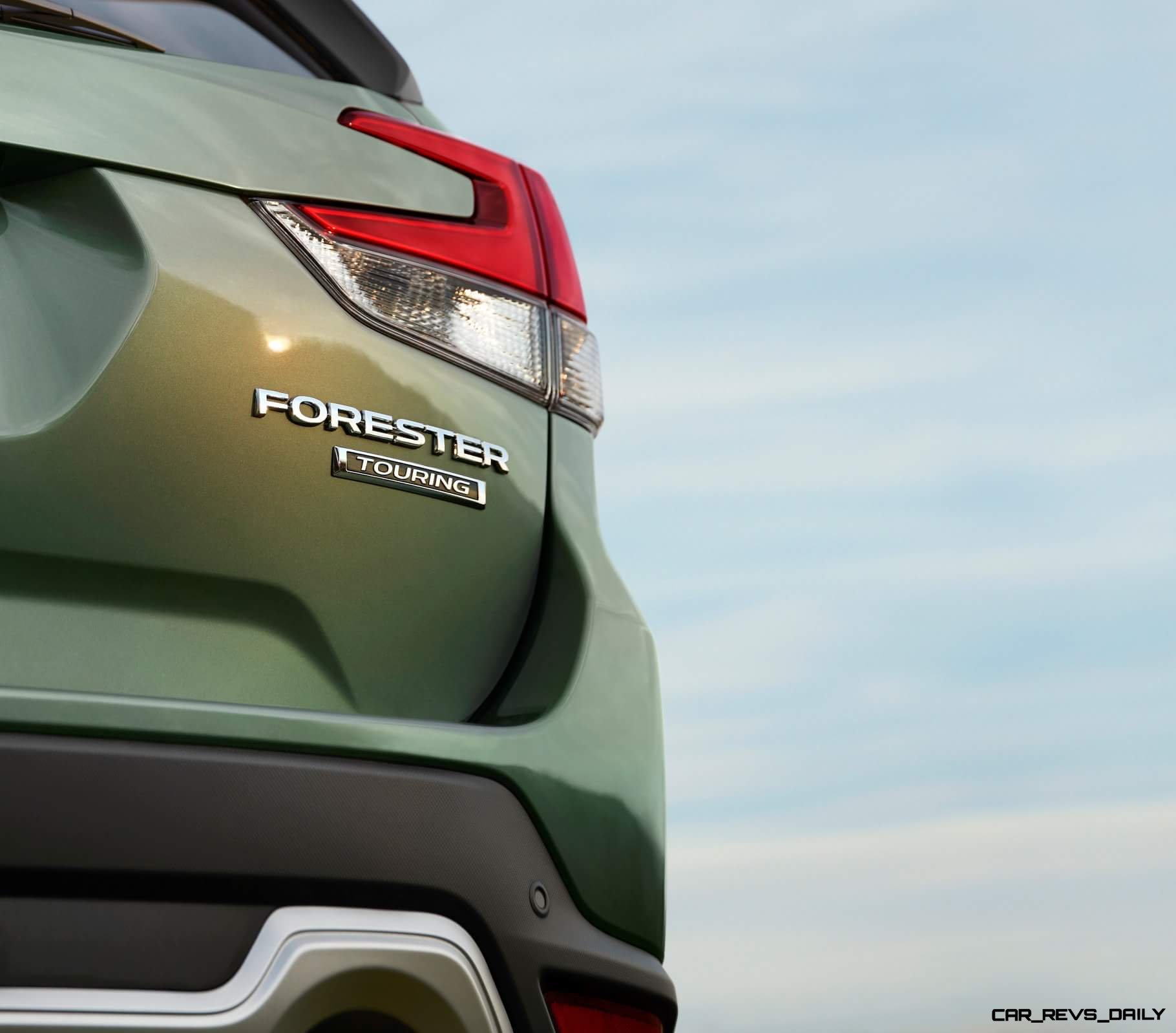 Subaru’s Forester CUV has become a key cog in the Japanese firm’s plans for sales dominance in recent years. Naturally, this high degree of popularity means that Subaru engineers had a very slim margin of error when they were creating the 2019 Subaru Forester.

The trickle of teaser images the company has released has not revealed too much about their efforts, but the latest image does provide a glimpse into its all new tailgate. A key change is the pincer shaped rear taillight which is a cue carried over from the Viziv series of concept cars. The daylight setting of the photo does reveal scooped out recesses in the rear bumper and above the license plate, as well as a slightly wider opening for the cargo area. In keeping with Forester tradition, the body also features a swath of black plastic body cladding.

Look for the 2019 Forester to largely retain its distinctively boxy shape, but with some stylish side body creases lifted from the Impreza and Crosstrek CUV. In short, expect the Forester to still retain its utility over form motif which should resonate nicely with its loyal fanbase.

Engine options are unknown at this point, but the current generation Forester features a 2.5 liter 170 horsepower boxer four cylinder and an optional 2.0 liter turbocharged four cylinder engine good for 250 horsepower and 258 lb-ft of torque. So expect both engines to possibly carry over albeit with minor tweaks.

Look for all to be revealed tommorow when the wraps come off the 2019 Subaru Forester, with pricing information being revealed shortly afterward.