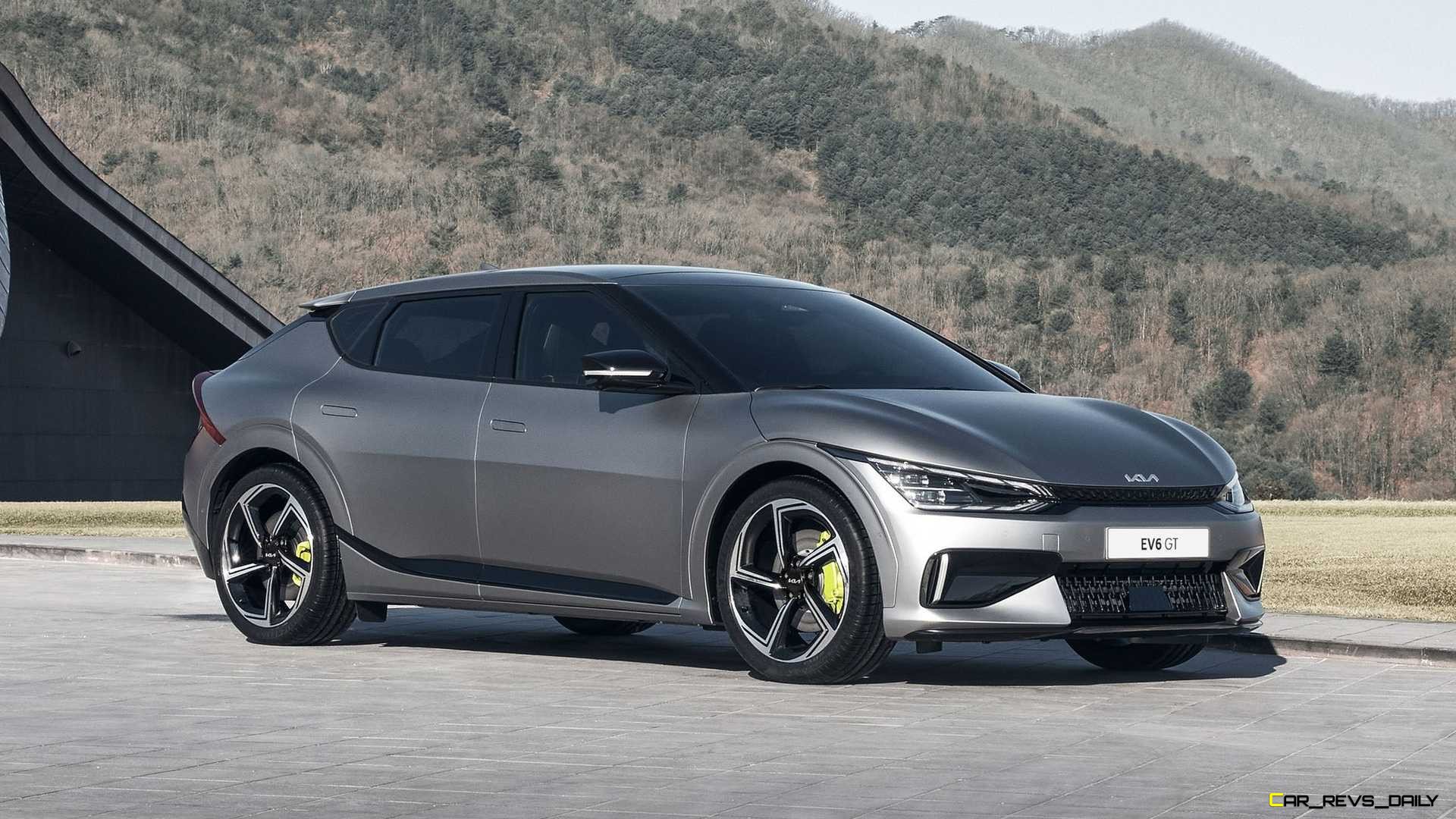 Kia recently revealed that it aims to transform into a green-centric brand, with the 2022 EV6 playing a very prominent role in that regard. While the international market got its first glimpse of the futuristic EV back in March, U.S. buyers were left wondering whether it would be coming to the U.S> or not? Kia has answered that question with the Time Square unveiling of the U.S. version of the 2022 Kia EV6.

EV6 Is A Potent Offering No Matter Where It’s Sold

When we last saw the EV6, it was making its debut in its Korean home market, and we were left wondering what sort of differences we would see in a U.S.-bound version? The answer to that question is minimal, with the U.S. market model being roughly the same as its international market cousins. The exterior styling appears to have not changed very much, and it would seem that the whole design was able to conform with tougher U.S. crash regulations.

That’s big since other internationally sourced models have to sometimes adopt awkward-looking embellishments for the sake of safety, and it’s pleasing to see that the EV6’s futuristic lines and its aggressive front fascia all gets to come over largely unchanged. The interior of the EV6 comes equipped with two large 12-inch integrated screens for the center display and the instrument cluster. The result is a large swath of screens that actually swoop their way from one end of the dashboard to the other.

The rest of the EV6’s technology clearly goes above and beyond the call of duty, with the EV boasting 21 different driver assistance features to help make commuting easier. They include a novel augmented heads-up display designed to work in sync with the navigation system to provide enhanced turn-by-turn directions. The flat bottomed steering wheel provides a very sporty look, and on range-topping GT models, it comes equipped with a special yellow GT button that allows drivers to tap into its performance potential fully.

EV6 Is An EV For The Thrill Seeking Eco-Warrior

Speaking of the GT, it also helps spearhead the impressive performance that the EV6 will bring to Kia showrooms. That particular model comes equipped with dual-electric motors that team up to provide a combined 576 hp, with all of those electrons being sent to all four wheels. This is enough to allow the GT to rocket its way to 60 mph in a swift 3.5 seconds, which allows it to be right in the thick of it with select Tesla models.

When it’s not roasting Teslas in straight line sprints, the GT also promises plenty of driving rage, with Kia claiming that the model can achieve 300 miles of driving between charges. That’s roughly in line with the 316-mile rating that the EV6 managed to achieve under WLTP testing standards and is an impressive figure in its own right too. For buyers that don’t need the GT’s brand of performance, Kia will also be offering three other models, with the base EV6 being powered by a 167 horsepower electric motor that will be mated to a standard rear-wheel-drive layout.

An upgraded version of that model comes equipped with a larger battery, allowing power to creep up to 218 horsepower. These two models are a nod to the lower end of the EV market and allow the EV6 to appeal to buyers that want efficiency but prefer to have it at a lower price point. Meanwhile, the all-wheel-drive side of the coin will be limited to two models, the fore-mentioned GT and a base AWD variant that makes 313 hp and can make the sprint to 60 mph in 5.1 seconds.

“The EV6 marks a new and transformative era in Kia electrification,” said Sean Yoon, president, and CEO of Kia North America. “This innovative crossover leverages the many benefits of its advanced platform to offer a level of technological excitement and convenience that will provide a superb ownership experience.”

The true trump card of the 2022 Kia EV6 is not its performance nor its sci-fi styling. Rather, the novel dual-mode charging system is the star of the show, with Kia claiming that it’s the first patented system of its type to be used in a production EV. Supporting both 400v and 800v of charging, the system allows the EV6 to be very adaptable when it comes to charging stations, with the car having the ability to add 70 miles of range in five minutes when it’s hooked up to a fast charger. Owners looking to add 218 miles of range will have to wait an extra 18 minutes, which is still very quick for an EV as far as charging goes. 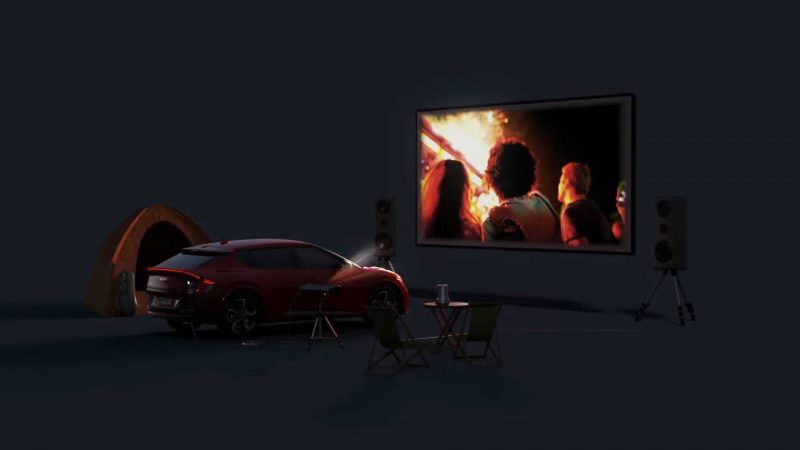 The system also has Vehicle To Load capability (VTL) that allows the EV6 to become a massive battery that can power virtually anything hooked up to it thanks to the 110-volt outlets that are added to it, with Kia’s press images showing the EV6 helping to power a compact outdoor theater setup. The EV6 can also charge other EV vehicles but only at 1.1 kW, which is on the slow side of things, especially compared to a standard 110-volt charger.

When Will It Come To The U.S.?

Like other Hyundai/Kia/Genesis offerings, the South Korean home market will get first dibs with that side of the world getting their EV6s later this year. A special First Edition EV6 will be coming to the U.S. with Kia building 1,500 examples of this particular model. The company claims that it will be a well-equipped offering but stopped far short of revealing what kind of performance buyers can expect to get from it. We suspect that it will most likely share its performance goods with the base all-wheel-drive version to help buyers a solid value play.

But while the ordering for the First Edition will kick off in June, U.S. buyers will still have to wait until 2022 to finally have a chance to formally add one to their garage. Deliveries here will kick off early next year, but the range-topping GT model will be out of reach for just a bit longer after that, with deliveries of the flagship model taking place towards the end of 2022.

But while the long wait for it to come here will be a tough pill to swallow for some customers, we suspect that it will be worth it in the end, especially once the 2022 EV6 has a chance to wow them with some of the innovative technology that it brings to the table.