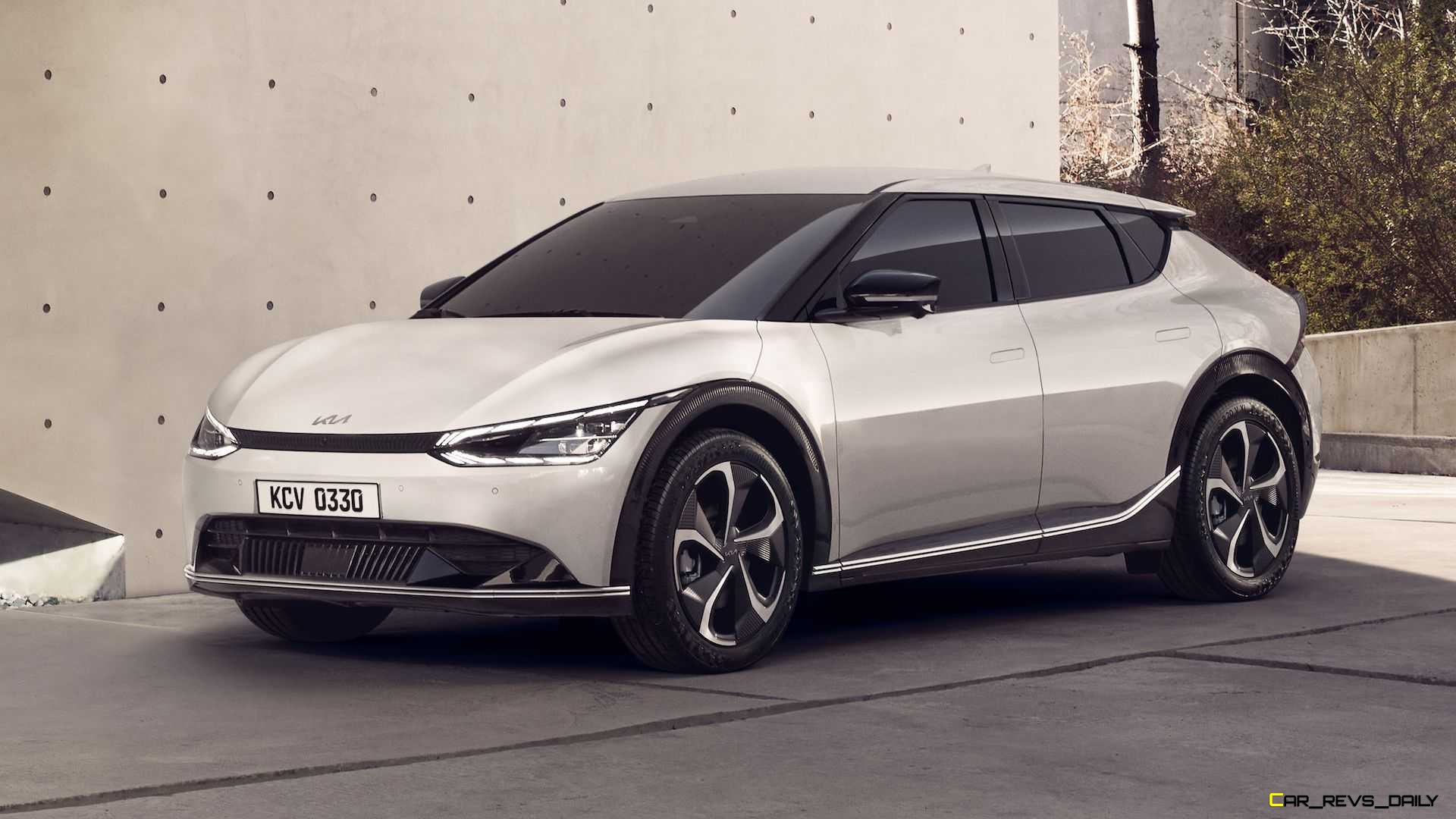 Back in 2007, Kia introduced what would ultimately become its signature design, the tiger-nose grille. The new front grille allowed Kia models equipped with it to look more assertive than their frumpy predecessors, and it also played a key role in catapulting Kia to its current levels of success. But after 13 years of loyal service, the Korean car brand is looking towards the future and will be moving on from this iconic design, with the all-new EV6 serving as a glimpse into what this new identity will look like.

As mentioned, the newly unveiled EV6 will serve as a glimpse into the new normal for Kia, with the EV6’s front fascia debuting what the brand calls the “Digital Tiger Face.” There’s also plenty of marketing jargon to process here, with Kia reps claiming that the broader look is called “Opposites United” and that it will be based on five key design pillars ‘Bold  for Nature,’ ‘Joy for Reason,’ ‘Power to Progress,’ ‘Technology for Life,’ and ‘Tension for Serenity.’

Once you’re done looking over this massive swath of marketing, you can focus on the EV6 itself, and it will follow many of the pillars very closely. The fore-mentioned front styling is very aggressive looking, with the sharp lines being complimented by dynamic lighting elements. The Kia sits low to the ground. It does have a resemblance to a sporty hatchback, though, with recent entries like the Chevrolet Bolt EUV warping the boundaries of what a proper CUV is, we won’t be shocked if Kia chooses to identify it as an urban-centric CUV.

The coupe-like profile is purely intentional, and it leads the eye to the rear fascia where the EV6 embraces its most controversial feature, a lighting element that extends from the left and right fenders with a large LED bar on the rear hatch unifying the two sections. The look is very similar to what Aston Martin has done with the Vantage and the DBX SUV, and it will certainly be the topic of many discussions at your local Kia dealership. As a whole, the EV6 will certainly be a more expressive offering, especially when compared to the recently unveiled Ioniq 5, which prefers a more subdued appearance.

The interior of the Kia EV6 continues Kia’s reputation of putting design and fun first on the priorities list. The look is spotless and futuristic, but the two-spoke steering wheel with the new KIA script helps set the tone. The dashboard is clean and simple, but some bold angles and some contrasting trim remind you that you are in a fun-focused green machine.

A large screen provides digital instrumentation and also serves as the main infotainment screen. Kia claims that some of the cabin’s controls will use haptic technology, which helps reduce the amount of button clutter. Kia claims that the EV6 also makes “innovative use of space,” with the bulk of this being achieved by the all-new E-GMP architecture, which allowed engineers to optimize the battery pack placement to enhance floor space and legroom.

If all of this sounds very appetizing, Kia is having you wait just a bit longer to hear all the finer details. The EV6 is slated to have a formal debut later this month, and we are hoping to hear the final word on performance, charge times, and some of the other Kia exclusive touches that the EV6 will bring to showrooms.

Look for availability and pricing to be unveiled around that time, allowing us to understand better what kind of customer Kia is shooting for with the EV6.