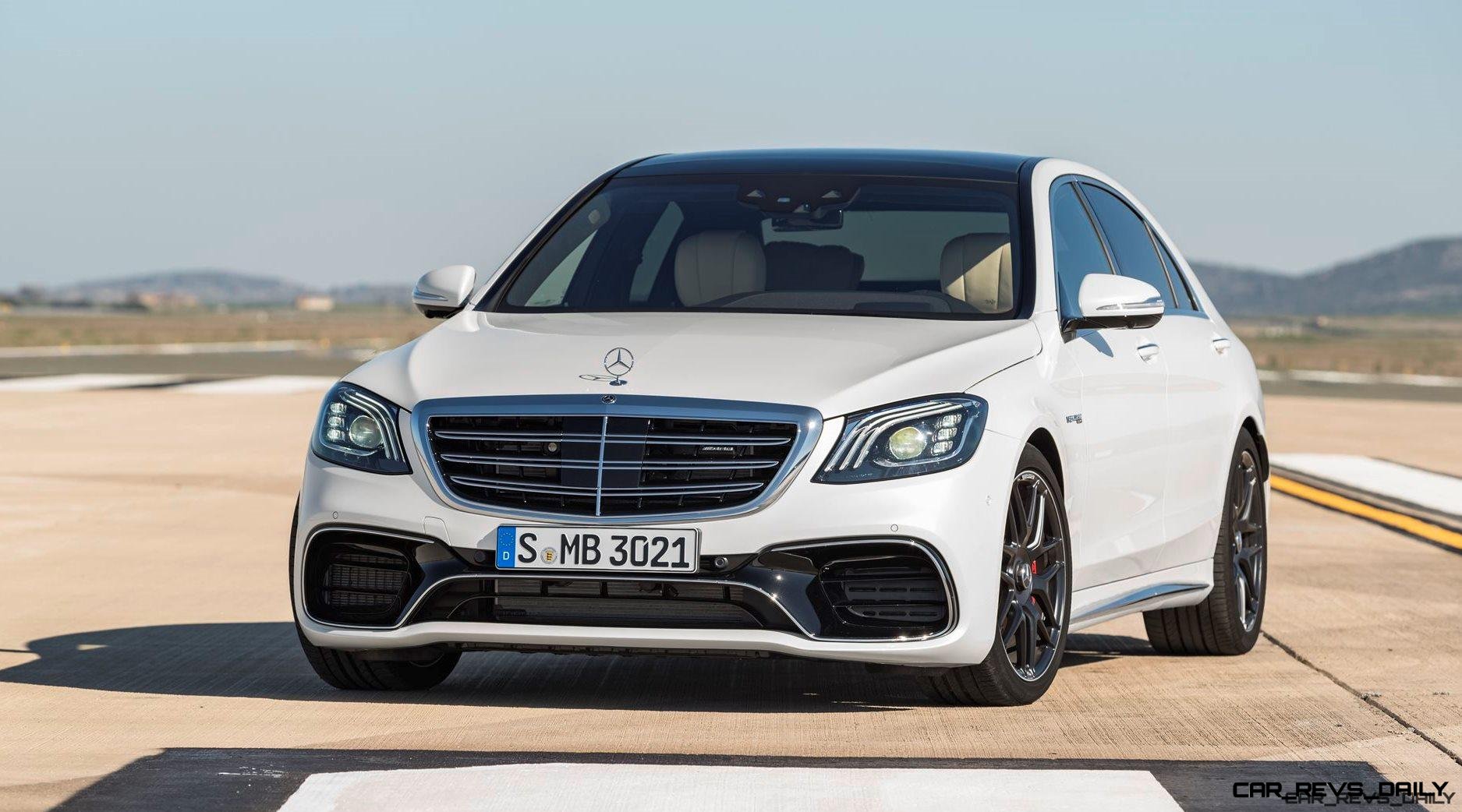 The revised S-Class is out today in Shanghai and the S63 is leading the pack!  The stunning musclecar of a limo gains a new engine, new wet-clutch-launch nine speed automatic and a newly engaging AWD system.  Power is up about to 603 ponies for the S63, while the S65 LWB model sticks at 621HP.

The name of the game for the new S63 is POWER.  The 3.4-second number is official for the USA run to 60-mph and is virtually fightin’ words versus Audi and BMW.  How did AMG get the time down even lower?

The autobox now has a clever wet clutch for launch engagement like a racecar, when needed.  The torque converter kicks in later for smooth shifts when outside Sport+ mode.  4Matic+ debuts in the new S63 with fully variable splits front and rear, as well as side to side. This will make it corner like a slingshot.

The looks are pretty evolutionary, with new bumpers and LEDs the main tweaks.  Up front the curl of LED DRL on the top edge of the lamps is now three individual light pipes.  All flip to amber for the indicator.

Inside, tech goes advanced with a single piece of glass for the two huge flatscreen displays in the current dashboard.  A new steering wheel banishes the droopy potty look of the current helm, mercifully.

The S65 is significantly more reserved in its speed promises.  It is rear-drive and long-wheelbase as standard.  So despite an extra 22 ponies from the V12TT, the S65 comes in at 4.2-seconds in the benchmark sprint.

As ever, it is the prestige and sound of this stellar V12 that makes ownership so enticing.  The S65 also wears a glossy bright mesh for the intakes up front, mirroring the new Maybach S680.

Technical data at a glance: