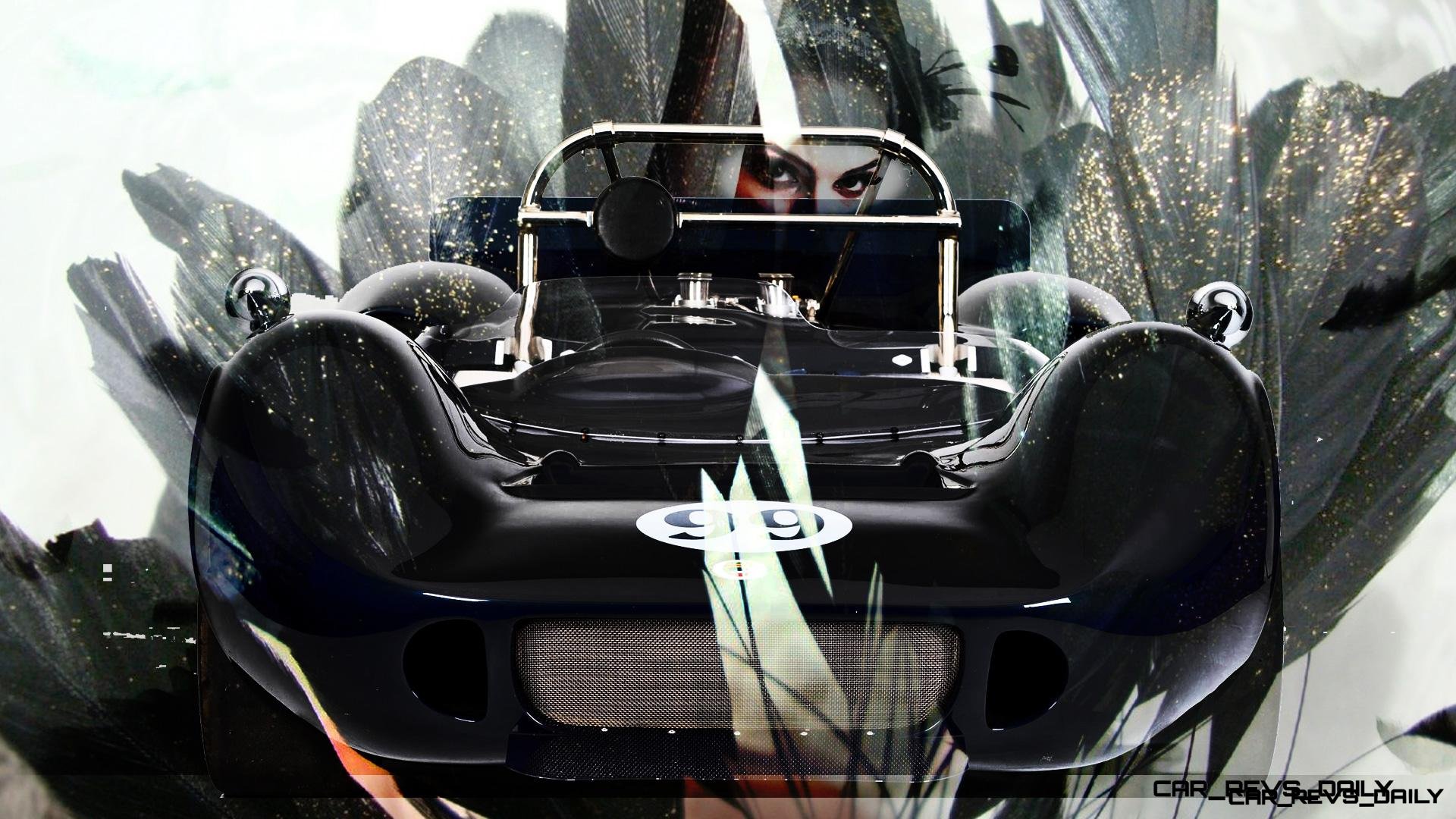 There is a reason you have not seen or heard many of these killer McLaren racecars.  The original McLaren origin story as a driver who starts his own race shop, and sells a few chips of genius to other enthusiasts and race crews. Refined and stiffened over the M1A, the B is one of the most sought-after of its era.

Just 28 of these M1B Can-Am cars were sold to be raced in the Can-Am racing series. The North American market was obviously the focus of these races, so the fact that just 28 were ever sold makes this car even more impressive.

And that is just the first act.

Why are no M1B’s around lately?

They were so dominant on the track, year after year, that they often raced until the last gasp.  Numerous new generations of Alfa Romeo T33 racecars of the same era, for example, were unable to beat the pace of this Ford-powered 1966 model — even into the mid-1970s.

This exact car has a fascinating exposition too: it did not escape the rigors of the race program.

After being discovered in the mid-2000s, the chassis was sent on a five-year restoration and recreation — often by hand, milling and making all the bodywork and many components.  Almost all the safety and speed gear, for example, is upgraded dramatically — modern parts, but original spec.

This was so the car could actually go racing today in classic events.

Bruce McLaren was one of the most successful Formula 1 drivers of the 1960s, but his legacy endures as a race car designer. His cars won 20 World Championships and dominated the Can-Am series between 1967 and 1972, winning 56 races, many at his hands. McLaren also won three Indy 500s, the 24 Hours of Le Mans, and the 12 Hours of Sebring.

In 1961, McLaren applied his design skills to the M1 sports racer, developed at the same time as the Lola T70. The two mid-engine cars would fiercely contest the new Canadian-American race series. The M1 had independent suspension with coil springs and widely spaced wishbones. The multi-tube chassis was light and rigid, with aluminum panels bonded to the sides, stressed floor, and bulkhead; the main tubes doubled as oil and water pipes.

McLaren launched the M1 at the Mosport Grand Prix for sports cars in September 1964, where he led the race until throttle problems dropped him to 3rd. McLaren contested the rest of the season, and the car attracted customers. The first customer car was delivered in 1965, and Graham Hill won at Silverstone. Meanwhile engineer Robin Herd designed the M1B, with Tyler Alexander and Michael Turner. The chassis weighed the same, but was 20 percent stronger. Eventually 28 M1Bs were built for the American market. This project began in 2008, when the owner purchased an M1B chassis to restore. He was then fortunate to locate and hire Bill Moir in Oregon to help reconstruct the car. Moir, who prepared McLarens when they were imported by Carl Haas, determined that the chassis had a few usable parts, though the balance was not sound for racing. The original parts retained were the steering rack, rear axles, transaxle, and the left-hand fuel cell (which was sent to Aerotech Services for refurbishing). He then spent four years building the car before it was taken to Rick Hamlin for final assembly to fit the new body to the chassis. Hamlin, owner of Rick’s Restoration in Wellington, Kansas, has 45 years of experience in historic auto restoration and is also a multiple Pebble Beach winner.

The engine, built by Pantera Performance of Castle Rock, Colorado, is a bored and stroked, dry-sump, 348–cubic inch, aluminum-block Ford V-8 fitted with period-correct Weber carburetors and Edelbrock aluminum heads. More than 500 brake horsepower is delivered through a three-disc Can-Am-style clutch to a Hewland LG500 transaxle, which was rebuilt by the Matthews Collection in Colorado and has two sets of gears. The original Airheart brakes have been replaced by Wilwood units, and the 30-gallon fuel cell has new foam. The total time on the chassis and engine for track set-up, dyno, and testing is approximately three hours.

This car’s restoration is documented and photographed, and a substantial collection of spare parts are included. While the car’s appearance is impeccable, it has been properly prepared to be competitive and safe on the track. Armed with a vintage log book, it is eligible for the 50th Anniversary Can-Am events through HCCA, as well as the 2016 Goodwood Revival and USRRC events.

Please consult an RM Sotheby’s specialist for a complete list of specifications as well as equipment and spares that are included with this lot.