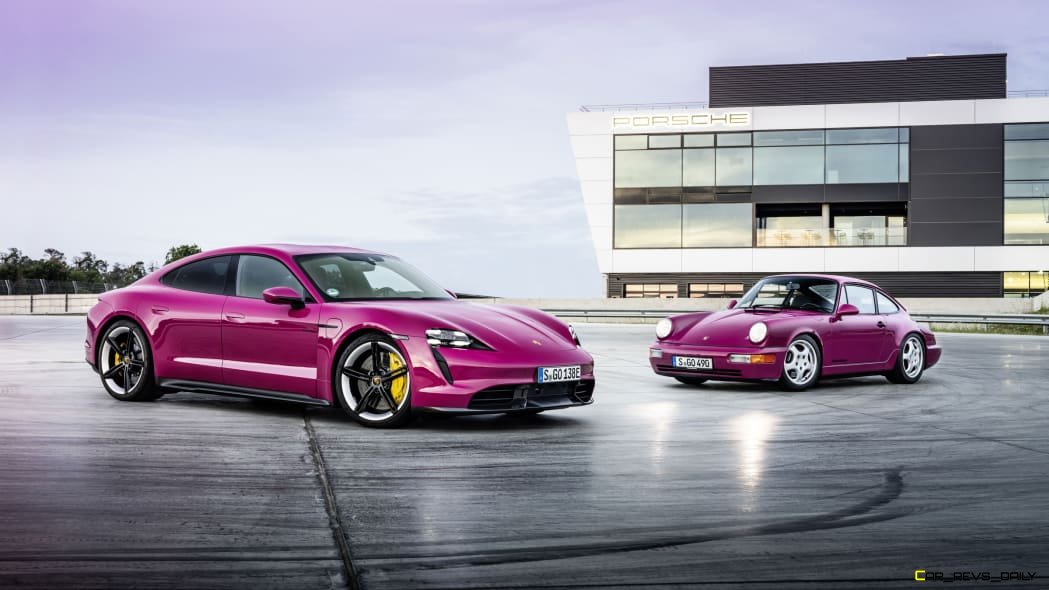 The Porsche Taycan and its shooting brake sibling, the Taycan Cross Turismo, were designed to carry Porsche into a green future thanks to their clean lines and their advanced lineup of driving technology. But even these futuristic super EVs need an update once in a while to keep rivals like Tesla from snatching their vaunted spot in the EV sales race. Porsche has delivered the goods and has announced some new tech upgrades and a few splashes of extra color for the 2022 model year. 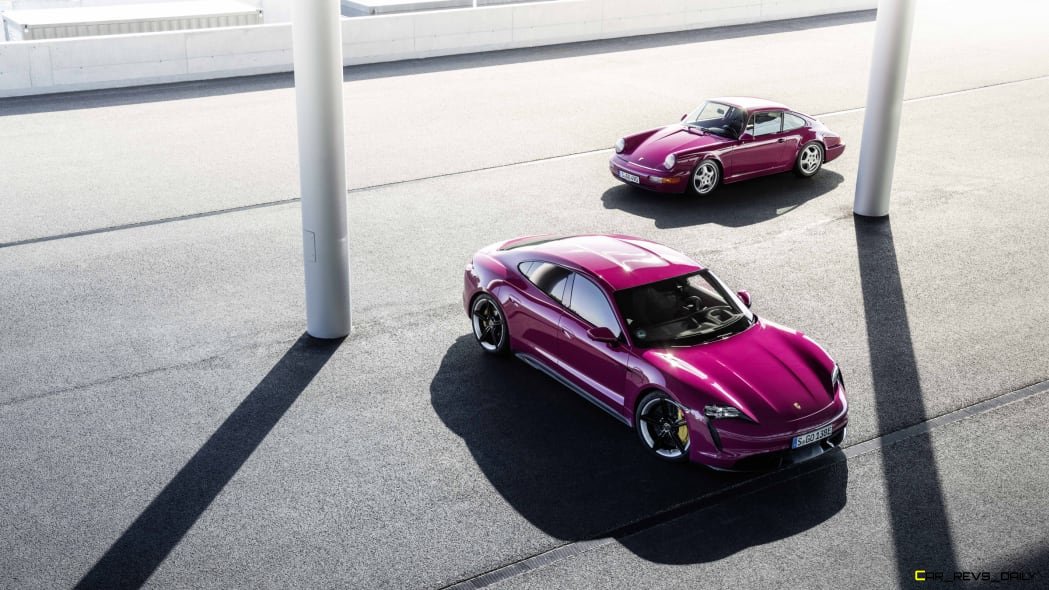 The Taycan has always been a very flexible canvas for customization. Porsche offers two different color lineups (Paint To Sample and Paint To Sample Plus), with both categories allowing customers to go wild with their imagination. Paint To Sample offers 65 different hues with notable colors, including Rubystar *pictured, Riviera Blue, Acid Green, and Moonlight Blue Metallic. The latter category is equivalent to some of the other custom-focused options we have seen in the bespoke car segment. Owners are allowed to literally come up with any color they can think of. Some Porsche salespeople we talked to claim that Paint To Sample Plue can even be used to replicate rival paint colors (Imagine a Porsche with Ferrari Yellow or British Racing Green.)

The enhanced paint colors also come with better technology, with the all-electric powertrain now coming with improved thermal management software and enhanced charging modes. The Turbo Charging Planner feature is one of these improvements, with the system actually heating the battery during charging. This slight temperature increase not only quickens the charging process but also allows it to reach a higher state of charge. As a bonus, the car can harvest some of the excess heat from other components and use it in the same manner. 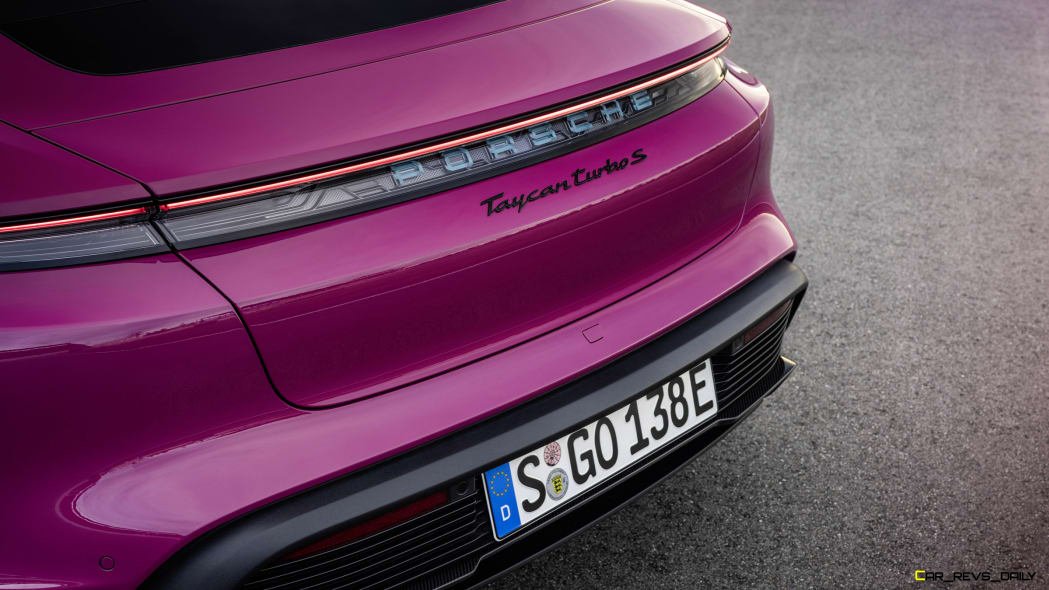 Remote Parking Assist is also newly available. This allows the Taycan to seamlessly pull in and out of a parking space without any involvement from the driver (though that can be restored if the driver chooses to take over via a properly equipped smartphone.) It’s not the first time we have seen this type of system on a vehicle, but it’s very welcoming to see the Taycan add this nifty parlor trick to its large velvet-lined hat for the new model year. Android Auto is also included in the mix for 2022, but this is not a wireless application and is, in fact, an older wired version that requires an android equipped phone to be formally plugged into the car.

Porsche claims that the 2022 Taycan lineup will be making its way to dealerships towards the end of this year, but we get to wait a while longer to see any information surrounding pricing. However, look for a small increase over what we currently see now, especially with the higher amount of technology on hand.