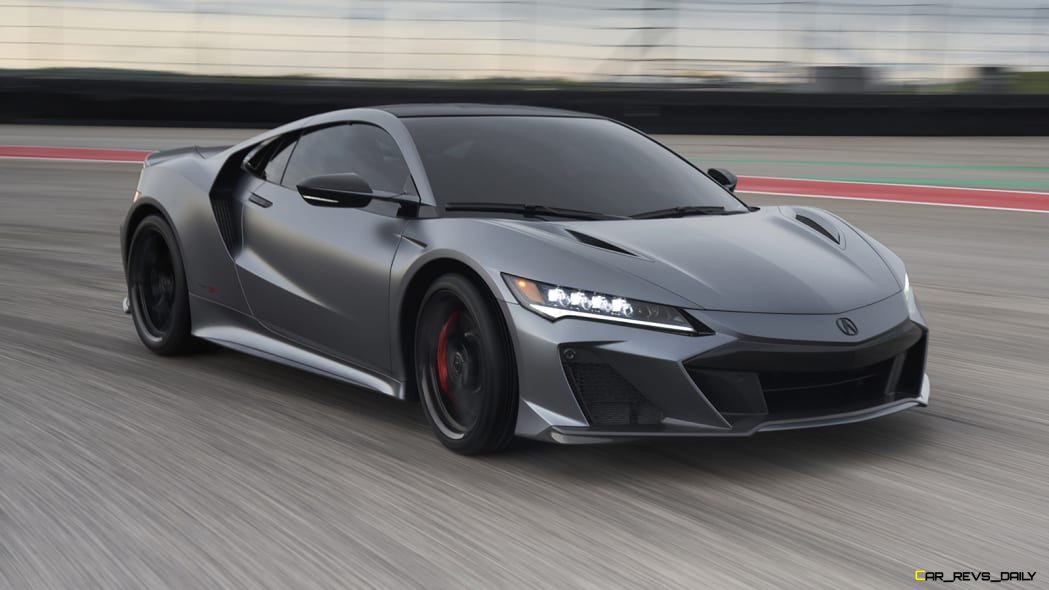 The urge to add more power is a tough temptation to resist for many automakers. That includes the folks at Acura who decided to answer a seemingly timeless question: What would happen if you took an Acura NSX, tinkered with it slightly, and added a bit more power to the engine? You might end up with the 2022 Type S, which rewrites the rules of what an NSX can bring to the road and the track. 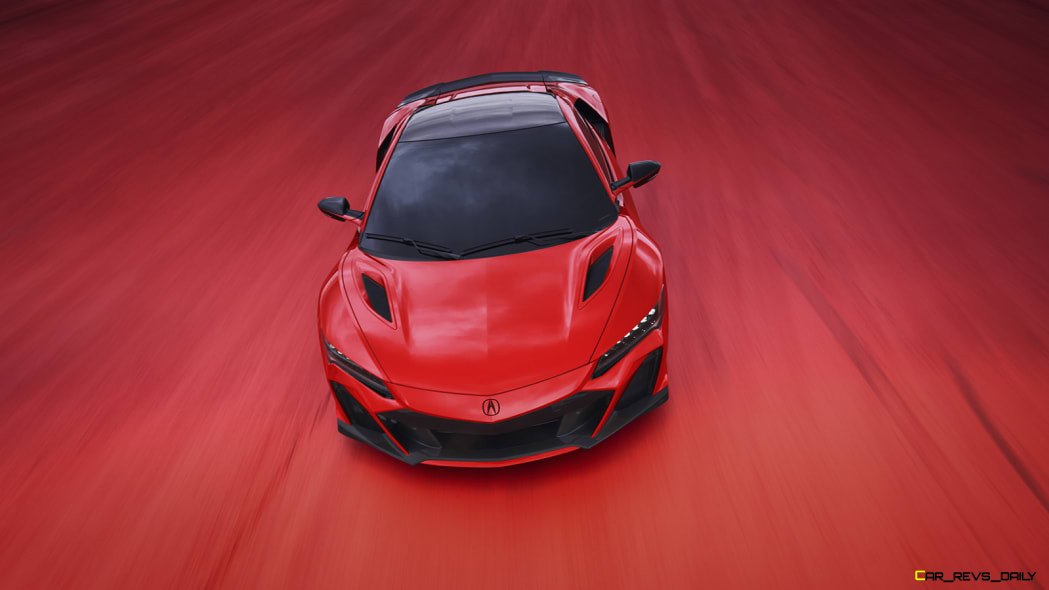 The bulk of the bodywork retains its futuristic design, and to casual observers, it might seem the Type S cruised through life unchanged. However, look closer, and some of the minor changes make themselves apparent. The front grille has larger openings which help push more air into the radiators, while the outer openings come equipped with special ducts that help create an air curtain. This curtain channels air into the side intakes that are connected to the intercoolers.

Other styling goodies include steel mesh for the grille material (instead of plastic), darkened lenses for the lights, black accents for the door handles, badging, and other bits. The Type S also debuts a brand new hue called Gotham Grey, with the Batman-inspired paintwork only being limited to a mere 70 cars out of the final 350 production total. An optional lightweight package adds carbon fiber accents to the interior and engine cover, with carbon fiber rotors making their way to the brakes. Acura claims that all three of these additions help trim 58 lbs from the car. 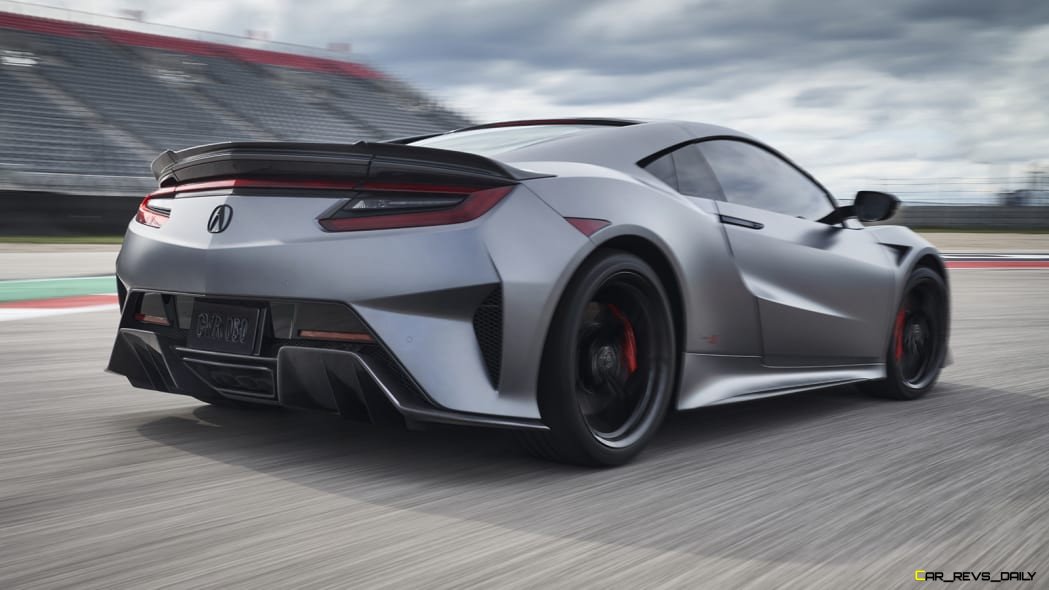 The interior takes a more subtle approach to its list of tweaks, but it comes with plenty of Type S and NSX badging, including some novel Type S badges on top of the dashboard. An Alacantara headliner is exclusive to this model, but the rest of the core design carries over from older NSX models. While this means that the infotainment system will most likely not get the updates that some buyers wanted, we suspect that the thrills on hand will be a very potent distraction from that little quibble. 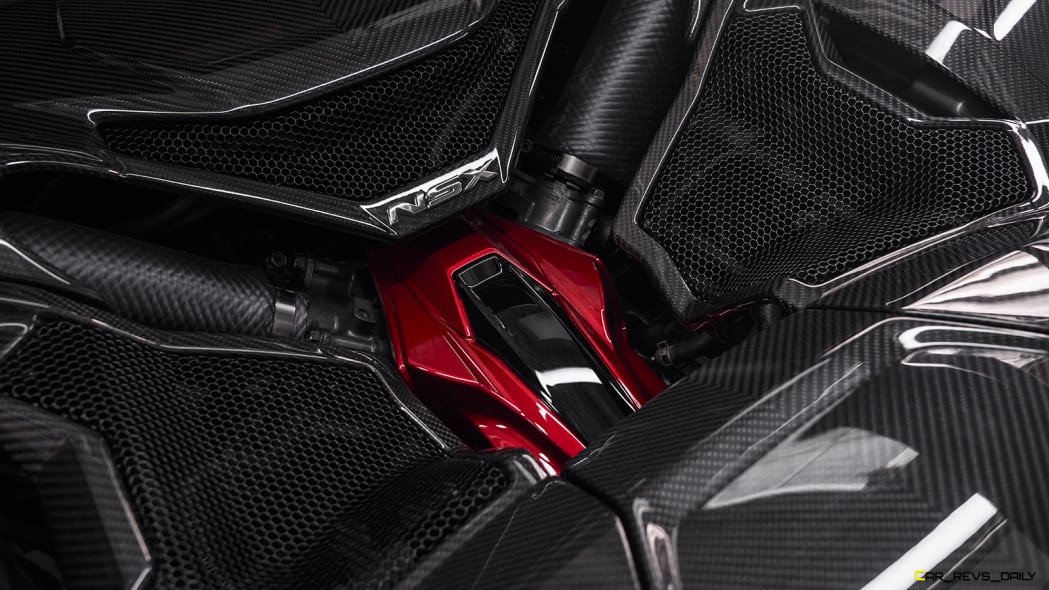 The punchline here is found in the engine bay, with the Type S bringing some extra muscle to weekend track days. The twin-turbocharged V6 is still there, but it now makes an even 600 hp which is a 27 hp gain over the standard NSX, and is paired with a nice 16 lb-ft bump in torque with the revised figure ringing in at 492 lb-ft of torque. While honed drivers will only notice this subtle infusion, it should still be enough for everyday drivers to enjoy.

Acura has recently committed to refocus on bringing some of the lessons from the racetrack into their streetcars. In the case of the NSX, that means literal race-derived technology with the larger turbochargers being borrowed from the GT3 NSX racecar. The adaptive suspension and the transmission have both been reworked to improve responsiveness, with the all-wheel-drive system also being given an extra plate of hot peppers in its stew. The transmission also comes with a Rapid Downshift mode that allows the driver to quickly shift to the lowest gear with just one quick tug of the steering-wheel-mounted shift paddles. With all of these ingredients in place, it would be interesting to see if the Type S can deliver a higher amount of driver satisfaction than the stock NSX, which would be a tough act to follow, especially with the good first impression that the NSX made when we raced around Road America in it some time ago. 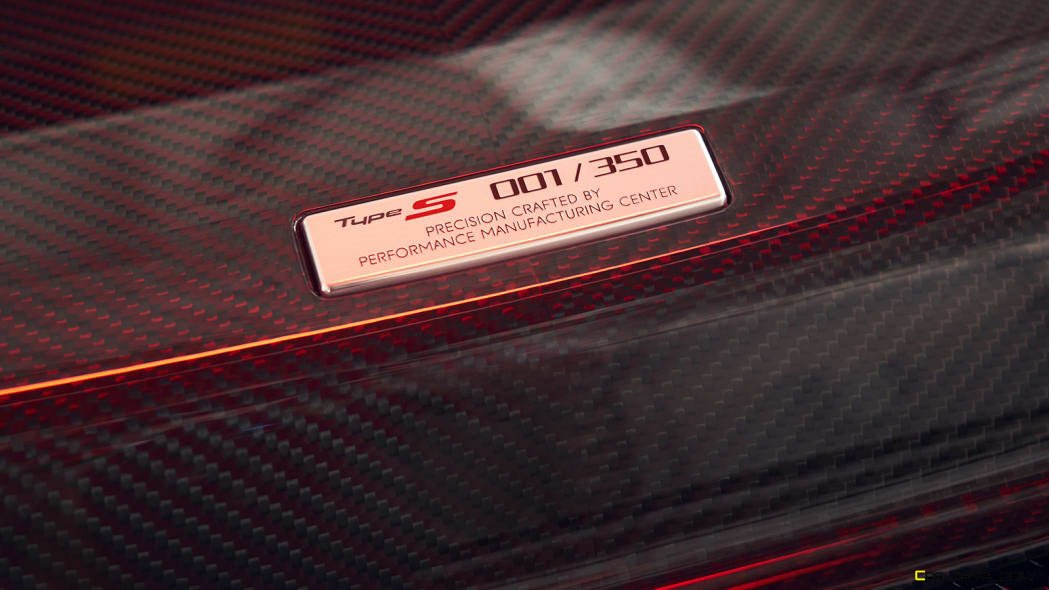 The 2022 Acura NSX will be making its formal debut this week during Monterey Car Week. Still, buyers who cannot make the trip to California will be pleased to hear that Acura has opened up online ordering for the model. As mentioned, 350 units will be offered, with the U.S. getting the lion share of the amount (the remaining 50 are for foreign markets.) Base pricing starts at $171,495 with the destination fee, making the Type S one of the few remaining bargains in the supercar market.