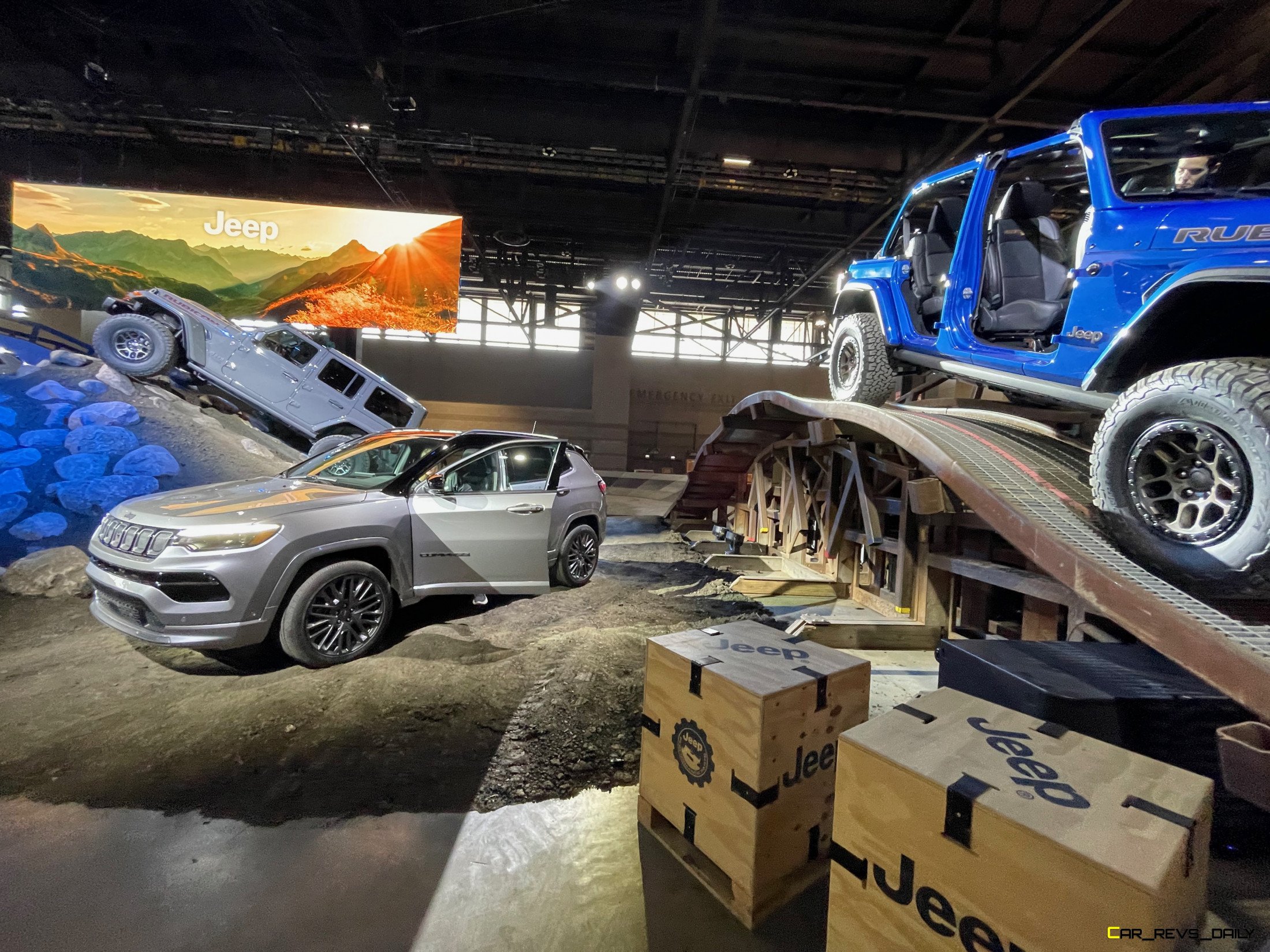 From the last major auto show to this now first major auto show, Chicago book-ended the pandemic. It was nice to get back to the Windy City for a good day out with cars, and plenty of construction workers making it all come together. Jeep had the best product introduction of their new Compass and Wrangler offerings. Ford brought the F-150 Lightning, Bronco (non-sport), and segment busting, super-versatile Maverick compact pickup truck. Kia introduced their new logo, along with the EV6. Nissan showed the better in-person Proto-Z, looking ready to roll into dealer showrooms with a blend of old and new styling cues. Toyota as only they can do, is dropping what will likely de-throne the RAV-4, the Corolla Cross small utility vehicle. While Volkswagen did their best introduction of the remaining Golfs that will make their way to our shores, the GTI and R. The hot hatches with exclusivity guaranteed by their entry prices. I sampled the Ford Bronco making some amazing yak-like terrain maneuvers with Shelby Hall at the wheel. And nice brief spin around the block in the Mustang Mach-E, which will prove to turn a lot of people on to mainstream, stylish BEVs. The physical dial inset in the main screen alone is my favorite thing. Enjoy this sampling of an auto-show in the midst of having its final touches put on. The carpet was not down, air conditioning turned off, but breakfast pizza from Connie’s kept me powering through like a fully charged auto show nerd. Great to be back to something akin to normal in the automotive world.