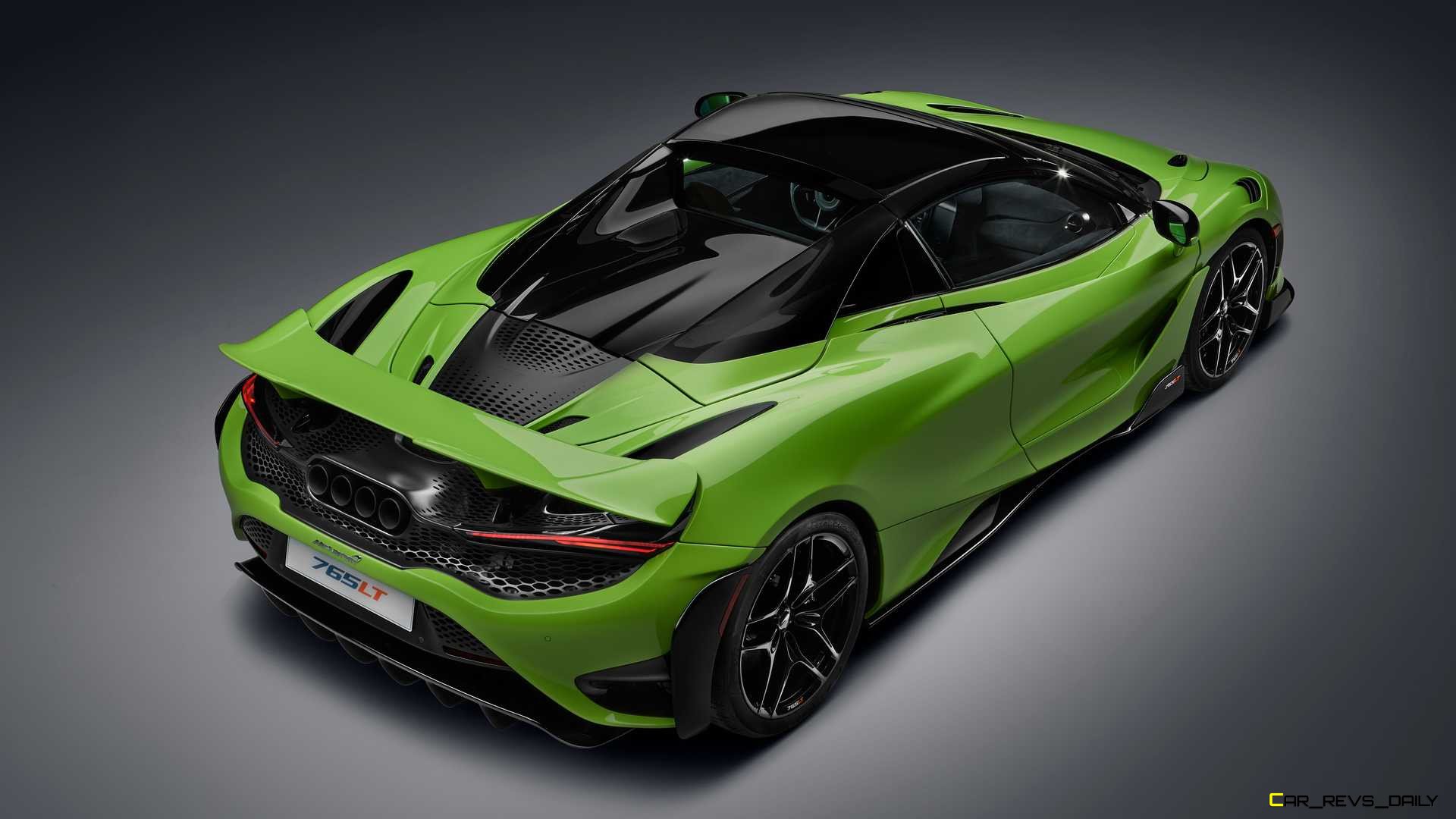 It’s not often that we hear from the folks at McLaren, but when they unveiled the 765LT coupe, they do so with as many figurative explosions as a Michael Bay film or a powerful Klingon warrior going in for the kill with his blade. This approach to things has helped the British supercar maker renew its assault against Ferrari and Lamborghini and has transformed the firm into a major player. McLaren wanted to be the last word when it came to droptop performance, too, and has dropped the roof on its latest Spider model, the all-new 2022 765LT Spider.

Before we get into the finer details, we might as well address the raging bull elephant in the room and that’s the performance, with the 765LT Spider being the most powerful open-top McLaren that the company has ever produced. Power still comes from the familiar 4.0 liter twin-turbocharged hand-built V8 with the 765 hp and 590 lb-ft of torque figures all carrying over from the coupe. However, the company has revealed that the automatic gearbox has had its ratios tweaked to deliver swifter acceleration.

The result is a 0 to 60 sprint of just 2.8 seconds and a quarter-mile time of 10 seconds flat before finally topping out at 205 mph. That’s insanely quick, but thankfully, this 765LT Spider is not a one-directional driving experience with track-focused handling also being a part of the package. Part of this is achieved with the insane amounts of rigidity that’s baked into the Spider’s platform. Unlike other convertibles that quiver and shake like a plate of unattended Jello when they lose their roofs, McLaren reps claim that they did not add any additional bracing to the car. The amount of bracing already present is carried over from the coupe, except for two carbon-fiber supports to help provide rollover protection.

Dropping The Top On The 765LT 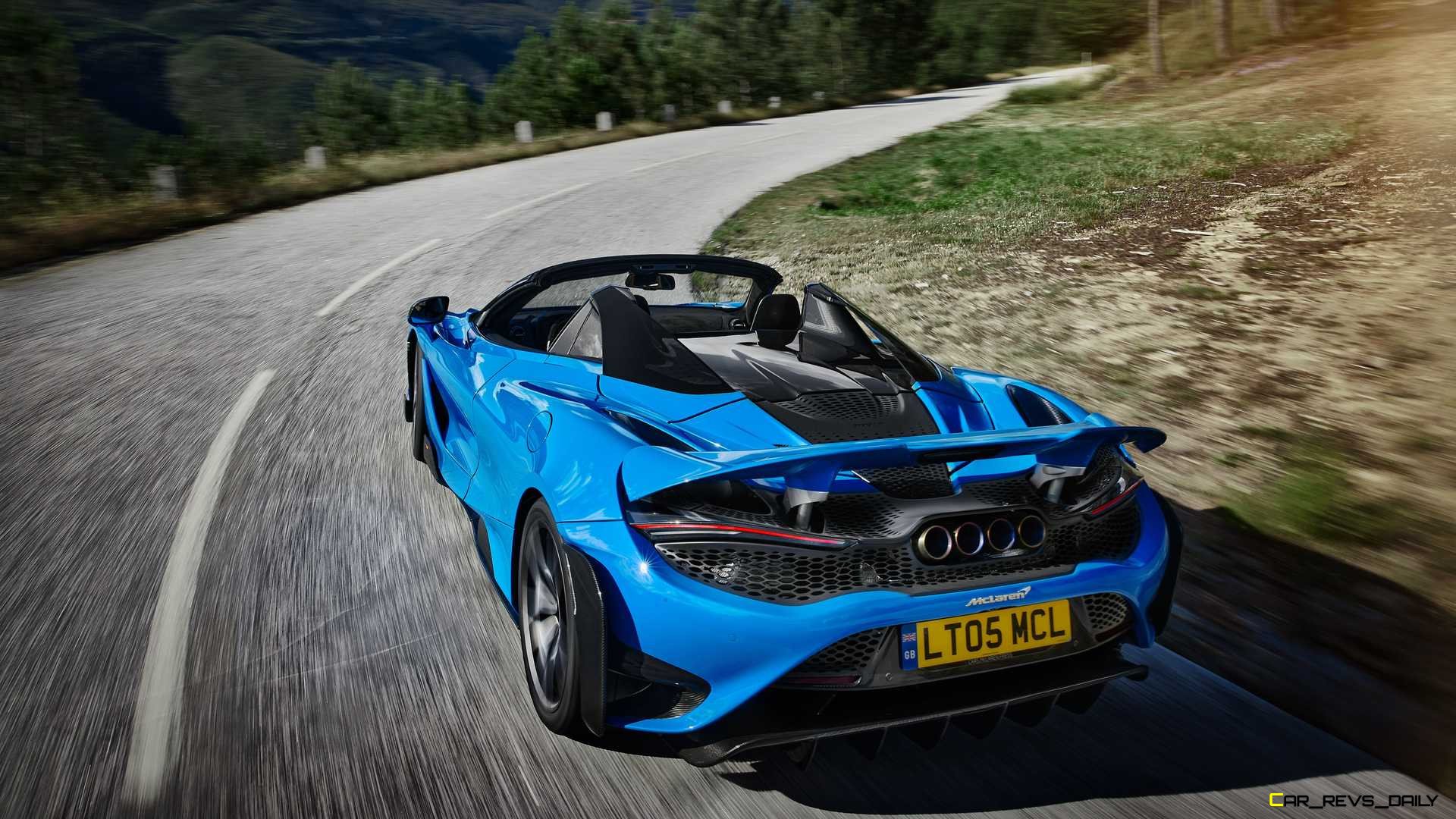 Serving as the key attention-grabber here in the 765LT spider is the one-piece carbon-fiber hardtop. This piece can fold up and down in a mere 11 seconds, with the process capable of being done at speeds up to 31 mph. The top does not detract from the rest of the elegant styling and it does a good job of meshing with the rest of the design. The tradeoff, of course, is slightly higher curb weight, but thankfully, the lightweight carbon fiber components only add 106 lbs of flab to the car while still allowing it to be 176 lbs lighter than the 720S Spider. Like other McLarens, there’s no formal rear trunk area, with cargo space being limited to the front-mounted frunk as well as the front passenger footwell when your driving solo.

McLaren is not quite ready to spill the beans on U.S. pricing just yet, but rarity will be a continuing theme here, with the 765LT Spider only being limited to 765 examples (the same as the original coupe.) The company did release pricing for the UK home market though, and buyers over there will have to pay a hefty premium with those models starting at £310,500 which is a princely sum. However, as they say, action favors the bold. If you have the necessary finances, the 2022 McLaren 765LT Spider will definitely be a very wise purchase for those that prefer to fully immerse themselves in the driving experience.