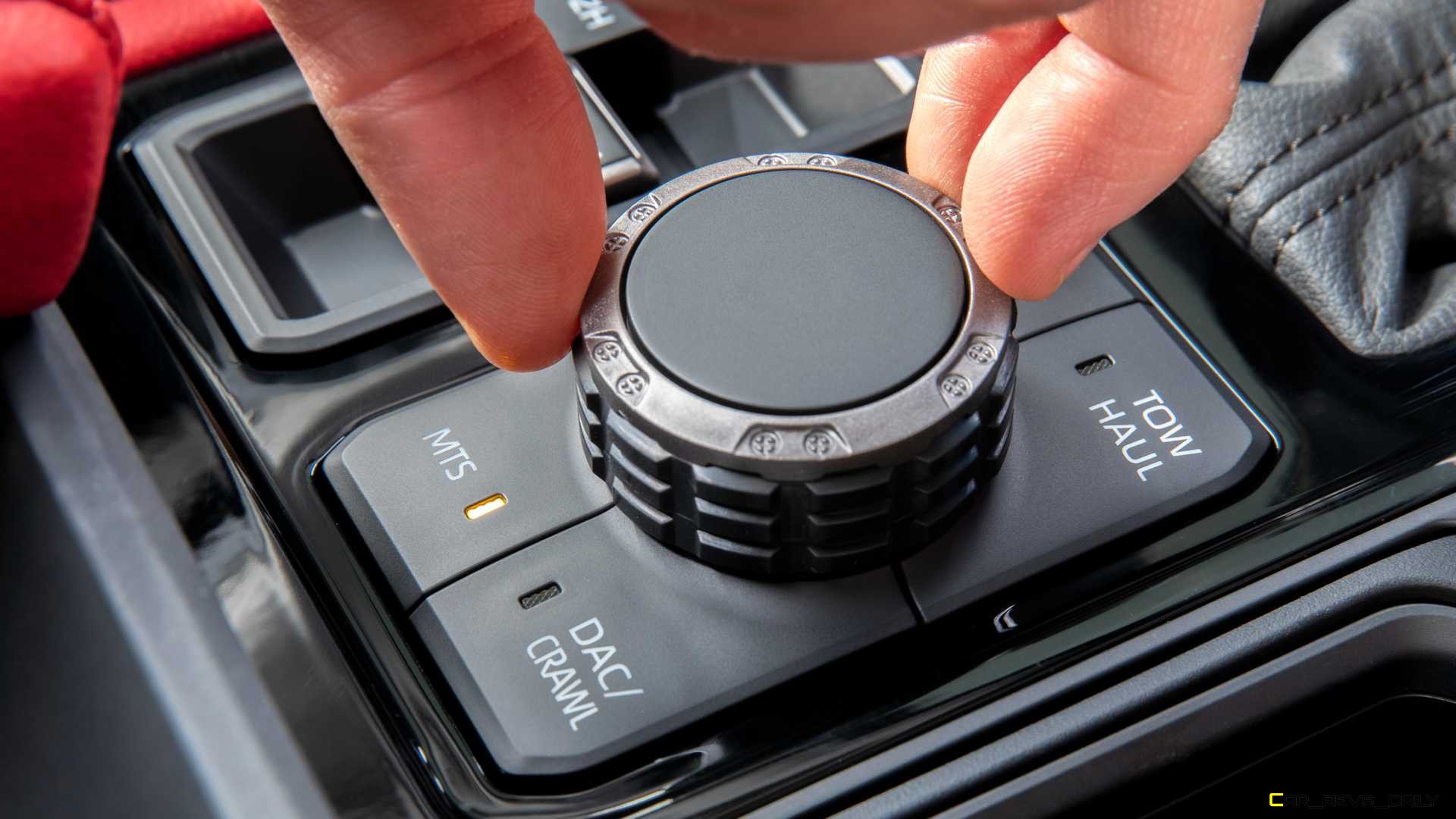 The 2022 Toyota Tundra has had a very bumpy road when it comes to its teaser campaign. The initial round of teasers began a few months ago, but the Japanese auto giant was forced to do damage control when leaked images of the truck emerged. This time around, Toyota did something a bit different and used the latest round of teasers it released to shine the spotlight on some of the things that help make the TRD Pro model tick. 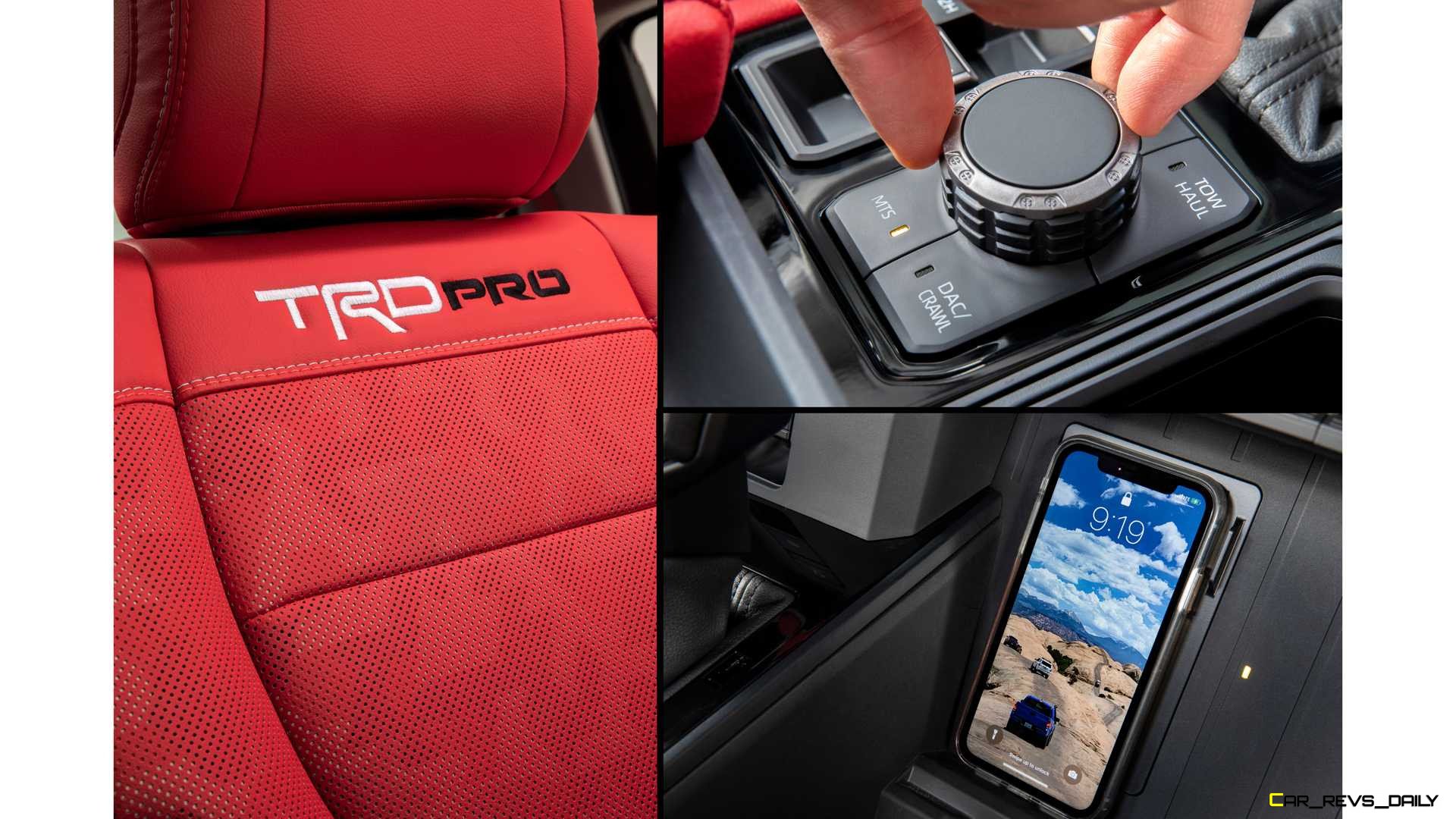 Toyota claims that the TRD Pro will set the bar for comfort and features when it goes on sale. But while the short teaser video that Toyota released was a scant 12 seconds long, some accompanying images and a handy screengrab help fill in a few of the blanks for us. A prominent change is the bright red leather seats. The TRD Pro logo moves from the headrests to the main backrest, and it appears that the seats will also be heated and cooled, which would be a first for the TRD Pro (which typically only offers seat heat.) The perforated leather also looks richer and helps propel the truck into borderline luxury truck territory.

The star of the show, though, is the all-new Multi-Terrain Select system. Also making its debut on the 2022 TRD Pro, the system is controlled by a large rotary knob surrounded by four satellite buttons, with each corresponding to a specific drive mode. The teaser images also reveal a fairly large wireless charging pad for mobile devices and even our first tiny glimpse of the all-digital instrument cluster, which also shows us the truck’s side profile for the first time. Even in pixel form, it’s a very impressive look with the bulging wheel arches meshing with the CrewMax cab. 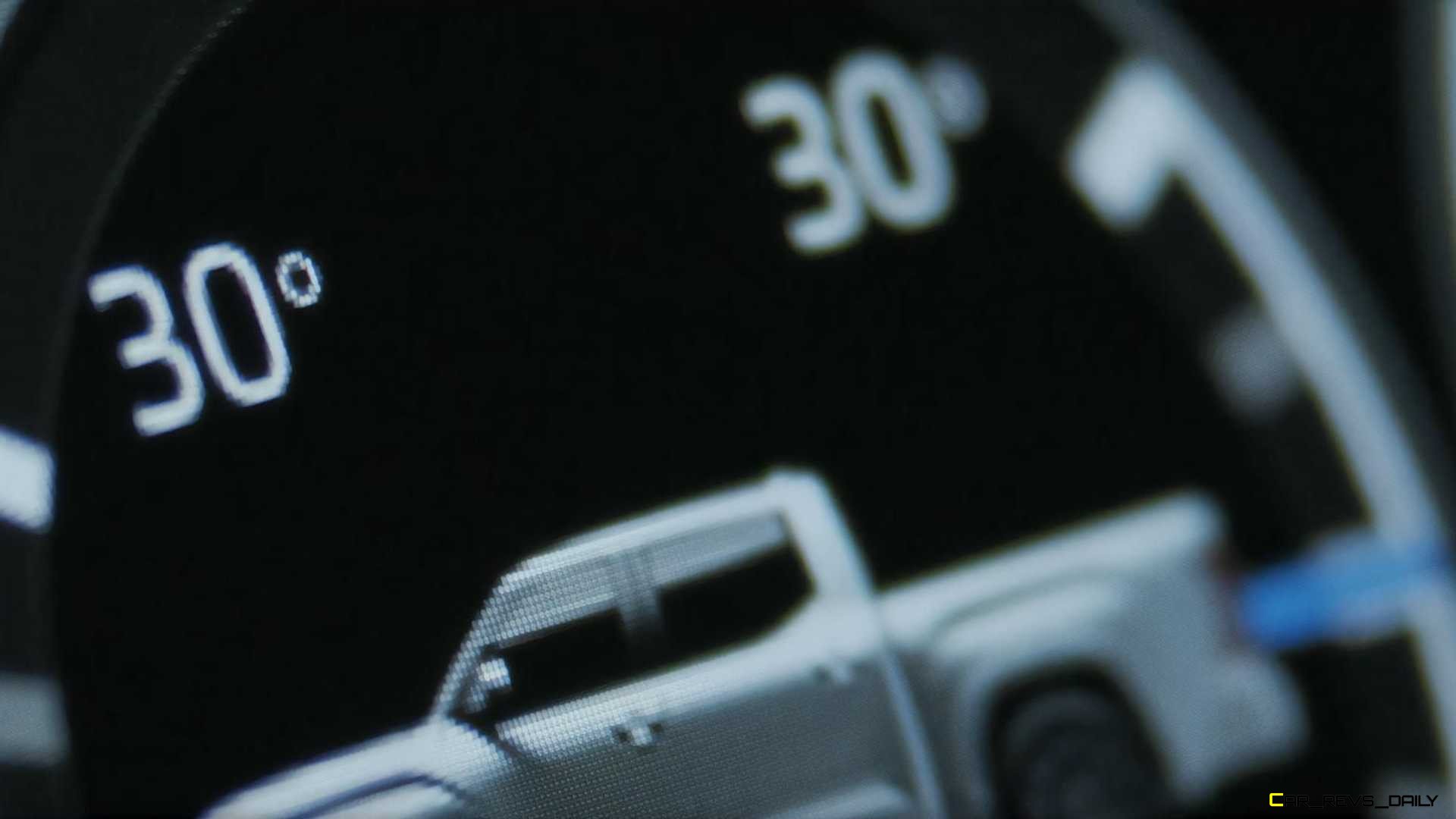 But while Toyota claims that it’s setting the bar in terms of comfort, capability, and convenience. The one key problem is that it’s not easy to see what the Tundra has to back up such a claim? Many of its rivals have adopted similar technologies and have even made exterior, and interior design moves to make their trucks more approachable for families. There’s still plenty of mystery surrounding the 2022 Tundra and what it will fully bring to the table for buyers.

As a result, we will have to wait until the truck makes its debut this fall to make any sound judgments, but with the segment as a whole rapidly evolving, the 2022 Tundra will have to pull a rabbit out of its hat of tricks to draw maximum attention.