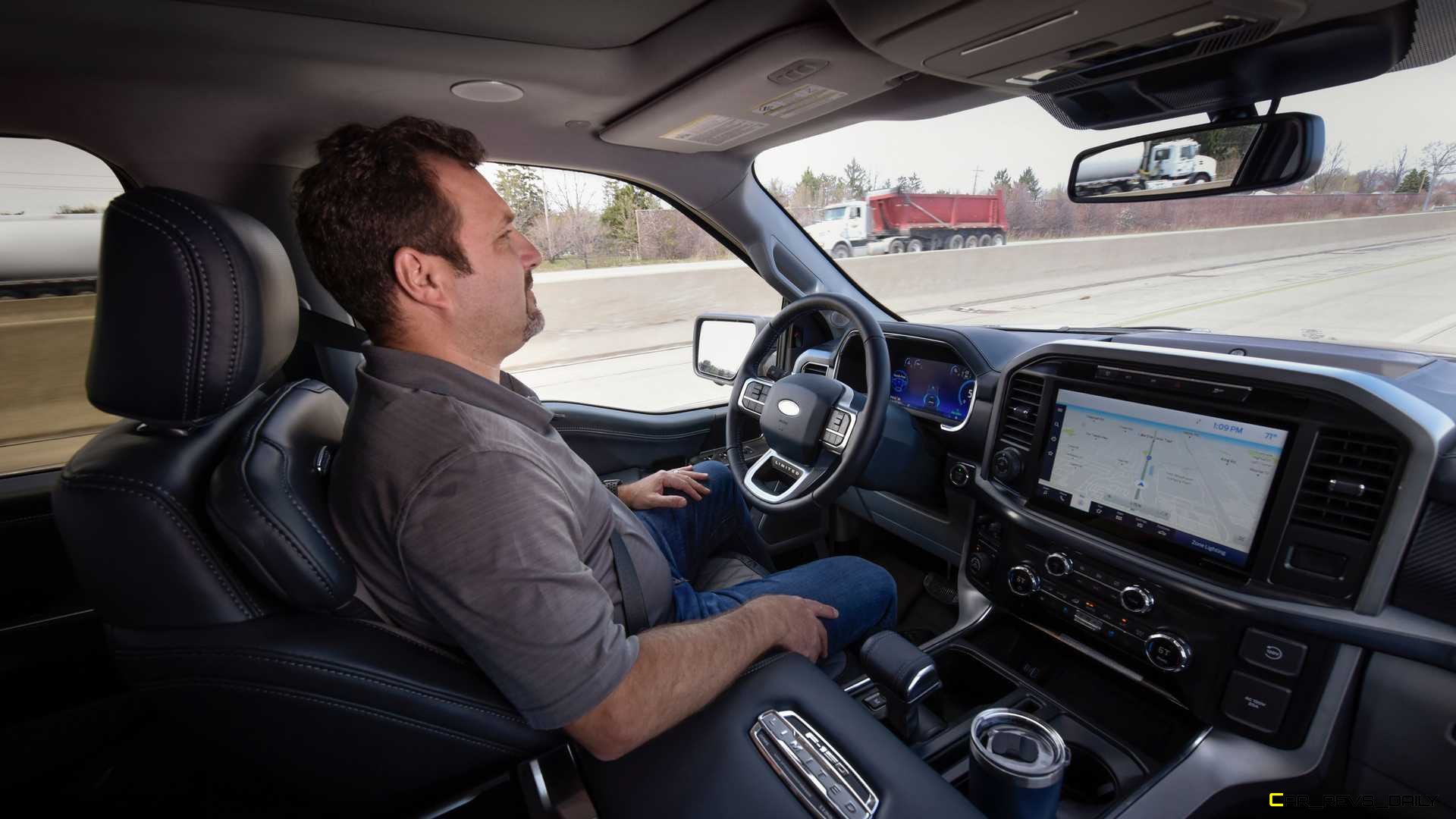 GM’s Super Cruise technology has been a game-changer in the automotive world, with the U.S. auto giant fine-tuning the technology over the years to the point where it’s finally trickling down from Cadillac. While GM has been relishing the strong start it has had, it will no longer be the lone wolf on the block with crosstown rival Ford unveiling their all-new ” BlueCruise” system.

A New Identity For A Familiar System

Blue Cruise may be all-new in its current form, but it will be very familiar to those that follow some of Ford’s past corporate reports. Formerly known as Active Drive Assist, BlueCruise will initially appear on both the 2021 Mustang Mach-E and the 2021 F-150 pickup. However, both models need to have the company’s CoPilot 360 Active 2.0 package, which already comes with the bulk of the soft and hardware needed for BlueCruise to work.

Mach-E buyers will have the easiest time of it, with CoPilot 360 being standard on all but the base Mach-E model (those versions get it as part of a $2,600 package.) As for the F-150, the range-topping Limited model has it standard, but buyers will have to add it as an option on the Lariat, King Ranch, and Platinum trims. The feature will come via a software update, with buyers being asked to pay $600 to have it installed. The fee includes a three-year service period, but Ford did not reveal how much buyers would have to pay regularly after the three-year grace period is up. This is roughly similar to what other subscription-based services do to introduce consumers to their products. We will be keeping our eyes open for when that figure is officially released.

What BlueCruise Features Do You Get For The Money?

If this sounds like a manageable arraignment for you and your family, the next question you might be asking is what you’re exactly getting for the money? The answer is a system that offers hands-free driving in compliance with SAE 2 classification standards. Ford claims that the system is very similar to how Tesla’s Autopilot system works, but the company claims BlueCruise offers a true “hands-free driving experience.” We’re not quite sure what that exactly means, but on the surface, it appears that BlueCruise shares some of the core essentials with GM’s Super Cruise system. That includes a combination of radar and camera technologies and an in-car monitor to help ensure that users are actually paying attention to the road and other tech to help facilitate the subtler aspects of hands-free driving.

A key difference, though, is how the system will communicate with drivers, with Ford claiming that BlueCruise will use both color and text prompts to deliver messages to the driver. That’s a noticeable departure from its rivals which rely almost exclusively on color-coded prompts to convey various messages. This auxiliary text function could add an extra layer of communication for some consumers, especially those who may suffer from color blindness and cannot see common warning colors like green and red. The system will also come with 100,000 miles of pre-mapped areas called Hands-Free-Blue Zones, with the automaker promising that more stretches of road will be added as the feature matures.

When Can I Opt-In?

As mentioned, Ford will be rolling out the technology later this year, with more information regarding wider availability coming soon. The company plans to sell about 100,000 equipped vehicles by that period of time, with the bulk of the sales most likely carried by the F-150. Eventually, look for other models like the Explorer, Expedition, and even the hot-selling Escape to help further expand BlueCruise’s reach once those three have the chance to get the required hardware for it. Ford also released a brief video of the system in action which can be seen below.