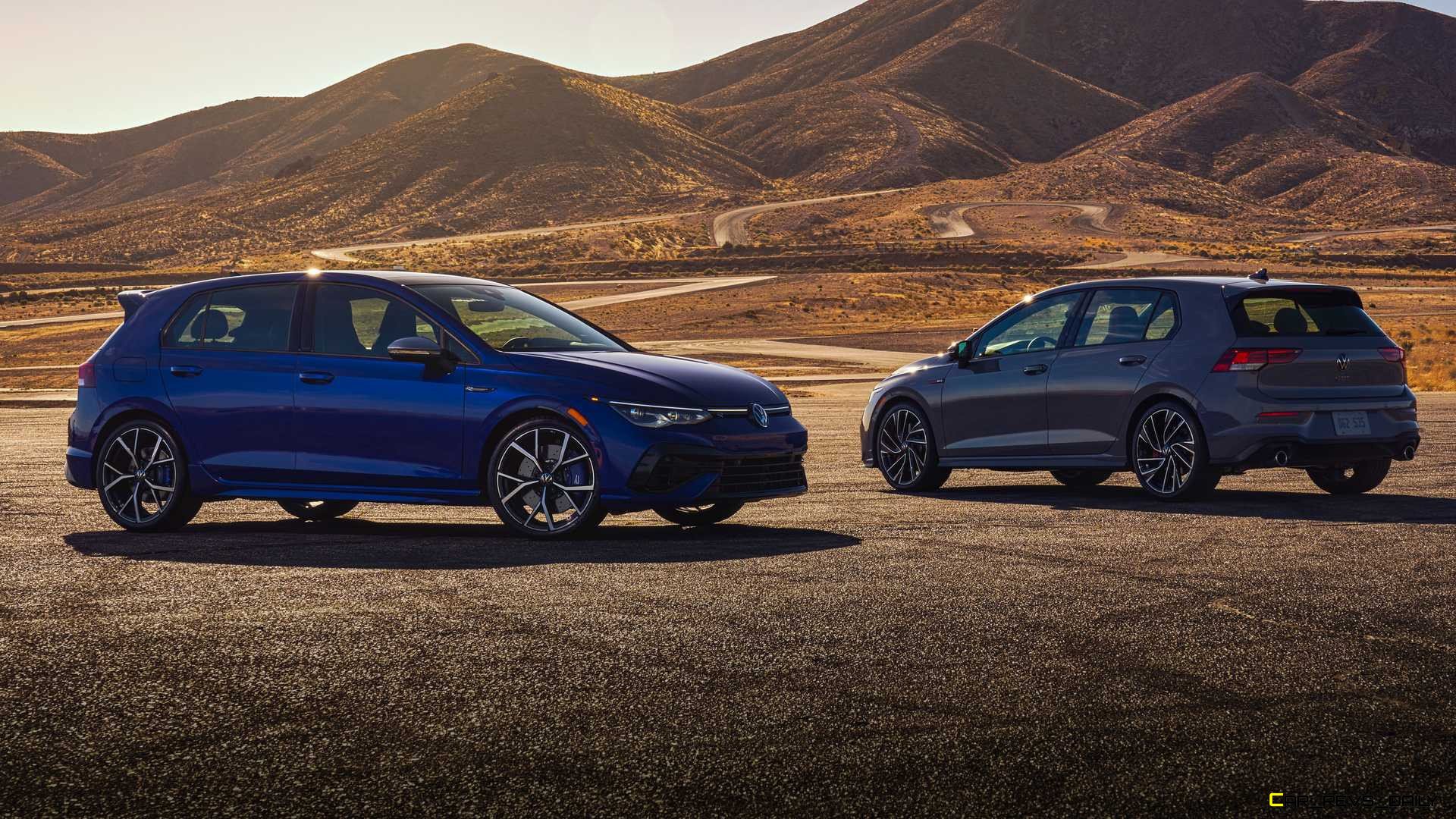 When Volkswagen promised to deliver the 2022 Golf GTI and the 2022 Golf R, we were left wondering what was in store for U.S. buyers? While the German car giant outlined what was in store for European buyers but, we were left wondering what would have to be changed to offer them here? Surprise, not much, with the duo coming over here largely unaltered. 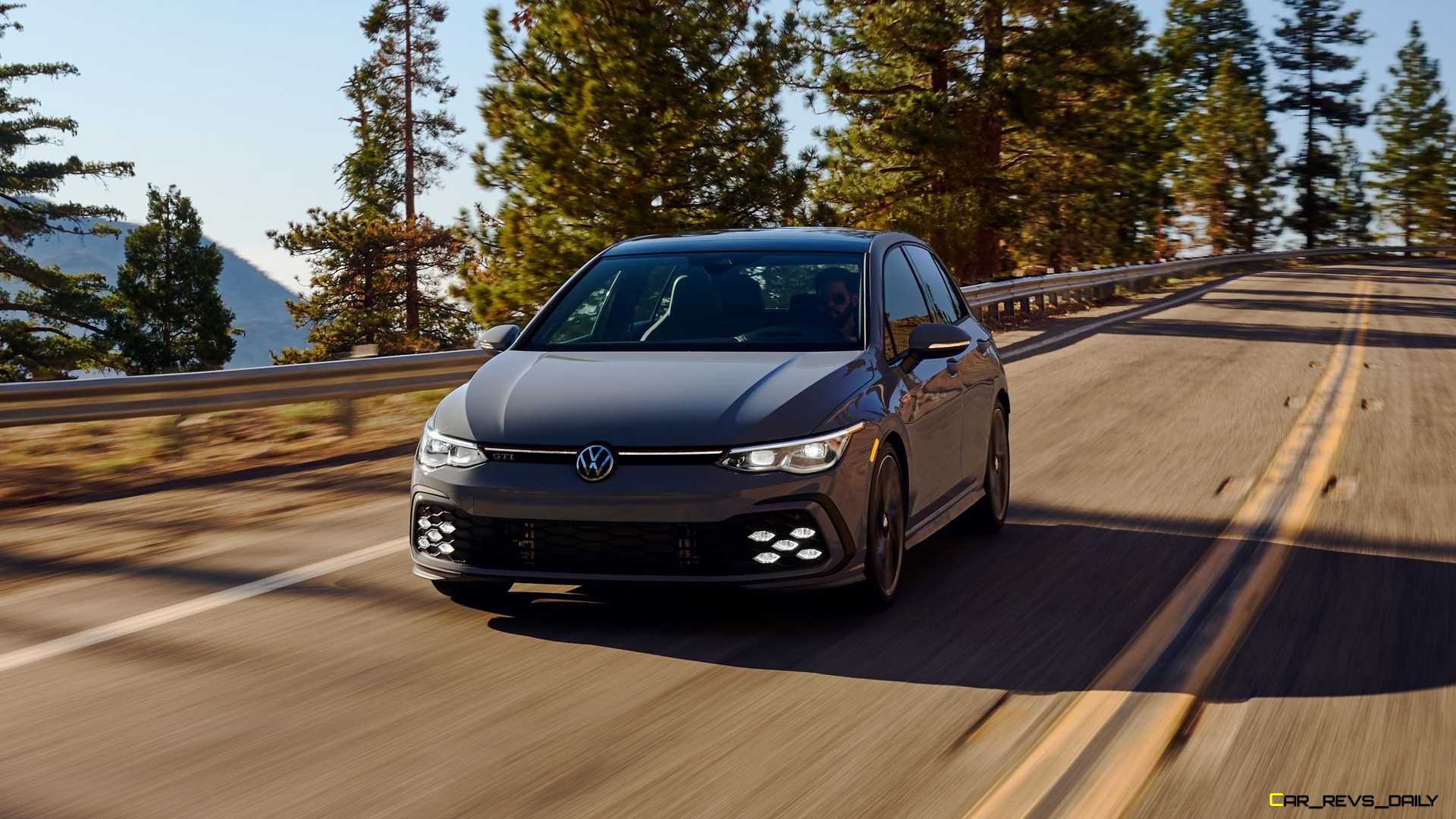 When you take a glance at the 2022 GTI and the 2022 Golf R, you’ll be pleased to discover that both engines mirror their European counterparts. In the GTI, that means a 2.0-liter turbocharged four-cylinder engine that has been reworked from the Mk7 car to produce 241 hp and 273 lb-ft of torque. A six-speed manual transmission is standard, but buyers can swap it out for an optional seven-speed dual-clutch automatic. 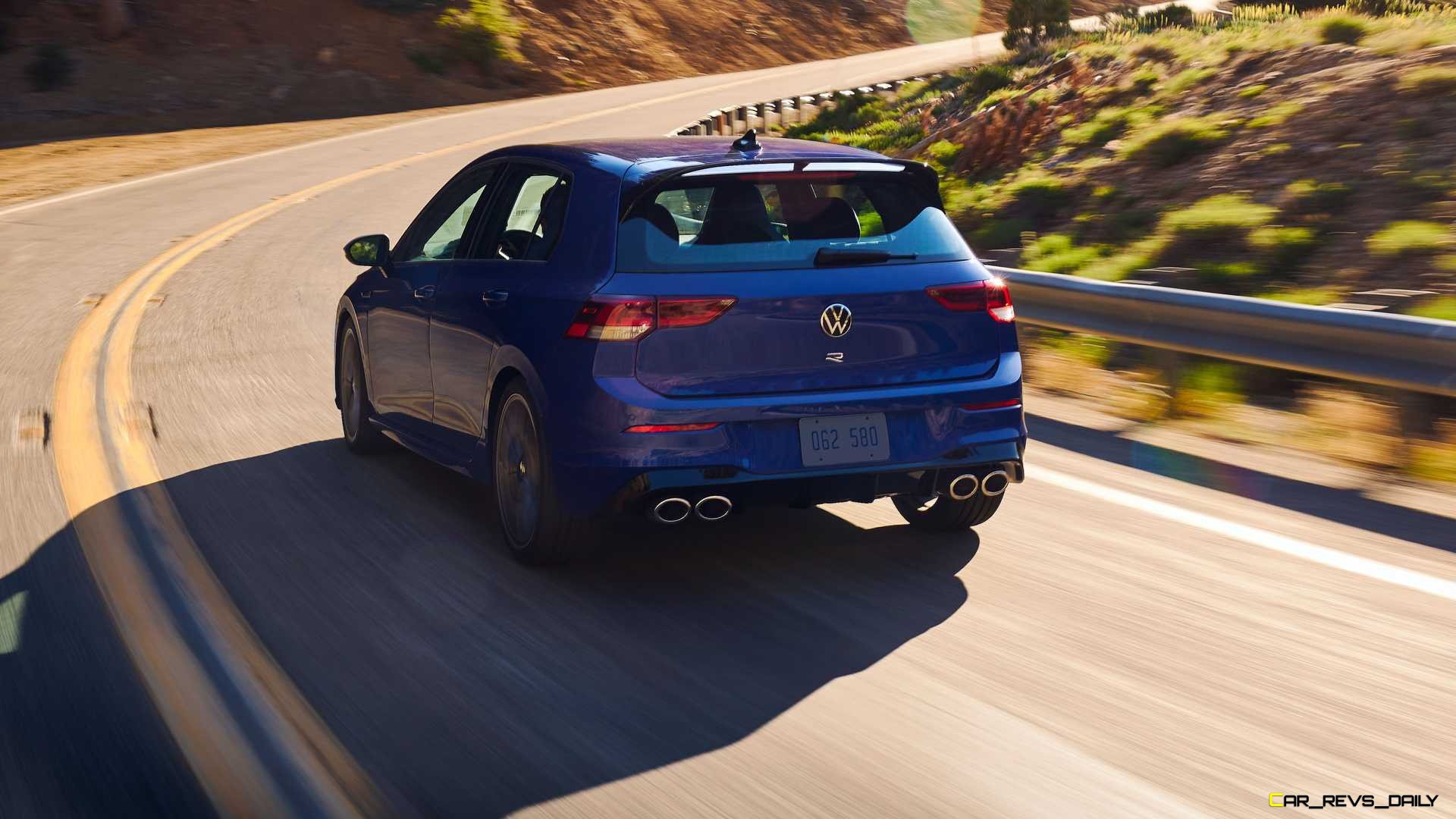 As for the Golf R, a spicier version of the 2.0 liter produces 315 hp and is mated to a standard six-speed manual transmission. The key performance change here between the U.S. and the European model is found in the torque figures. International models produce higher torque due to the different blends of fuel used in Europe versus the brew from U.S. gas pumps. Volkswagen claims that these are the sharpest hot hatches that the company has ever produced, and in the U.S., the duo will have the chance to flex its muscles against the Hyundai Veloster N as well as the Honda Civic Type R. 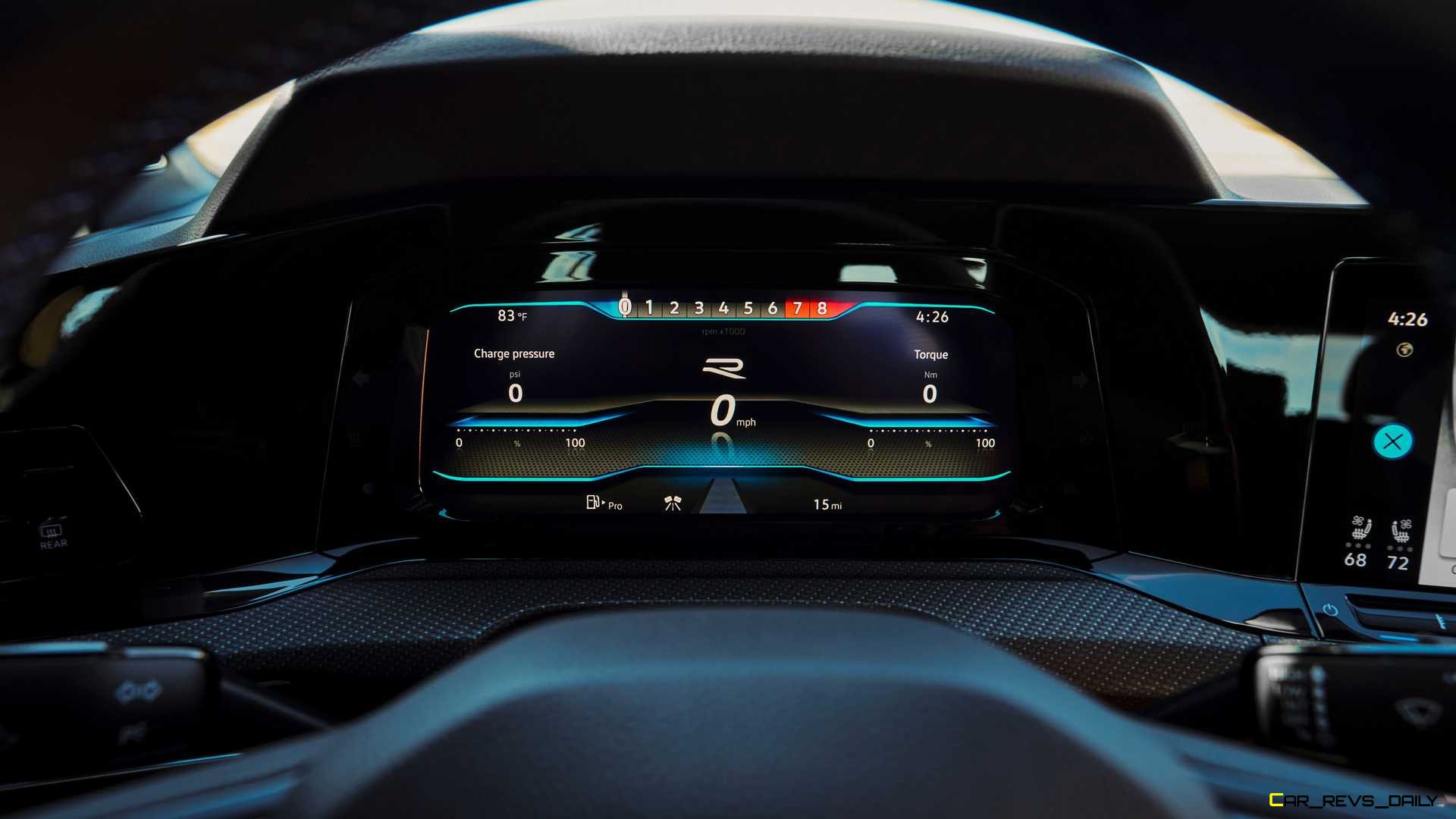 We already had our first glimpse of the revamped interior when the cars made their European debut some time ago and they make the transition over to our shores largely unchanged. Technology is at the forefront here with a higher amount of ambient lighting, a revamped infotainment system, and higher-grade materials and plastics.

Volkswagen is also promising more driver assistance and safety features this time around, and the Golf even has some nifty performance-focused driving modes, including a built-in drift mode. Tri-zone climate control and 12-way power seats are just some of the luxuries that can be found inside both models, and we are glad to see that Volkswagen still manages to skillfully walk the line between performance and luxury.

A big development here is that Volkswagen released the full pricing ladder for both models, with the GTI starting at $$29,545 for a base S model. with the six-speed manual. Adding a DSG will cause the price to rise slightly to $30,345. But unlike other base models, the S doesn’t skimp on the goods with these models getting standard LED lighting and a 10.25-inch digital instrument cluster, which is paired with an 8.25-inch touchscreen infotainment system. SE models start at $34,295 and $35,095, respectively, and adds more equipment including adaptive cruise control, a bigger 10-inch touchscreen, and a nine-speaker Harmon Kardon premium audio system. 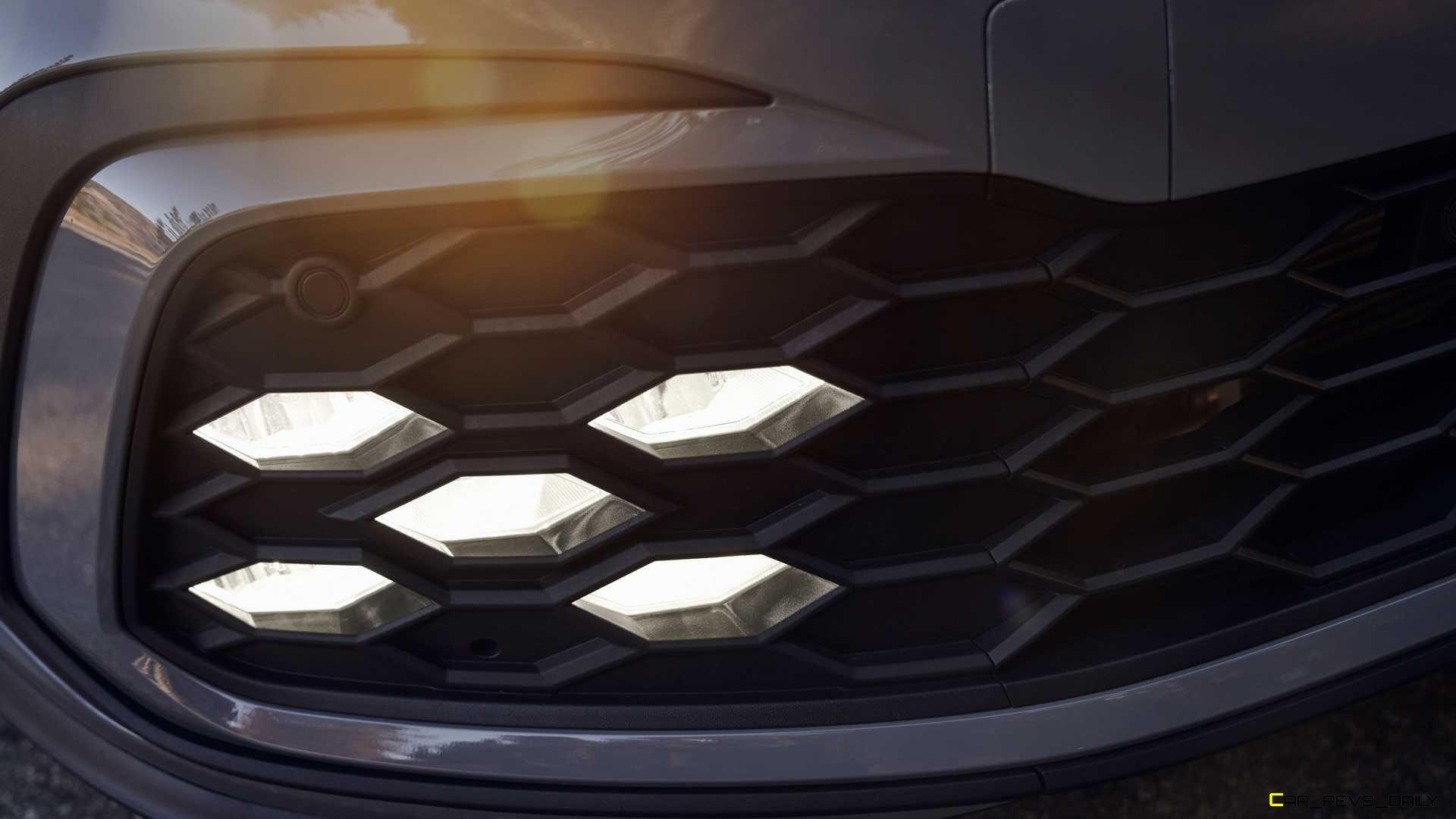 The GTI Autobahn is the range-topping trim in the lineup, and it has pricing that reflects this with a manual version starting at $37,995 for the manual and $38,795 for the DSG. That’s before options are factored into the equation, but the Autobahn is the trim to go to for supple Vienna leather seats, as well as the fore-mentioned tri-zone climate control and the 12-way adjustable seats. 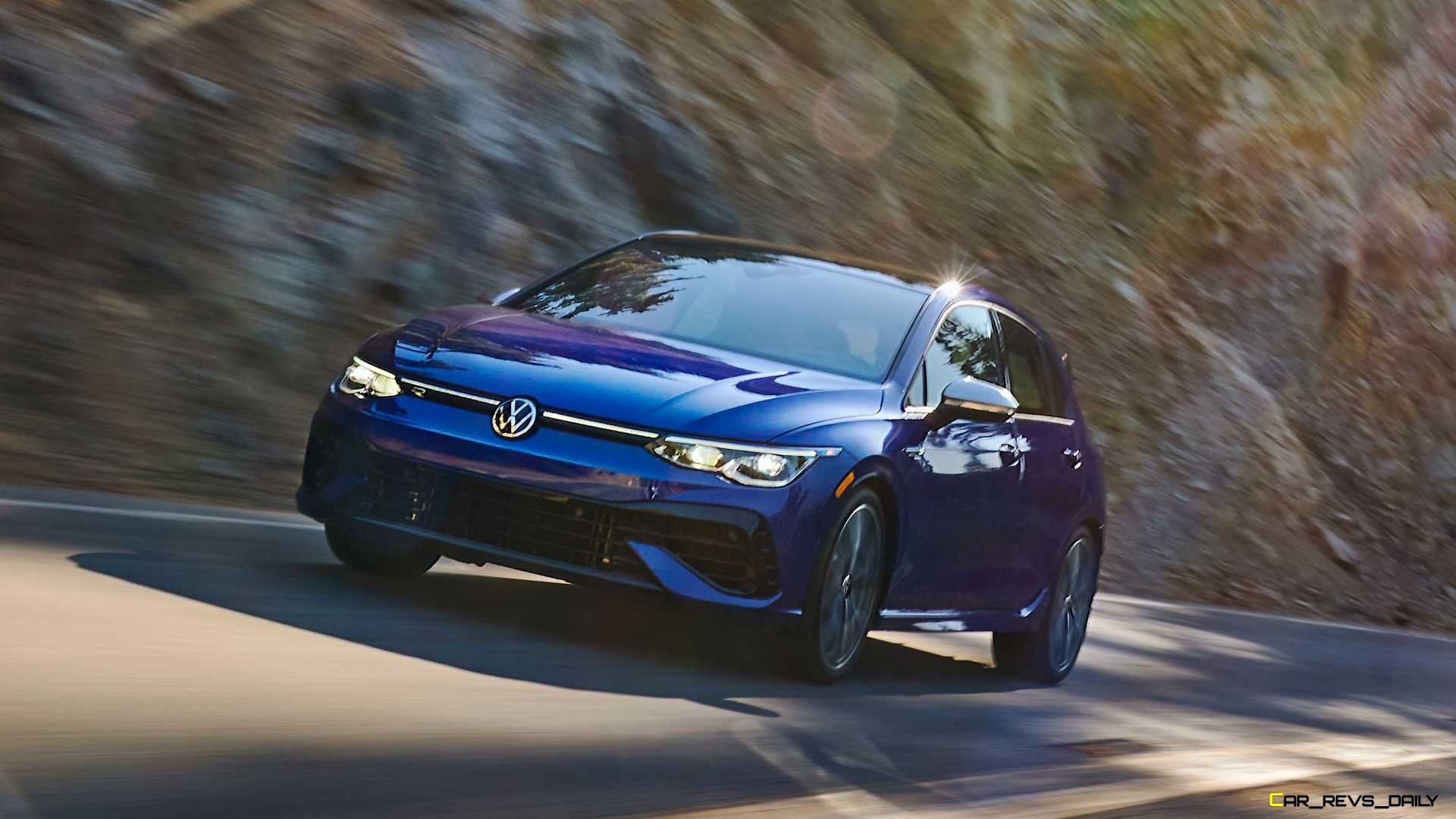 The Golf R is much simpler in execution and only comes in one trim level. Base models start at $43,645 for a manual transmission while the DSG upgrade raises that figure to $44,445. While this might seem like a lot of money at first glance, the R comes practically fully loaded with adaptive dampers, large 14-inch brake rotors with tidy blue calipers, as well as large 19-inch alloy wheels. The rear even features a large roof-mounted spoiler that helps generate extra downforce at high speeds.

Look for the first models to begin making their way to dealerships later this year, and stay tuned for a future review on this performance duo as well as any further developments.