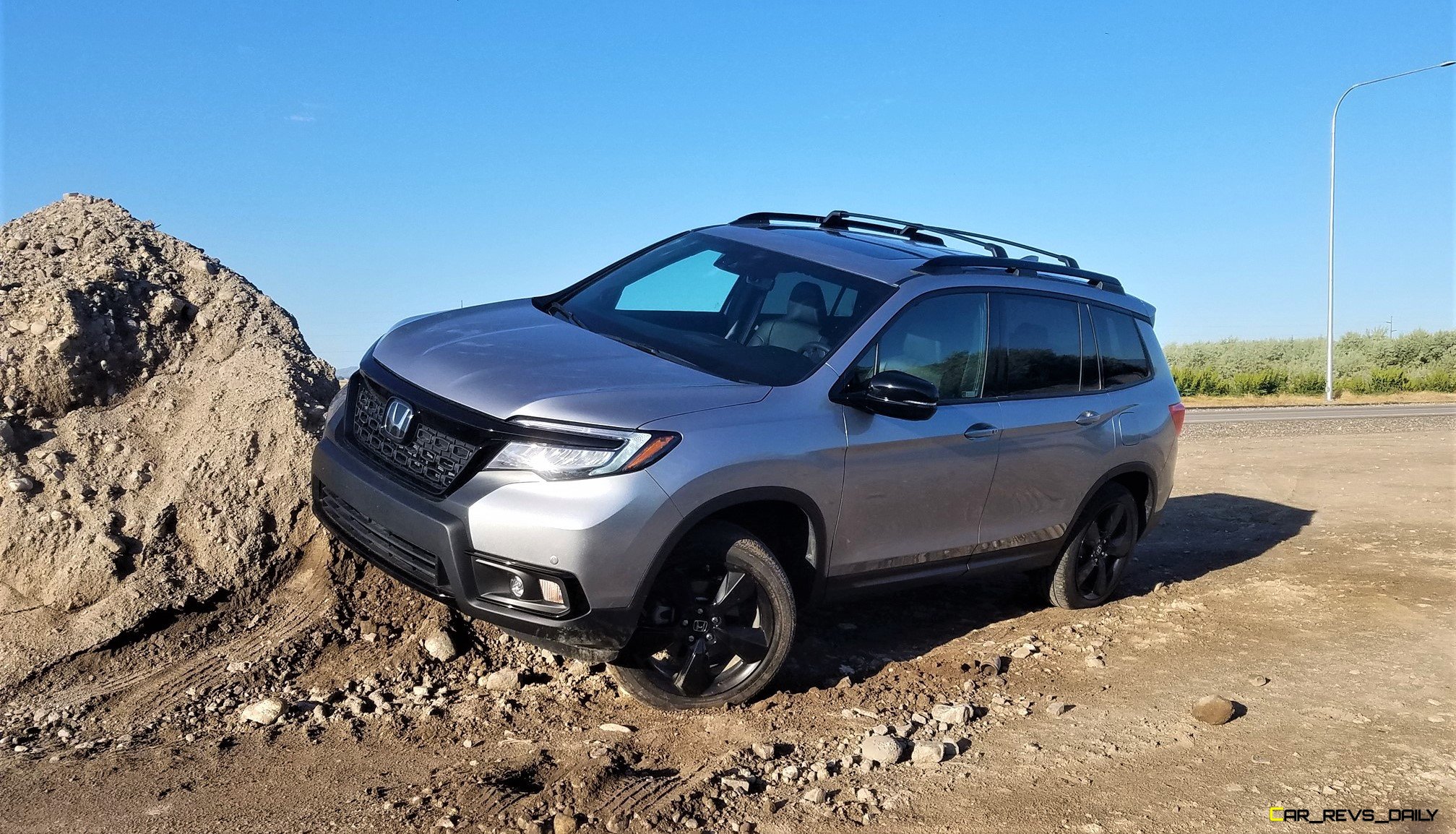 Returning after a 16-year hiatus, the Honda Passport is a large, 2-row CUV that slots between the Pilot and CRV. The Passport is built on the same platform as the Pilot and Ridgeline and uses the same power train, but is six inches shorter, one inch taller with an extra inch of ground clearance.

All Passports come with a blacked-out grill and LED lights, but the Elite we tested had glossy trim throughout and even gloss black wheels. Other trims get a matte finish with polished aluminum or grey wheels.

One thing that is immediately apparent is that the Passport is very large for a two-row crossover. It is the same width as the Pilot and Ridgeline and nearly as long. The small lift in the Passport when compared to the pilot makes it appear more rugged and capable, but it’s clear it’s no Wrangler or 4-Runner.

The standard LED lights light up the night for a clear view ahead and blend well with the sheet metal. As is common with many vehicles today, the fog lights aren’t fog lights. The headlights must be on in order for the fog lights to be on, thus making them additional driving lights and not actual fog lights.

Sitting inside the Passport feels just like sitting in a Pilot. The dash, infotainment system, and even the steering wheel are the same. This means that all the same pros and cons of the Pilot apply to the Passport.

The good aspects that carry over from the Pilot are the quiet cabin, ample storage and a lot of interior room for all passengers with plenty of cargo room. The bad things about the interior are the unusual shift buttons that take some getting used to and the infotainment system that is unnecessarily difficult to use.

Honda made the Passport a little more off-road friendly and sportier than the Pilot. To do this, they quickened the steering ratio and changed the throttle mapping to make it more responsive. This is noticed both on and off pavement and is an improvement over the more mundane Pilot.

Included in the effort to make the Passport more sporty is a retuned exhaust note. One of the first things we noticed when driving it was that the exhaust sounded surprisingly good for a crossover, especially from Honda. Initially it sounds like the exhaust is coming from the speakers, but when outside the vehicle it’s clear that Honda tuned the Passport for a sporty sounding exhaust.

The Passport uses Honda’s i-VTM4 all-wheel drive system, just like the Pilot and Acura MDX. This is a true torque vectoring system that can transfer up to 70% of the power to the rear axle, and it can drive all that power to one side. This helps when cornering as it will put more power to the outside wheel to push the Passport around the corner, and it also helps on low traction surfaces to put the power to the wheels with traction.

There are four off-road modes offered in the Passport: Normal, Mud, Snow and Sand. In our wheel lift test, we tried each mode out, and it seemed that normal mode worked just as well as the others. To complete the off-road modes, Honda should include a rock mode that is more aggressive at braking the spinning wheels than the modes currently available. When rock crawling, wheel slip is the ultimate enemy and can get you into trouble quick.

Fuel mileage in the Passport is EPA rated at 20mpg city and 25mpg highway. Oddly enough, the Pilot gets the same city rating for the city and 27mpg highway. The taller stance of the Passport and more aggressive throttle tuning is probably to blame for this.

While the Passport starts at $31,990, our test model was the highest trim Elite and came in at $44,725 including the destination charge. Nearly everything is standard with the Elite trim and as such there were no additional options added to this vehicle.

With all but the Elite trim level of the Passport costing the same or more than a similarly equipped but larger Pilot, the Pilot offers better bang for your buck. However, the Passport is a little smaller, more nimble and better off-road. If you need the extra capabilities of the Passport, then that is where it really shines. 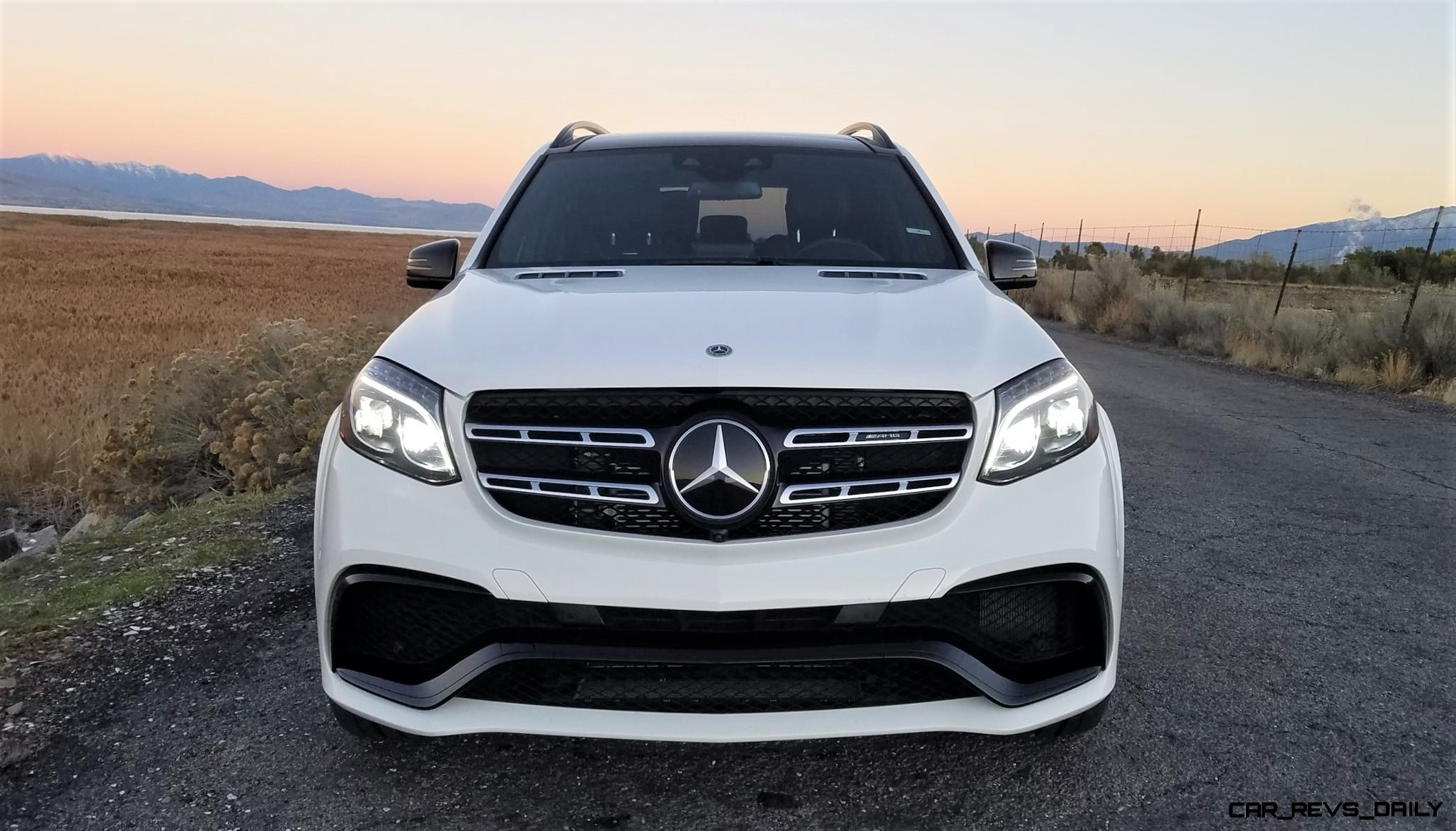