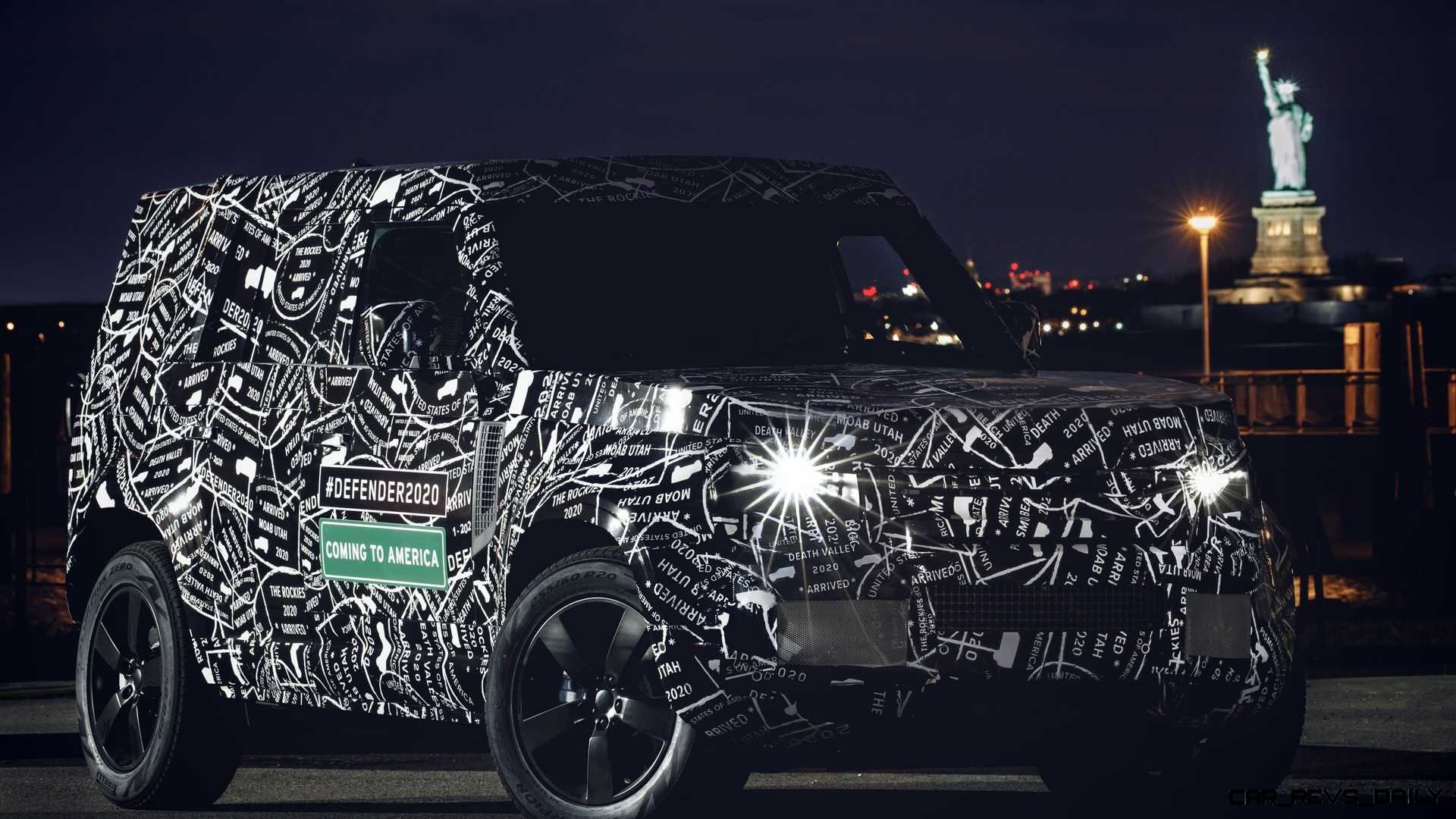 Information about the 2020 Land Rover Defender has been scarce, with Land Rover holding its cards close to its velvet lined vest, and the world only getting glimpses via spy photos of prototypes, as well as Land Rover’s teaser images. The luxury off-road SUV maker has changed that however, and has released some new bits of information thst should prove particularly pleasing to U.S. consumers.

The big item here is that the Defender will be returning to the U.S. marketplace, with the model last being sold here in the mid 1990s. The Defender was pulled from our shores in 1997, due to tightening safety and emissions standards, and remained a Europe only exclusive (minus grey import sales) before it was axed there for the same reasons in 2016. Land Rover also revealed that the Defender will be unveiled in 2019, but stopped far short of revealing which auto show it would make its inaugural apperance in. Our best assumption is it would be a European show in Spring, most likely at the 2019 Geneva Auto Show considering that show has been historically known as the most glamorous show on the European auto show calendar.

Land Rover also confirned that European customers will get first dibs on the Defender when it formally goes on sale on the continent in late 2019. U.S. buyers get to wait a bit longer, with sales in our country beginning sometime in 2020. It is currently unknown what levels of equipment will be offered on the resurected Defender, but like its mass market focused rival the Jeep Wrangler, the Defender will be avalible in either two or four door bodystyles with this confirmed by past spy photos. This would allow the Defender to appeal to not only off road fans, but also families that need the extra doors to easily load and haul their children. The exterior styling as expected is a modern interpretation of the iconic boxy look that defined older iterations of the Defender, but expect some of the curves and angles that we have seen before in other Land Rover models creep there way into the slab sided motif, especially in the head and taillight regions. Look for gasoline and diesel engines to be offered on the Defender, with plenty of off-road focused equipment being crammed into the design. A key item that will undoubtedly cause chargin with off road purists is the abandonment of traditional front and rear solid axles for modern fully independent suspension. Land Rover probably made this change to try and cut weight, but with solid axle motoring a proven foundation of the Defender’s history, expect some initial push back from hardcore loyalists when the Defender formally launches.

Look for more information to be revealed when the 2020 Defender eventually makes its debut. We are keen to see if the reborn interior can succeed in bringing some modern polish to the historic nameplate, but without ruining the retro appeal and unique charms that allowed the Defender to capture the hearts and minds of a new generation of Defender fans. In the meantime, Land Rover has released a brief video of the 2020 Defender mucking about on an off road course, as well as taking in the sights, which can be seen below.