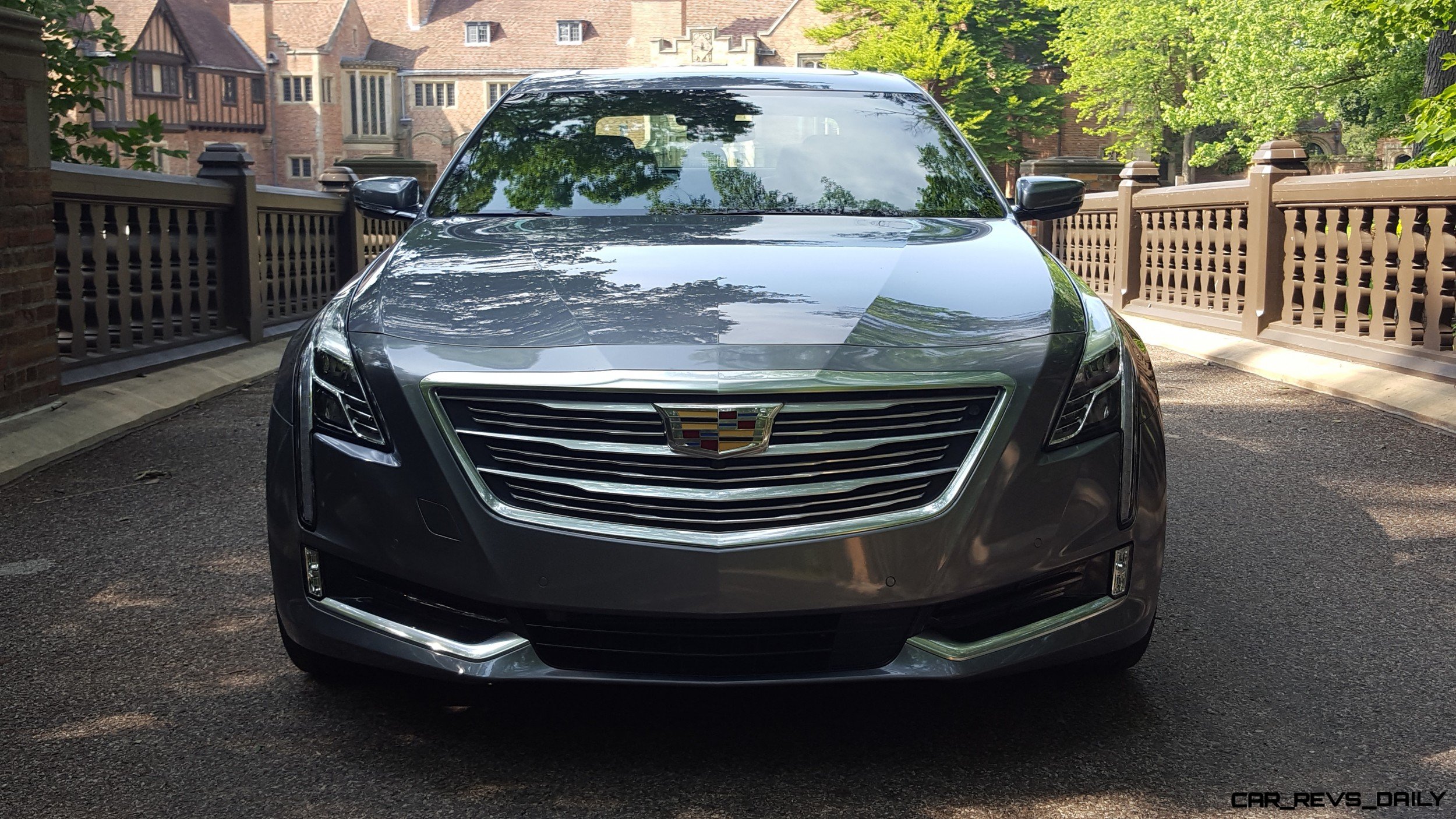 Amid the fading days of Christmas, and the impending arrival of 2019 fast approaching, it is once again time to reflect on some of the good & not so good things that defined 2018. While the political rollercoaster that Washington has been riding lately has been a dominant theme for this year, we here at the Car-Revs-Daily Metro Detroit office have had a busy year too, which included the arrival of several unique automobiles to our northern testing grounds. Before we dive into the Best and Worst categories, a brief recap of the rules. Eligibility opens in the first week of January, and closes Christmas Eve, with all vehicles on the list having to have been reviewed and posted here on Car-Revs-Daily during the year, with three (a change from last year’s list ) for each category. With all that out of the way, lets dive head first into this years finalists, starting with the Best of 2018 category.

Honda had a lot on its plate when it unveiled the revamped 2018 Honda Accord sedan. Not only did it have to live up to the impeccable reputation set in stone by its ancestors, but also be compelling enough of an entry to be able to hold its own against the surging demand of SUV and CUV models. We had the chance to spend time with a 2018 Accord Touring this year, and while it did throw us a curveball by arriving with the base 1.5 liter turbo instead of the more powerful 2.0 liter turbocharged four cylinder seen in other Touring models. Our tester quickly proved that size doesn’t matter. This was thanks to its distinctive exterior styling, as well as an interior that straddled the line between mainstream and luxury thanks to its high quality look, as well as an arsenal of luxury and drivers assistance aides. This strong equipment lineup, as well as a very straight forward pricing ladder, allowed the Accord to snag first place on the Best List for 2018.

When the Cadillac CT6 arrived at our office, it was part of our inaugural Luxury Flagship Sedan comparison challenge, where it dueled with two of its international rivals, the 2018 Genesis G90 3.3T, as well as the benchmark 2018 Lexus LS 500 F-Sport. The Cadillac managed to nab first place in that particular comparison test not because of its god awful CUE infotainment system, nor its polarizing exterior styling. Rather it’s because the CT6 followed a key rule of being a luxury flagship sedan, showcasing future technology. In this case, it was our first taste of Cadillac’s Super Cruise system, which allowed our tester to actually drive itself when tasked with driving on select stretches of freeway, with our tester having the ability to not only keep pace with traffic, but also follow lane direction with no human intervention. Sadly, the CT6 (along with the Chevrolet Impala and the Buick Lacrosse) is being axed next year to open production capacity for more SUV and CUV entries, but with Cadillac promising that Super Cruise will live on in more Cadillac vehicles, it was only fair to give this departing technological show piece the 2nd spot in the Best List for 2018.

When the 2018 Audi TT-RS arrived at the Metro Detroit office, it was our first chance to see the magic that the fabled “RS” moniker can bring to an Audi product, and our TT-RS tester managed to win over not only our hearts, but also show just how much performance Audi engineers could indeed cram into its tiniest coupe offering. While the backseat of our tester was about as accommodating as a cramped college dorm room, there was no denying just how potent the turbocharged five cylinder lurking under the hood was when the TT was tasked with spirited driving. This included a brief jaunt through Michigan’s apple country, where the TT had the opportunity to showcase its dance moves on some of the curvier sections of tarmac we encountered. We hope to see more from the “RS” sub-brand in 2019, especially in SUV and CUV entries.

Amid these stellar entries (and many more that did not make the cut for 2018,) there were also some that made another kind of list, so here is the dishonorable trio that managed to find their way into the Worst of 2018 List.

The green car segment has quickly risen to become a crucial cog in the long term sales plans of many automakers. Toyota in particular has proven to be the literal benchmark when it comes to promoting and selling hybrid vehicles to consumers. However, amid the recent unveiling of the first ever all-wheel drive Prius, as well as the Corolla hybrid, the tiny Prius C is a reminder that even the best in the game occasionally have an off day. While our cheese cube-esque tester did wow us with its compact size, and low price point when it visited our office. Its lazy acceleration, blunted ergonomics, and barely there cargo capacity soured our experience, and ensured a guaranteed entry at the top of the Worst List for the smallest Prii entry.

Mitsubishi has big plans for the 2018 Eclipse Cross crossover, with the new model being the first physical symbol of the company’s shift towards being a more cohesive and decidedly SUV/CUV focused company. The Eclipse Cross did win points for its distinctive rear styling during our encounter with it in Wisconsin, as well as its improved interior quality. Unfortunately, the Eclipse portion of its moniker clearly did not draw inspiration from the sports car that proceeded it, and it showed with its boring performance hardware. A 1.5 liter turbocharged four cylinder only produces modest performance figures, and is mated to a very lazy CVT. There is potential in the Eclipse Cross, but Mitsubishi will have to put a lot more effort into improving the driving experience, as well as some of its exterior shortcomings before it can really be taken seriously as a credible threat to CUV benchmarks.

Rounding out the list is a second Toyota offering which helped the Japanese automaker secure a 1-3 finish in this year’s Worst List. The CH-R is a relic of the old Scion brand, and when it was undergoing development, it was supposed to give Scion a true CUV entry that would reignite the flames of passion for a youth market that watched in horror as the iconic xB rapidly slid towards the wrong end of the age spectrum. However, the Scion brand crumbled before the CH-R entered official production, and the finished product was shoveled onto Toyota as a last minute stop gap. We are willing to give a model that had this rocky and dramatic of an entrance into the market a pass if it had what it took to appeal to customers. Sadly, the CH-R we tested had none of that going for it, with a proverbial mishmash of exterior styling cues, an interior that is too ergonomically impaired for its own good, and a sleepy four cylinder engine relegating this enigma to a very limited niche of the CUV market.

With 2019 fast approaching, we hope that the new year will bring great tidings and positive things to the automotive world. While 2018 saw layoffs from General Motors, a rapid shift towards SUV and CUVs, the end of car production at Ford, and the fall of Carlos Ghosn as Nissan CEO. The new year promises its own host of surprises including the debut of the 2020 Shelby GT500, the 2020 Ram HD lineup, as well as the hopeful sighting of the fabled and still under development mid-engine Corvette. In the meantime, we would like to wish our readers a Merry Christmas, and stay tuned for more content from the Metro Detroit outpost in the new year.