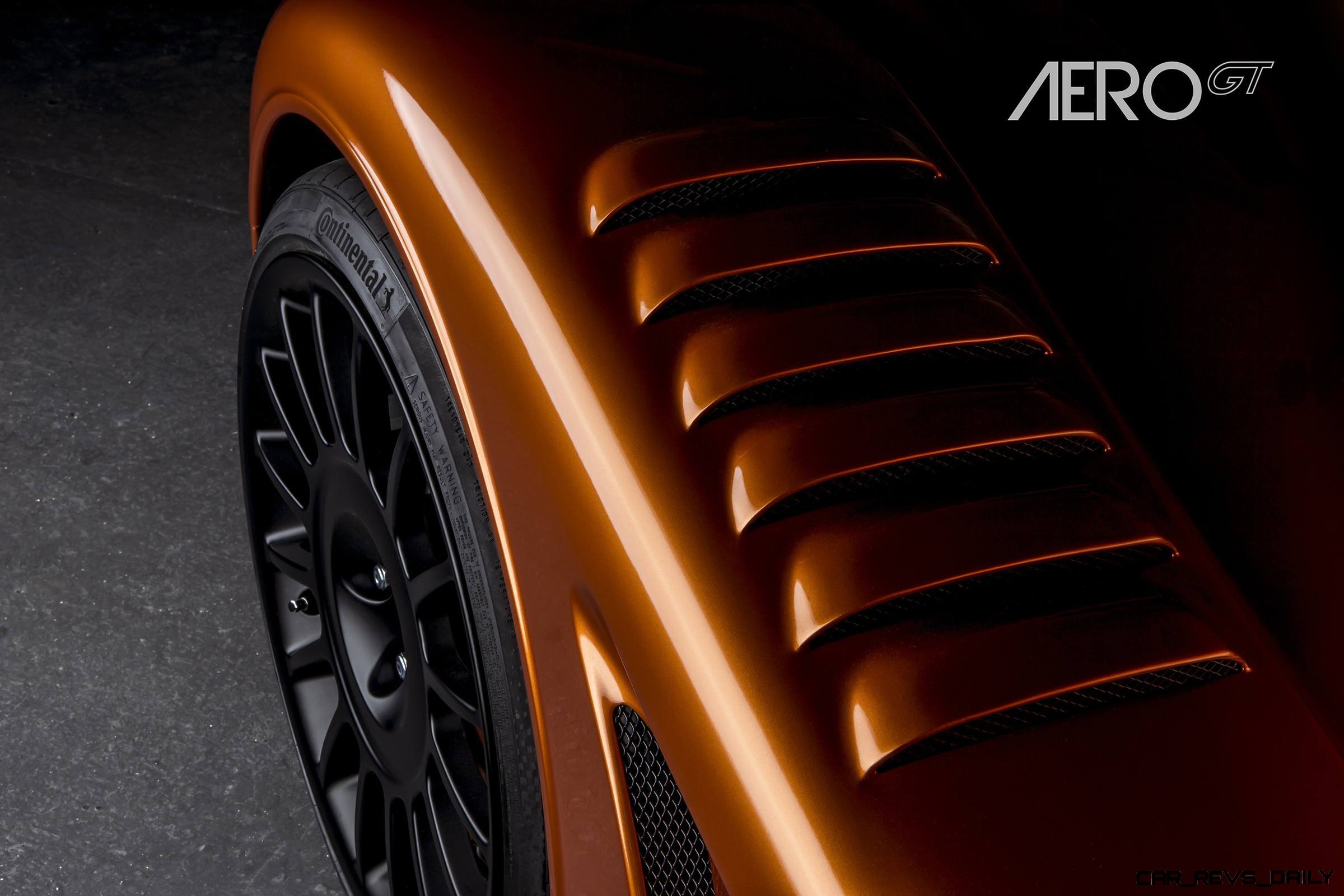 It’s not too often we get a new model offering from our friends at Morgan, but the bespoke British automaker has revealed that it is drawing the final curtain on its Aero 8 Roadster, but not before it unleashes one last special edition model for eager Morgan enthusiasts (this author included.)

Dubbed the GT, this special model draws a lot of its inspiration from the company’s extensive experience in GT3 racing, and it certainly looks the part, thanks to a number of styling revisions. A key one is new bodywork that is designed to reduce drag, and increase downforce at the same time. We suspect a rear spoiler will be involved, but Morgan’s shadowy teaser images only confirm the new trim exclusive front louvers and stickier Continental performance tires. Morgan also revealed that a new diffuser is also in the cards, and that should further enhance its stylish blend of looks and function.

Like all Morgans, each GT will be built by hand in Morgan’s factory in Malvern, England and all eight copies have already been sold. These lucky owners will have full access to Morgan’s extensive suite of customization features including trim exclusive tailoring to suit each owner’s unique tastes. Otherwise, look for the cabin to retain the modern retro theme that has become a staple for all Aero models, and to also incorporate copious amounts of leather, wood, and other high end materials to enhance the bespoke atmosphere that defines a true Morgan offering.

According to Morgan, while the GT is an entirely new variant, the basic idea for it is not, with the initial seeds for the idea being sown back in 2015 when the current generation Aero was in development. At the time, Morgan chose to not build the model, and instead focused its energies on the base Aero 8. With the model now nearing the end of production, Morgan chose this crucial moment to bring the idea back to life, and build the last eight cars as GTs.

Performance for the Aero GT comes from the familiar BMW sourced 4.8 liter naturally aspirated V8 seen in other Aero models. Morgan did not release formal horsepower figures, but the company did reveal that the GT can make the dash to 62 mph in 4.5 seconds and hit a top speed of 170 mph. A six speed manual is the sole transmission available, and it promises to bring higher levels of driver involvement in spirited driving, and further embodies the car’s performance intent as well.

The GT not only signals the end of Aero 8 production, but it’s also the final chapter for the BMW sourced V8. This V8 has been an Aero 8 staple since its initial appearance in the first generation model back in 2001. Morgan claims that BMW does not produce the V8 anymore, and this is the sole reason why the Aero 8 is being axed.

The Aero GT will be formally unveiled at the 2018 Geneva Motor Show in March, with a successor arriving a few years after that. Its unknown what engine will power it, but a Ford V8 could be in the cards since Morgan does have a history of using Ford engines in some of their models over the years. These include the Morgan 4/4, the Morgan Plus 4, and the Morgan V6 Roadster.