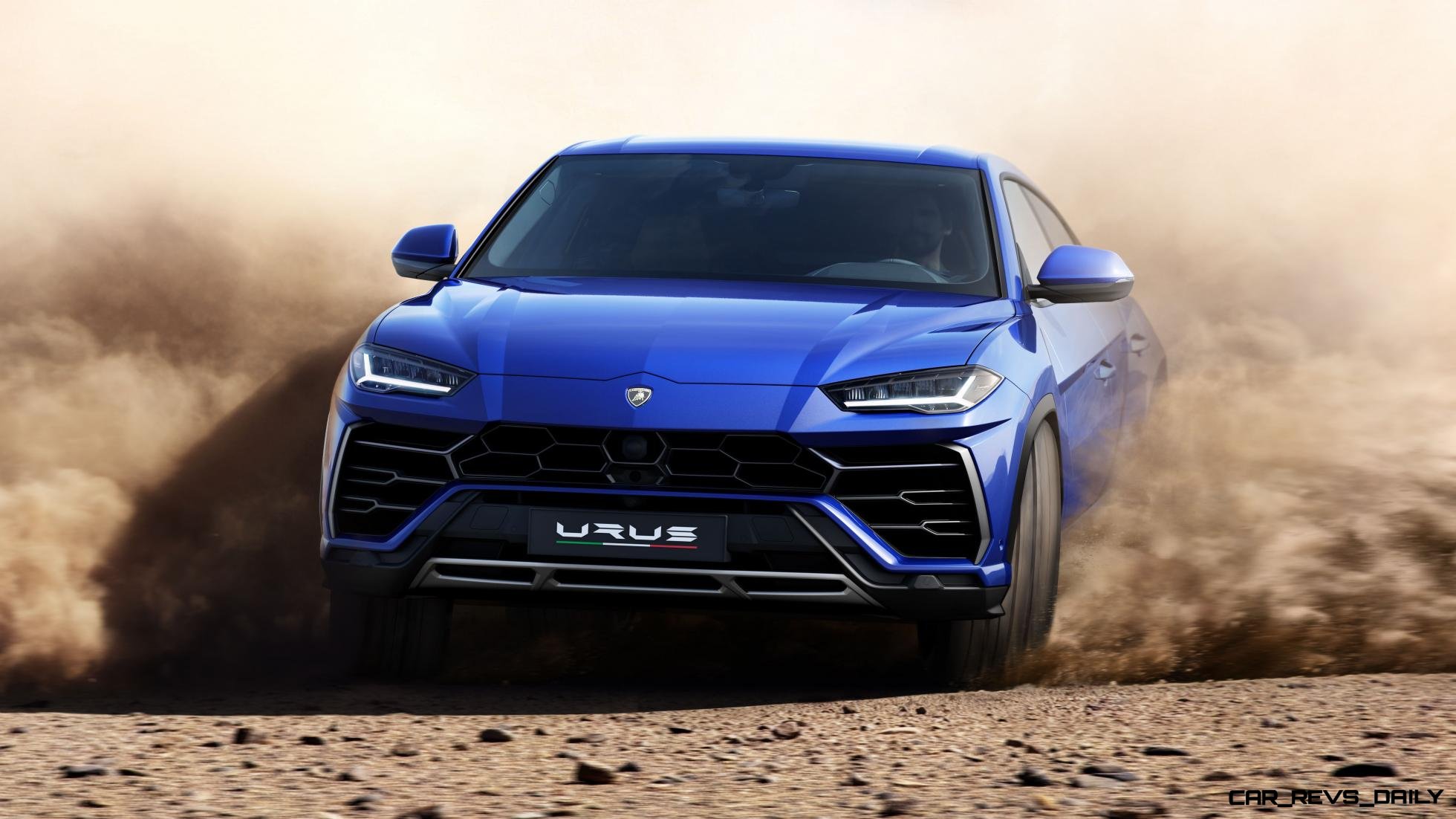 The idea of a supercar Lambo SUV is not that far-fetched.  The firm is at pains to show its provenance in this arena by dusting off its LM002 Lambo Rambo from the storage vault.  Even the LM002 Cheetah variant is joining the URUS debut party!

While the first Lambo SUV was a giant bruiser that crushed scales at above 5000 pounds, this new ~650HP URUS is actually pretty tiny.  Its four doors and extremely racy roofline actually wrap a Macan or Q5 sized platform.  But this time with absolutely gigantic rubber and AWD system almost right off the Huracan exotic.

The relatively humdrum nature of the V8 engine is mostly a matter of space and packaging.  There are very few compact V10 front-engine machines of any kind, for good reason!  This 4.0-liter with twin turbos works with an eight-speed autobox and AWD with central locking diff and torque-vectoring tail.

The blown V8 from Lambo will put all worries to rest about this car’s Italian-ness or its savage, hypercar-level performance.

This new Super-SUV (SSUV in Lambo-speak) will pivot like a slalom skiier and also kiss 200-mph fairly effortlessly.  Pricing is not expected to leave much change from a $200k check, and could rise to $300k over the product’s lifetime through even faster special editions.

As the only Lambo four-door and only SSUV to really focus on track speed (versus sprint pace a la AMG, and more focused than the jumbo X6M and Cayenne Turbo’s of the world.

All eyes will be on the raw stats – will this SSUV crack the 3’s for its 0-60mph?  Will it really deserve that extra S?

As Lambo’s most affordable model, Urus is likely to nearly double total volumes for the hypercar specialists.

So even if you have SUVs like poison — you can take comfort in the Urus money funding a shockingly intense future V12 and V10 exotics.   And with the factory doubling in physical size to make URUS possible… there is no going back to a two-car lineup.

No guidance from Lambo on arrival timeframes or pricing yet, we’d ballpark at least $240k and plan for a June USA arrival to first orderers.