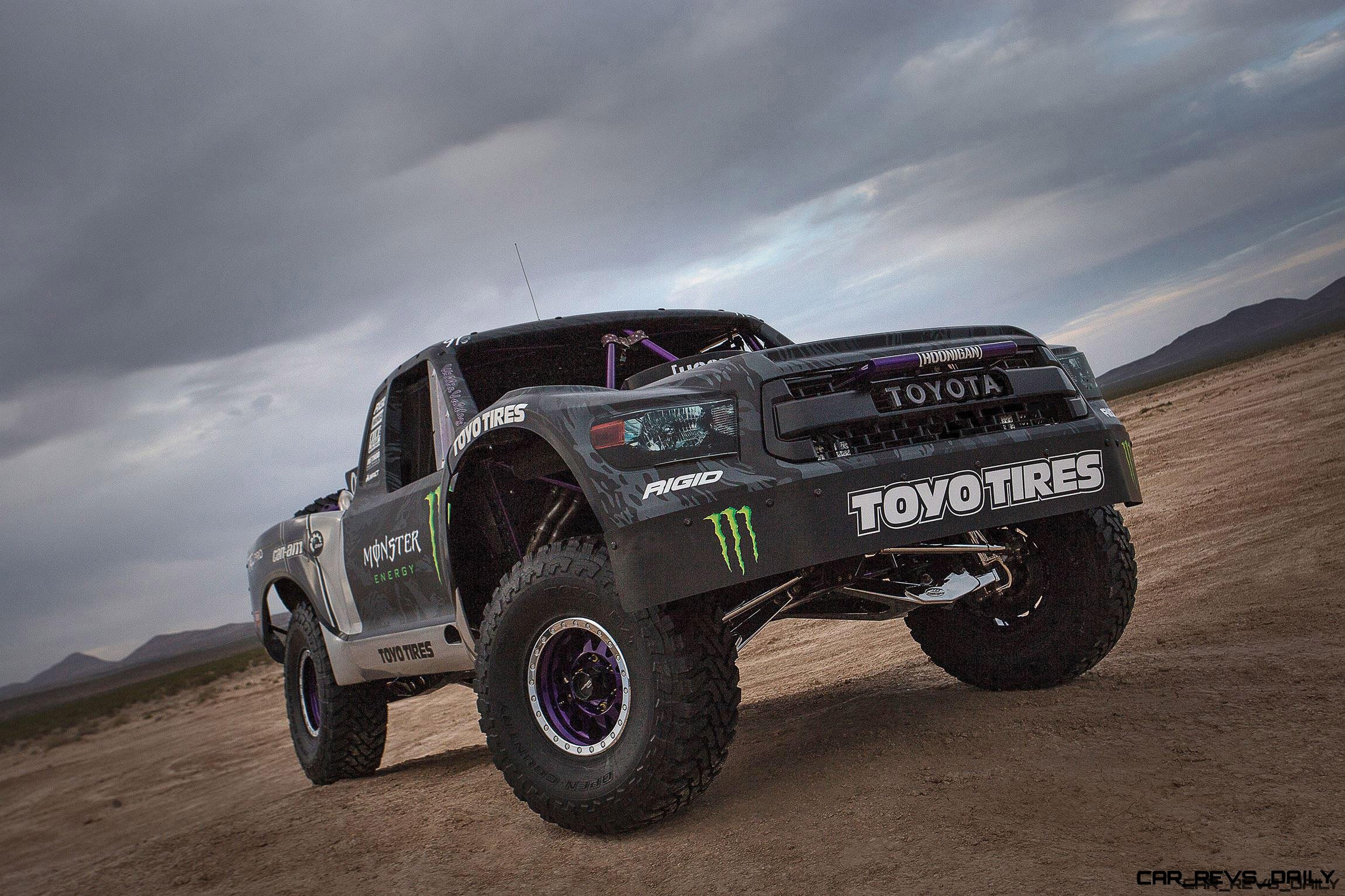 LAS VEGAS, Nevada, May 7, 2016— Before a roaring crowd of AMA Supercross fans, Toyota announced its sponsorship of BJ Baldwin, off-road racing superstar and mastermind behind the successful #Recoil video franchise. “Ballistic” BJ, an off-roader who has won the grueling Baja 1000 twice without the assistance of a second driver, will join Toyota’s diverse roster of sponsored athletes and will field a Tundra TRD Pro Trophy Truck in the SCORE International and Best in the Desert (BITD) series.

“Joining the Toyota Racing family in an all-new Tundra is really an honor,” said Baldwin. “As a kid I’d watch Toyota trucks dominate the field with one of my all-time heroes, Ivan ‘Ironman’ Stewart, behind the wheel. I’m looking forward to continuing the winning tradition and returning Toyota to the top of the winner’s circle!”

Much like Toyota and Ivan, BJ is no newcomer to besting the competition in the desert. His two-decades-long career has encompassed a number of high-profile wins: five US national off-road racing titles, three SCORE International championships, one Baja 500 and two Baja 1000 first place finishes, and a class championship in the Dakar Rally.

“BJ’s successful racing record, his adventurous attitude, and his ceaseless dedication to honing himself and his craft speaks volumes to Toyota’s core ‘Let’s Go Places’ and kaizen philosophies,” said Cooper Ericksen, Toyota vice president, vehicle marketing and communications. “We look forward to having BJ and his Tundra involved in this next chapter of Toyota’s desert racing story that so far includes 11 Baja 500 and two Baja 1000 wins.”

More information on the Toyota Racing program can be found at www.ToyotaRacing.com.