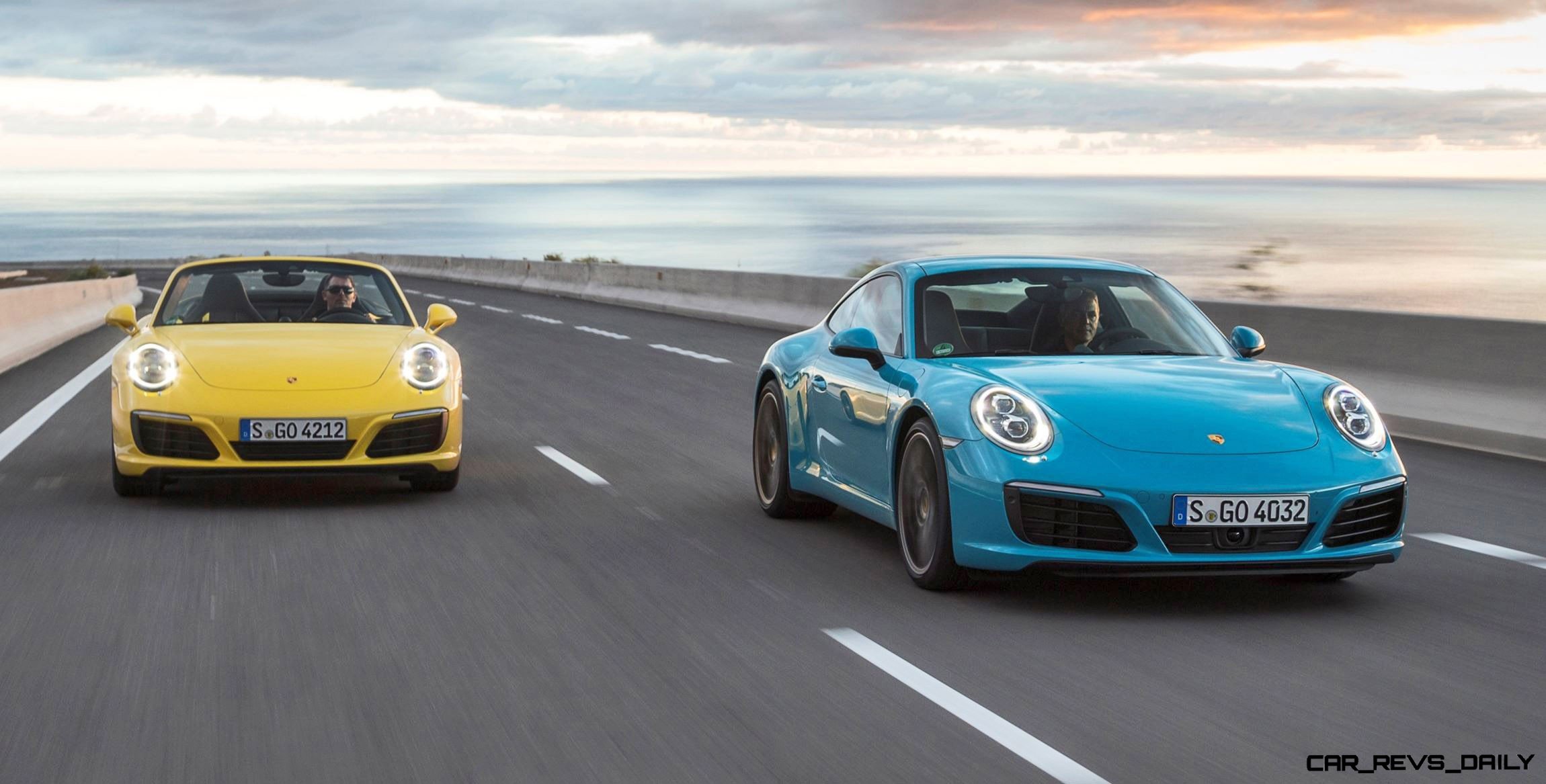 Journalists from all over the world are currently enjoying their first opportunity to test the new 911 Carrera and the Macan GTS in the Canaries.

Winding roads, sunny weather and beautiful countryside: the volcanic island of Tenerife provides the perfect conditions for comprehensively testing the new 911 Carrera and the Macan GTS. And that is precisely what representatives of the media from all over the world are currently doing. In the case of the 911 in particular, the question waiting to be answered is: What’s the verdict on the turbo engine? The Newsroom provides an overview.

This is a huge change for Porsche and the 911. As big as its decision to switch from air-cooled to water-cooled engines some time ago. Purists need not worry, because the 911 is still a benchmark sports car at this price point, and just as people came around to water-cooling, so too will they come around to the idea of a turbocharged Carrera.
whatcar.com

The chassis reacts as a 911 should – in other words it feels like a rear-engined car, flowing through corners, shifting subtly from turn-in to exit and making the most of the weight balance. The extra torque of the engine really helps to push it through the final phase of a corner too, working the formidable traction to its limit, getting the car to squat and drive beautifully out of bends.
evo.co.uk

On the mountain roads of Tenerife, punching out of tight hairpin corners thanks to the solid wall of drive from low revs, the 911 feels every bit good for those performance claims too. It’s here where the turbos are most noticeable, as they’ve added incredible flexibility, the engine pulling from low revs out of tight corners with no fuss.
autoexpress.co.uk

It is hard to believe Porsche could have made the 911 Carrera S any more exciting to drive, but that’s exactly what it has done. Granted, its new engine lacks the characteristic induction hum and hard mechanical edge at certain points within the rev range that made the old naturally aspirated unit so invigorating. But what it loses in outright aural qualities, the turbocharged mill more than makes up for with sheer ease of driveability and accessibility of its performance.
autocar.co.uk

With a powered-up version of the 3.0-litre twin-turbo petrol V6 from the base Macan S, the hunkered down and blacked-out Macan GTS raises the mid-size SUV’s handling prowess to another level. Extra equipment accompanies the extra power and torque and a price increase reflects its positioning closer to the range-topping powerhouse Turbo.
motoring.com.au

Even so, and despite it missing out on some equipment, the GTS’s even greater ride and handling balance would have us signing on its dotted line. Sure, there’s an argument that a standard S with a sports exhaust would save you money and still be a lot of fun, but if you can stretch to it, the GTS is worth the extra. Compact SUVs are rarely this good.
autocar.co.uk

Despite sitting on enormous tyres, the Macan doesn’t feel aggressively stiff. It was perhaps a sign of Porsche’s confidence that it launched the GTS on the twisty roads around Tenerife’s El Teide volcano. The GTS’s ability to soak up the worst of the lumps and bumps, while cornering hard and flat, would make not just every other SUV but even the best sports saloons envious.
driving.co.uk