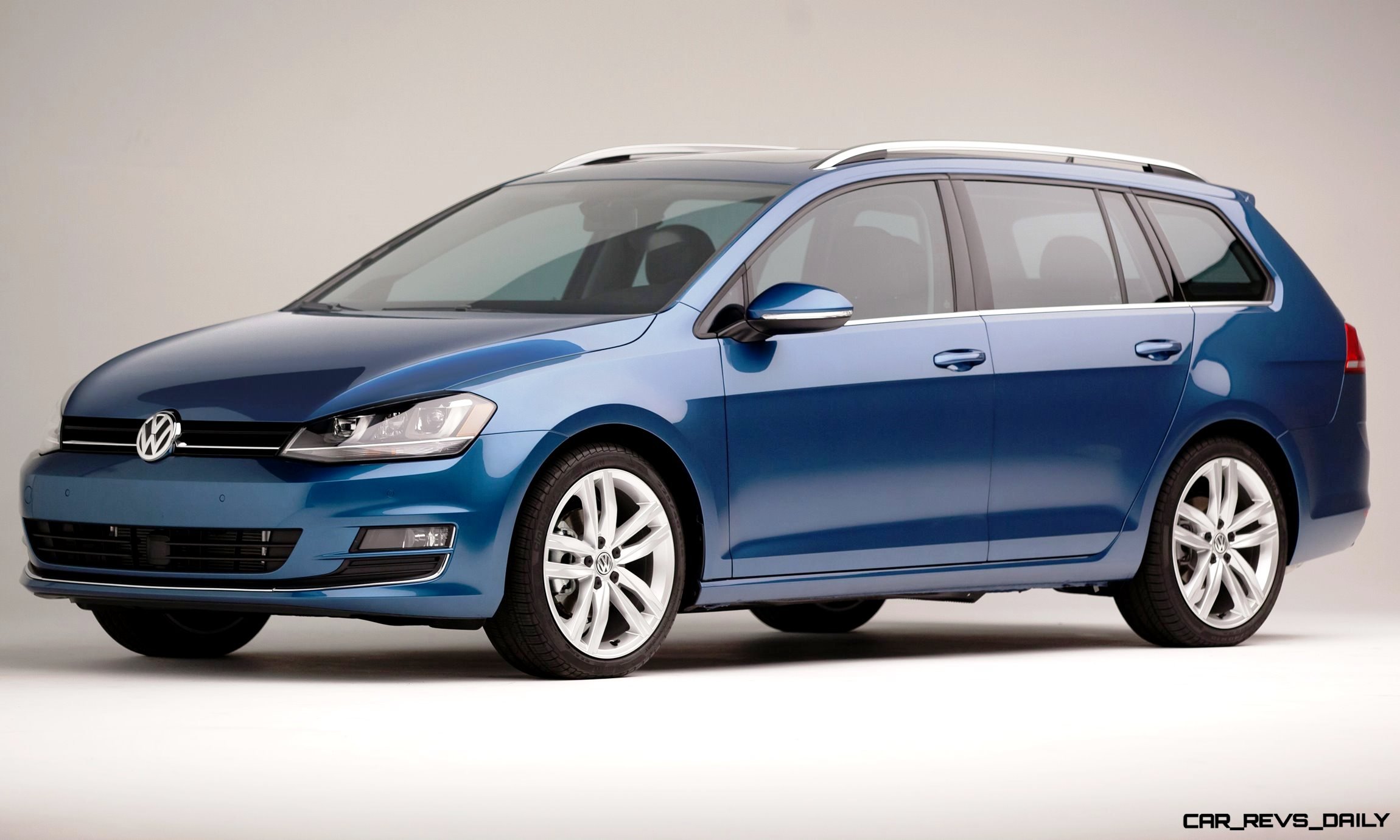 The new Golf SportWagen replaces the hideous Jetta SportWagen with better tech, performance, style and – gasp – even pricing. The TSi is $700 cheaper, while the TDI is a cool $2,000 less than before. Good.

These are like-for-like comparisons, however. The nasty current Jetta SportWagen is listed at $21k on VWusa.com, leading to some head scratching overall.

No word in the below release on when the new Golf SportWagen’s will become available in the US. Probably before 2018, presumably. Scheduled to hit dealer showrooms in April, 2015 Golf SportWagen models will be offered with two powertrains: the EA888 1.8-liter, 170-horsepower turbocharged and direct-injection four-cylinder TSI® engine mated to a five-speed manual or a six-speed automatic transmission; and the EA288 2.0-liter, 150-hp turbocharged and direct-injection four-cylinder TDI Clean Diesel, fitted with a six-speed manual or a six-speed DSG® dual-clutch automatic transmission.

The 1.8T model with manual transmission has an EPA estimated highway fuel economy rating of 36 mpg, while the TDI Clean Diesel model gets 43 highway mpg according to EPA estimates. These figures better all compact SUVs on the market, while offering comparable cargo volume—30.4 cubic feet behind the rear seats and 66.5 cubic feet with the seats folded flat.

The Golf SportWagen has grown in size yet dropped in weight by up to 137 pounds (depending on model) compared with the Jetta SportWagen, despite a plethora of new and upscale features. Dimensionally, the Golf SportWagen has grown slightly, by 1.1 inches in overall length to 179.6 inches, and by 0.7 inches in width, to 70.8 inches. However, because the new car is 0.9 inches lower and has a 2.2 inch longer wheelbase, it looks more muscular and has a premium “cab backward” aesthetic. The line-up of Clean Diesel Golf SportWagen models largely mirrors its gasoline siblings in terms of features and packages. The base TDI S starts at $24,595 and offers a six-speed manual gearbox and 16-inch aluminum-alloy wheels as standard, with a dual-clutch DSG automatic available for an extra $1,100. KESSY Keyless access with push-button start and a rearview camera are among the standard features.

Golf SportWagen TDI SE
Starting at $27,995, the TDI SE has the same list of equipment and optional packages as its gasoline-powered counterpart, the TSI SE, including the Fender Premium Audio System, automatic headlamps and a panoramic sunroof. The Lighting and Driver Assistance package are available. The DSG transmission is an $1,100 option.

Golf SportWagen TDI SEL
Starting at $30,345, the TDI SEL’s standard equipment mirrors the TSI SEL, adding features such as a navigation system, Climatronic automatic air conditioning, and sport seats with 12-way power adjustment for the driver. Both Lighting and Driver Assistance options packages are available on this trim. The six-speed manual transmission is standard, with the option of the DSG automatic ($1,100 extra).