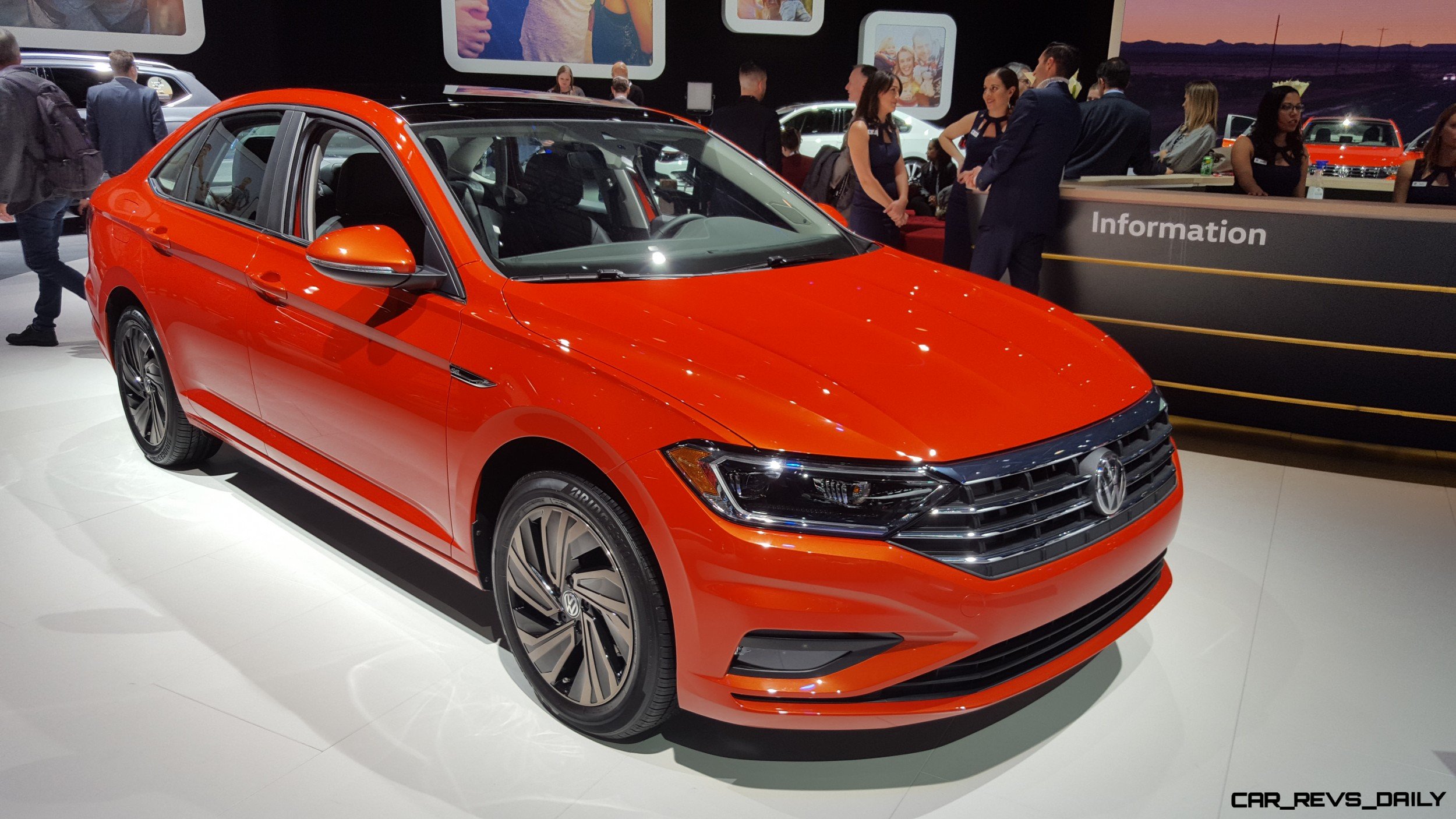 Volkswagen’s Golf lineup is proof of how dominant the German auto giant can be in the small car market. The Jetta on the other hand, was an example of what happened when bean counters were given free reign in designing a car. With cheaper materials, and a mediocre interior. Volkswagen’s interpretation of a compact sedan for the U.S. was lost in translation, especially with buyers. The 2019 Jetta aims to correct this with new technology and a host of updates that make it better than ever.

The exterior styling of the outgoing Jetta was about as bland as buttered toast, with none of the butter to make it good and palatable. While the 2019 version will still not set the styling world ablaze, we will give VW designers an “A” for effort. The canvas here is much sleeker than before, with many familiar Volkswagen traits mixing nicely with newfound body lines to create a seamless appearance. LED lighting is standard throughout the Jetta lineup, and the venerable sedan has grown in every dimension, with the wheelbase being 1.3 inches longer than before. It’s also wider and taller, which pays dividends when it comes to increased head and leg room especially in the roomy back seat. Speaking of the interior, it has regained some of the luster that was lost when the last generation model focused on cost cutting and simplifying features. There is a faint hint of Arteon DNA in its layout, and some of the controls are angled towards the driver. A key detail that tech savvy buyers will notice is the optional Digital Cockpit, which makes its way into the Jetta for the first time ever. Apple CarPlay and Android Auto functionality are also on the menu, along with MirrorLink. A 400-watt Beats audio system is also optional, and would mark a rare appearance by Beats outside their usual turf in FCA badged vehicles.

Technology is also at the forefront for 2019, with the Jetta not only featuring advanced safety features such as automatic emergency braking, forward collision warning, and blind spot monitoring, but also convenience features like lane departure warning, and adaptive cruise control just to name a few. In short look for the Jeta to wow buyers with value focused feature content, which should please tech savvy millenials

Performance for the bulk of the 2019 Jetta lineup comes from VW’s familiar 1.4 liter turbocharged four cylinder engine which is good for 147 horsepower and can be had with either a six speed manual, or an eight speed automatic. The lone caveat here is that the six speed manual will only appear on base model Jettas, with the eight speed covering the rest of the Jetta range. VW did not reveal if it plans to offer a GLI version or not, but if it does appear, look for it to benefit from much better suspension tuning, and a version of the GTI’s 2.0 liter turbo four.

All Jettas transition to the MQB platform for 2019, and look for this move to be a revelation for a sedan that was once known for its poor handling manners. The MQB architecture has already proven itself on the Golf/GTI duo as well as select Audi models, so look for the Jetta to be another check in the success column for this versatile engineering marvel.

When the 2019 Volkswagen Jetta makes its way to showrooms this spring, buyers will be able to choose from five different trim levels (S, SE, SEL, SEL Premium, and R-Line) and also benefit from a lower base price of $18,545. This puts it slightly lower than the base Toyota Corolla, and has the potential to make the Jetta a better value since the Corolla’s wheezy four cylinder is not known for its performance virtues. Other rivals include the recently revealed 2019 Kia Forte, as well as the benchmark Honda Civic.