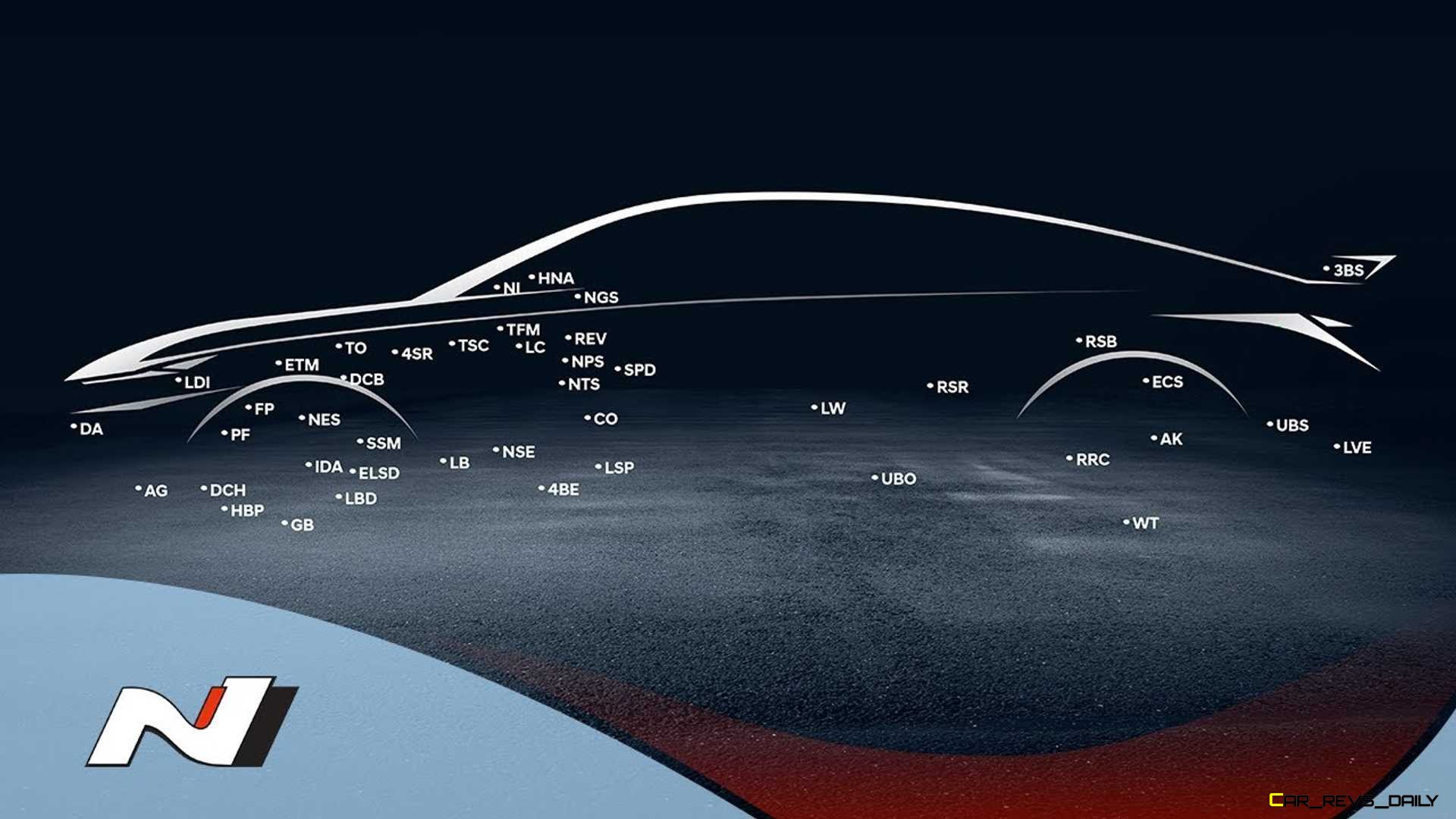 Late last week, Hyundai released a teaser video that appeared to hint that something new was coming from the performance-focused N sub-brand. The blink or you’ll miss it video didn’t tell us much and gave us a quick glimpse of the Elantra N. The company has now released a new video that provides a better look at the Elantra N while also showing off some new details for consumers.

The new teaser video follows the basic layout of the prior teaser and leaves a lot of the details to the viewer’s imagination. This time though, Hyundai and N brand chose to give us a glimpse of the profile and a literal blitzkrieg of abbreviations. We suspect that all of those abbreviations are hiding new technology, especially when you consider where Hyundai put some of them on the vehicle. Our attention is focused towards the rear where “RRC,” “WC,” and “AK” are used. Perhaps the RRC, in particular, could indicate that the Elantra N will benefit from some form of rear-wheel steering system though we get to wait a bit to find out if that’s indeed the case or not.

Along with all the abbreviations, this latest video also allows us to finally hear both the engine and the exhaust notes of the Elantra N, which sound assertive and promising. We’re not expecting anything new under the hood, with the Elantra N being powered by the same 2.0-liter turbocharged four-cylinder engine that also sees duty in the Kona and Veloster N models.

Look for it to produce 275 horsepower, with all of this power being routed to the front wheels through either a standard six-speed manual or an optional eight-speed dual-clutch automatic. We suspect that the dual-clutch will make up the bulk of Elantra N sales, with the manual being reserved for purists versus the Kona N, which will be dual-clutch only to help maximize profits in the crossover vehicle segment. Hopefully, in eight days, we will learn more about the 2022 Elantra N, it looks promising, and from the sounds of things, it will be a very potent weapon out on the track or even your local back road.