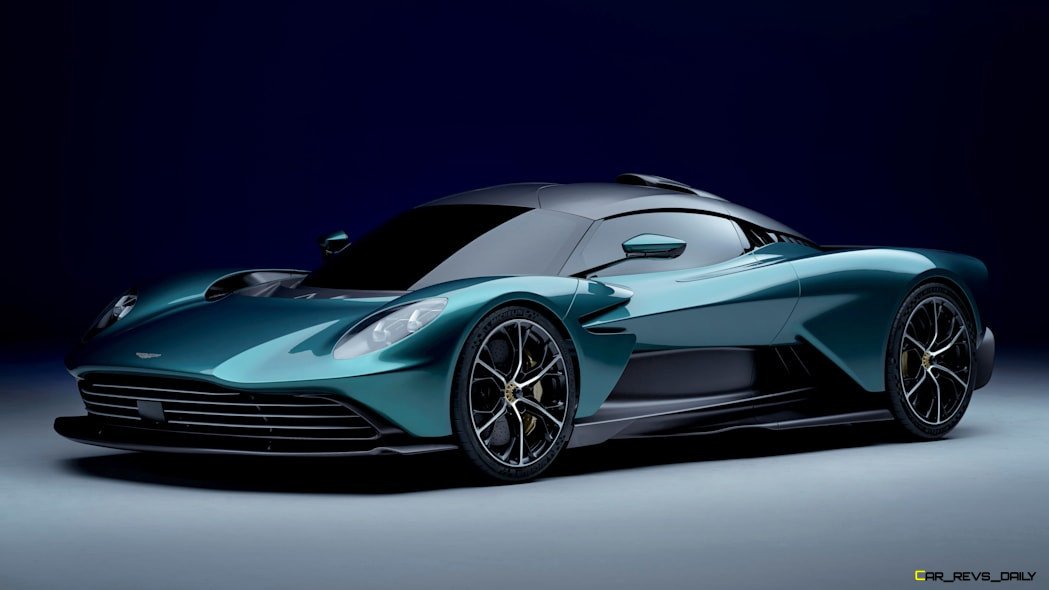 It has been a while since we heard anything surrounding the Valhalla supercar. While the spotlight these days is centered on the Valkyrie, the Valhalla has its own role to play, which Aston Martin made clear back in 2019 when it originally introduced the car as the AM-RB 003. Alot of changes have taken place since then, but Aston Martin is determined to see the Valhalla enhance its green profile.

When we last met the Valhalla, it was originally supposed to be powered by a 3.0 liter twin-turbocharged V6 that was to be built in-house by the company. COVID-19 and the ensuing change in Aston’s financial fortunes forced the company to scrub those plans, with the firm now claiming that a “bespoke V8 engine powers the Valhalla.” The mid-mounted twin-turbocharged engine is still equipped with hybrid technology, but don’t be shocked if this engine is none other than the AMG sourced 4.0 liter twin-turbo V8, which has seen duty in recent Aston models (including a DBX that we reviewed a short while ago.)

The V8 is paired with a pair of electric motors, adding an extra 201 hp on top of the V8’s numbers. The result is a combined 937 hp, which allows the Valhalla to make the sprint to 62 mph in 2.7 seconds before finally topping out at 217 mph. There are some rumors suggesting that the engine here is related to the AMG GT Black Series, but we get to wait a bit before we have the chance to find out if that’s indeed the case. The Valhalla will send all of this power to the road through an eight-speed dual-clutch automatic, supposedly developed just for Aston with no sharing or sourcing by a prior party. 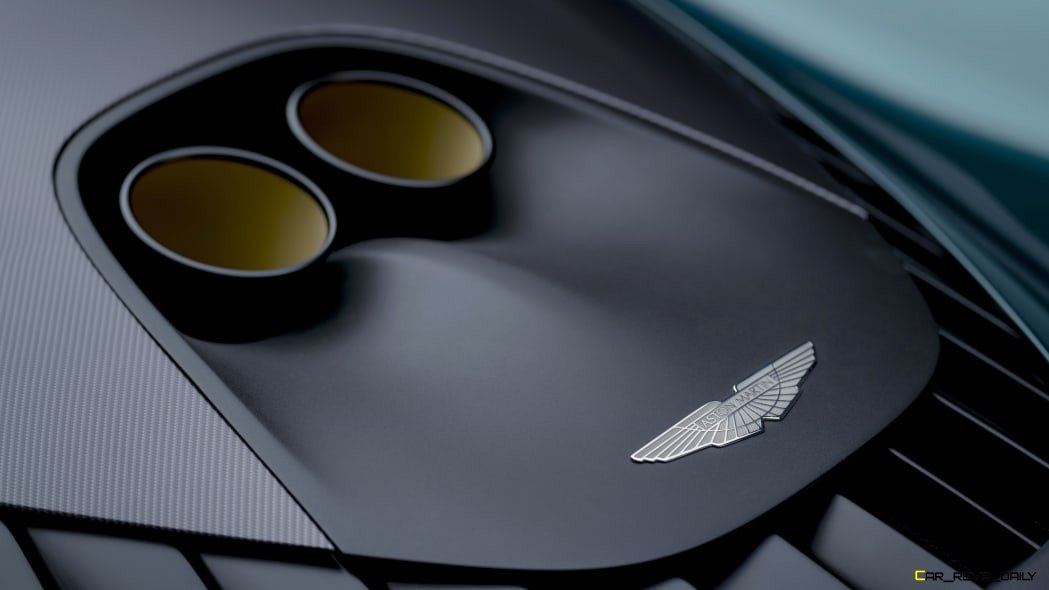 All of this is hidden away by the elegant exterior styling, a tasteful blend of current Aston cues and futurism. The front fascia features a front grille that is reminiscent of the smaller Vantage while the headlights continue the tried and true Aston Martin tradition of familiarity. The side profile comes with several sharp curves and intakes that balance form and function like other supercars. The sloping roofline features a small roof scoop and draws the eye to perhaps the wildest detail the Valhalla has, with the exhaust pipes being routed up and through the rear bodywork. Alot of the bodywork is inspired by F1 cars, and it even borrows a few of these traits for road-going use. Thin LED taillights, a carbon fiber rear spoiler, and a massive diffuser round out the styling changes back there and help create styling balance for the Valhalla.

While the Valhalla was eager to strut its stuff in front of the cameras, Aston Martin chose to keep the interior hidden this time around and didn’t release any pictures. However, look for the Valhalla to push Aston’s interior design to newfound heights of elegance and functionality. The Vantage and DB11 were very potent previews of the newfound vigor that Aston Martin’s designers were injected with and look for that to be ramped up to a very potent crescendo in the Valhalla.

What could we See? Perhaps a higher percentage of carbon fiber as well as green-focused materials to highlight Valhalla’s green-focused mission. That could include leather seats made from reclaimed materials and other items scattered throughout the interior to reduce its environmental footprint further. The infotainment system will most likely be sourced from Benz, and perhaps the same hand-me-down units in the DBX, Vantage, and DB11, which is not bad in hindsight since the system in question is still a very usable unit.

When Can I Buy An Aston Martin Valhalla? 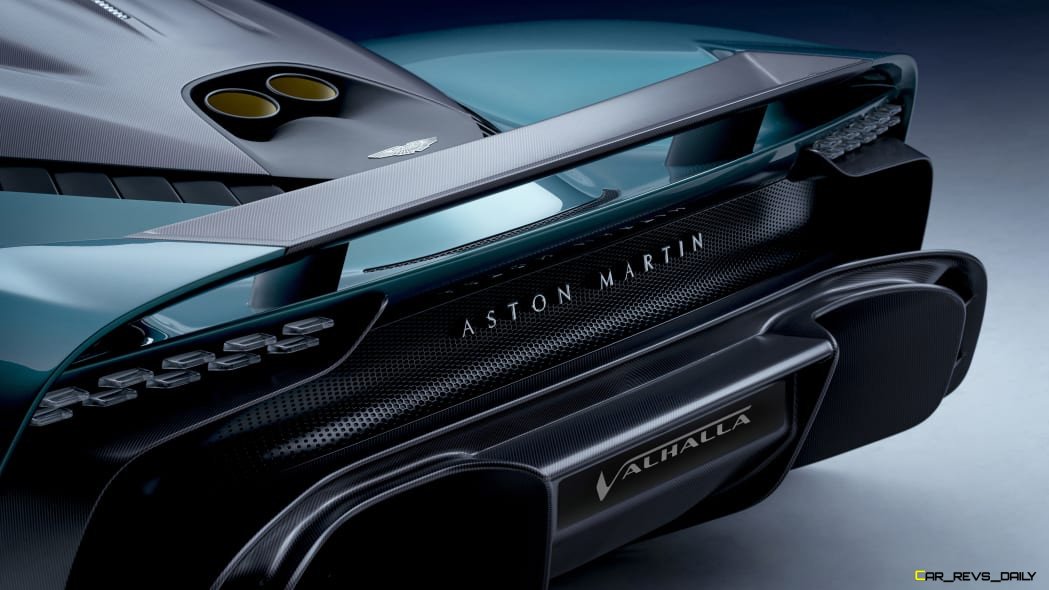 Aston Martin stopped far short of revealing when the Valhalla will begin making its way to buyers or if it will be a truly global offering? But the Valhalla will be a very light supercar with initial weight estimates indicating that it will weigh 3,417 lbs which is extremely light for the segment. The Valhalla and the Valkyrie could also form a “V-Series” of models for Aston buyers that want a clear step up from the Vantage and DB11, especially if the rumored third model (which would revive the Vanquish nameplate) is indeed happening. 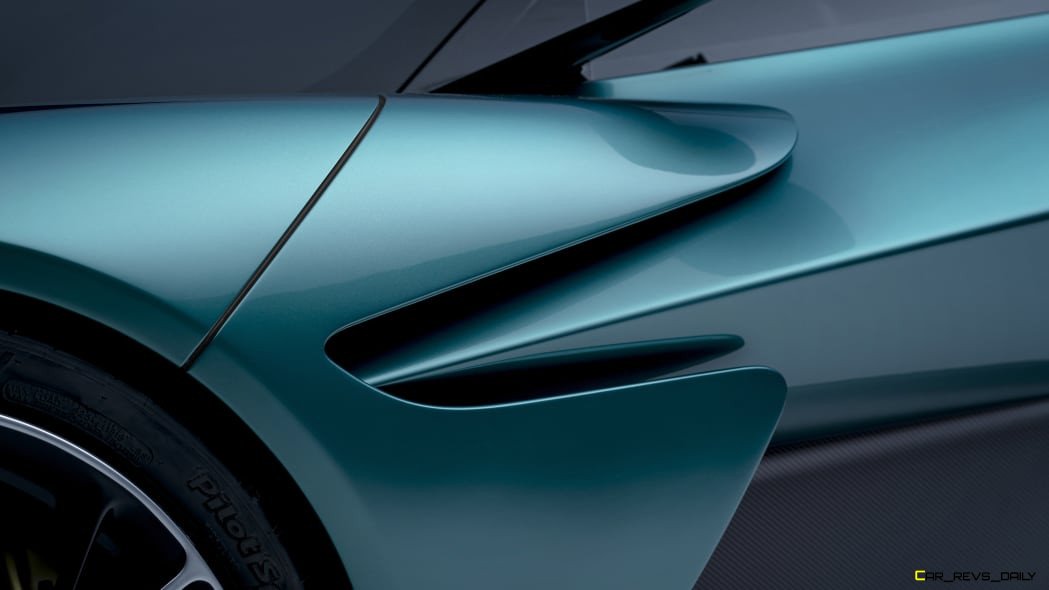 This would help create a proverbial ladder of progression within the company, and the V models could become the new top rung of the model family for customers to aspire to. Stay tuned for further developments on the Valhalla. It will be interesting to see how Aston’s first hybrid model (barring any further delays that force it to give up this honor to another model) does out in real-world driving.