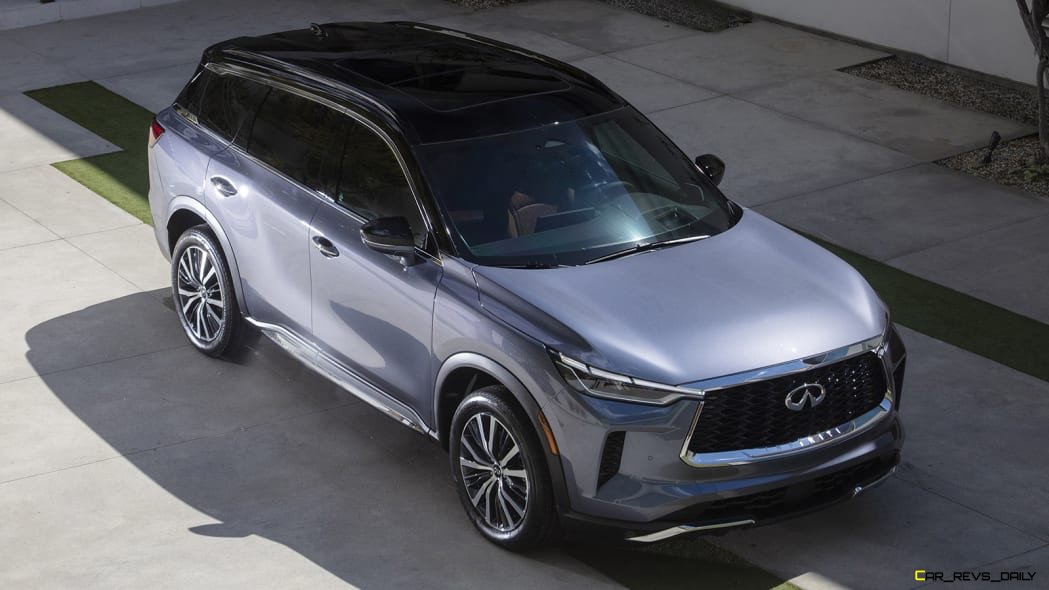 When we last checked in on the 2022 Infiniti QX60, it first appeared as a thinly veiled concept that made its virtual debut last September. The concept looked very slick, but it did not do too much to answer our questions about what the production version would bring to the table. Fast forward to today, and we finally get to see the revamped 2022 QX60, which aims to re-establish itself in the luxury SUV ranks.

Unsurprisingly, the 2022 QX60 SUV retains much of its show car personality, which is good news for Infiniti dealers looking to bring higher foot traffic levels to their showrooms. The model has the boxiness that defines many SUVs but still has some of the elegant shapes and curves that have become a trademark Infiniti design cue. A larger front grille and sharper-looking headlights lend a more aggressive persona to the utility. At the same time, the side profile leads out to the rear, which now incorporates sharper-looking taillights and a reworked rear bumper. Infiniti stylists also debuted a new two-tone paint scheme, but it will only be offered on the range-topping Autograph trim.

With all the changes that the design endured, it’s good to see that the wheelbase is unchanged from the outgoing model despite some marginal gains in both height and width. 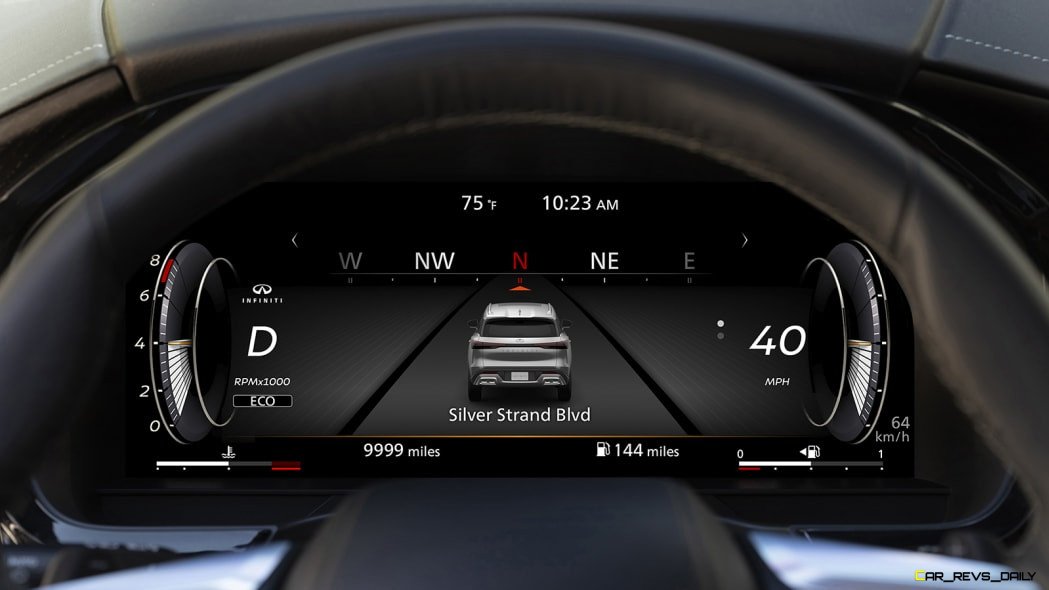 The biggest changes, though, are found in the interior. While ample space was not a weakness, the sheer age of the technology and the electronics on hand was a glaring flaw in the QX60’s game. That’s why Infiniti engineers ripped everything out and pretty much rebuilt the entire cabin. That included an all-new dashboard that adopts a flowing design and comes equipped with full-width air vents. The infotainment system has also been reworked and now comes with a 12.3-inch infotainment screen which ditches the old and rather weird looking dual-screen layout for a cleaner yet larger look. This screen can also be paired with a 12.3-inch instrument cluster and a large 10.8-inch heads-up display on Autograph models.

Tri-Zone climate control is also on board, and the QX60 comes equipped with Wireless Apple CarPlay and Android Auto capability. A second-row bench is standard across the bulk of the QX60 lineup, but if you go for the range-topping Autograph model, the bench is swapped out for a set of comfortable captain’s chairs. 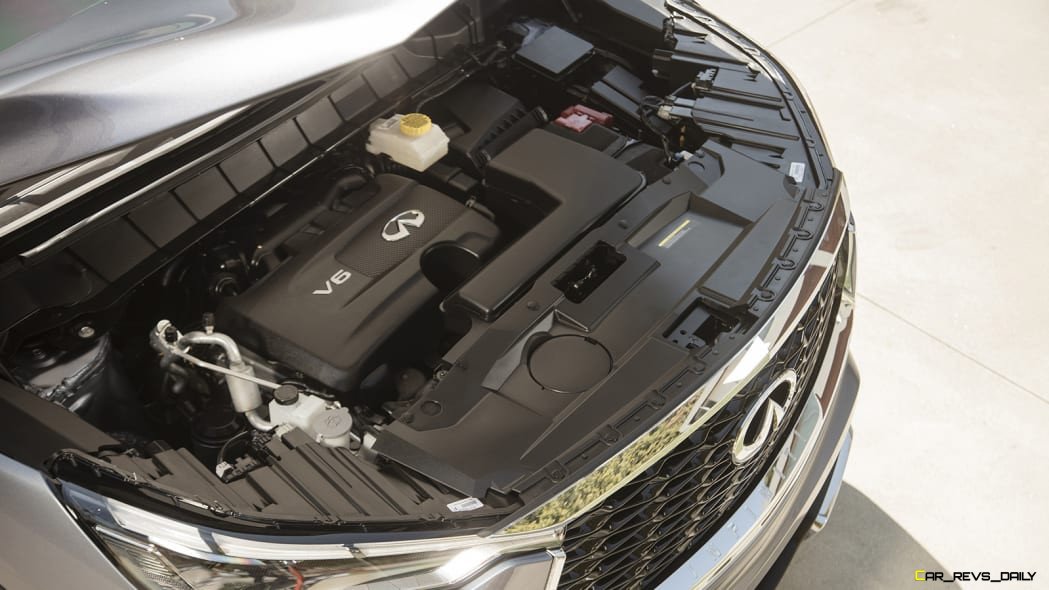 The QX60 has always been in the shadow of the Nissan Pathfinder when it comes to the core essentials of its DNA. That includes the performance hardware with the Pathfinder’s 3.5 liter V6 seeing duty here in the 2022 QX60. Like before, this familiar engine produces 295 hp and 270 lb-ft of torque, but it’s now paired with an all-new nine-speed automatic transmission. This new transmission helps bump the towing capacity up to 6,000 lbs, with the QX60 being offered with standard front-wheel drive (all-wheel drive is optional.)

Speaking of the all-wheel-drive system, Infiniti claims it has tweaked key aspects of the system to help quicken activation times and better manage the amount of torque that goes to the wheels. An accompanying brake-based torque vectoring system helps regulate how much power goes to the rear wheels and enhances the QX60’s driving character.

Infiniti claims that the first production units will make their way to dealerships later this year but stopped short of revealing the final pricing ladder for the 2022 QX60. We suspect it will not deviate too much from the outgoing model with a base model starting at $45,000. The QX60 will have quite the climb on its hands when it comes to establishing itself as a threat.

Many of its rivals have taken advantage of the QX60’s stagnant nature and have benefitted from their fair share of revisions. However, if the 2022 QX60 can show customers that it has the technology and the functionality needed to enhance the long term ownership experience, it might be enough to help give the 2022 QX60 the benefit of the doubt, especially among new customers that might be entering the Infiniti fold for the first time.