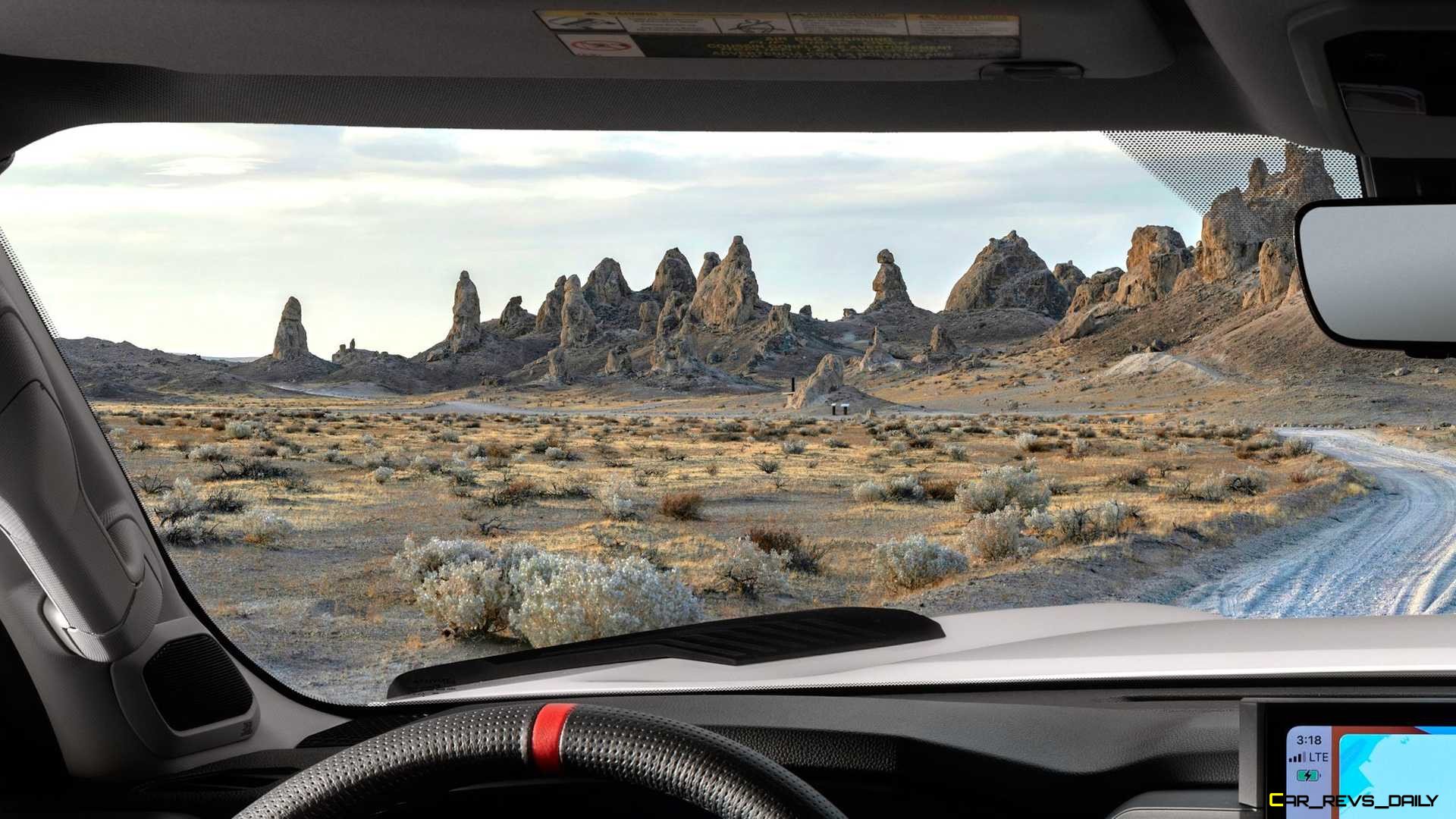 Last week Toyota was forced to do damage control with an ill-timed dealer leak forcing the company to reveal the bulk of the 2022 Tundra‘s exterior styling early via a cheeky social media post. Thankfully, the interior was not hit by the leak, and Toyota has resumed its teaser campaign with the Japanese auto giant focusing on the interior of the revamped truck.

The trio of images that Toyota released today prefers to showcase the spectacular surroundings that the truck was in through the windshield. The bulk of the redesigned dashboard is not visible. However, the postcard-worthy surroundings are not the newsworthy item here (sorry, travel fans), but rather, it’s the new infotainment screen that peeks out of some of the images. Unlike the older truck, which used a pure in-dash design, this one is much bigger and actually stretches its way above the dashboard. This screen could be an optional extra versus a piece of standard equipment, but it still looks very impressive. The screen also appears to be showing off its Apple CarPlay functionality which would support prior rumors that suggested that Android Auto would be a delayed addition to the truck.

The rest of the interior appears to have some work done, and while it’s obvious that this is a TRD Pro grade cabin, some welcome changes stick out when compared to the outgoing model. The speaker housings for the JBL premium audio system look new, and the steering wheel now boasts a red center stripe. The mirror housing itself also looks brand new, and it will be very interesting to see if Toyota will bring a video mirror option to the Tundra. The addition of camera mirrors has proven to be successful for GM and some other automakers, and perhaps it will allow Toyota to make a bigger splash when it comes to the truck’s impressive roster of safety equipment.

Other Surprises Are Coming

The 2022 Tundra will also bring several other changes to consumers, along with the revamped exterior and interior. While the details surrounding these changes have proven to be very elusive, the recently unveiled 2022 Land Cruiser does appear to offer some insight into a few of them. A key one is that the V8 will be sent into retirement with a smaller 3.5 liter twin-turbocharged V6 taking the reigns.

A newly created mill of rumors suggests that the engine could come equipped with some form of the hybrid system (partially due to the blue-tinged badging), but Toyota has so far stayed quiet on the issue, and we will have to wait until it formally debuts to find out whether that’s indeed the case or not. At the current pace of things, it appears that a debut is not too far away, and the 2022 Tundra could make its debut in the next few months.