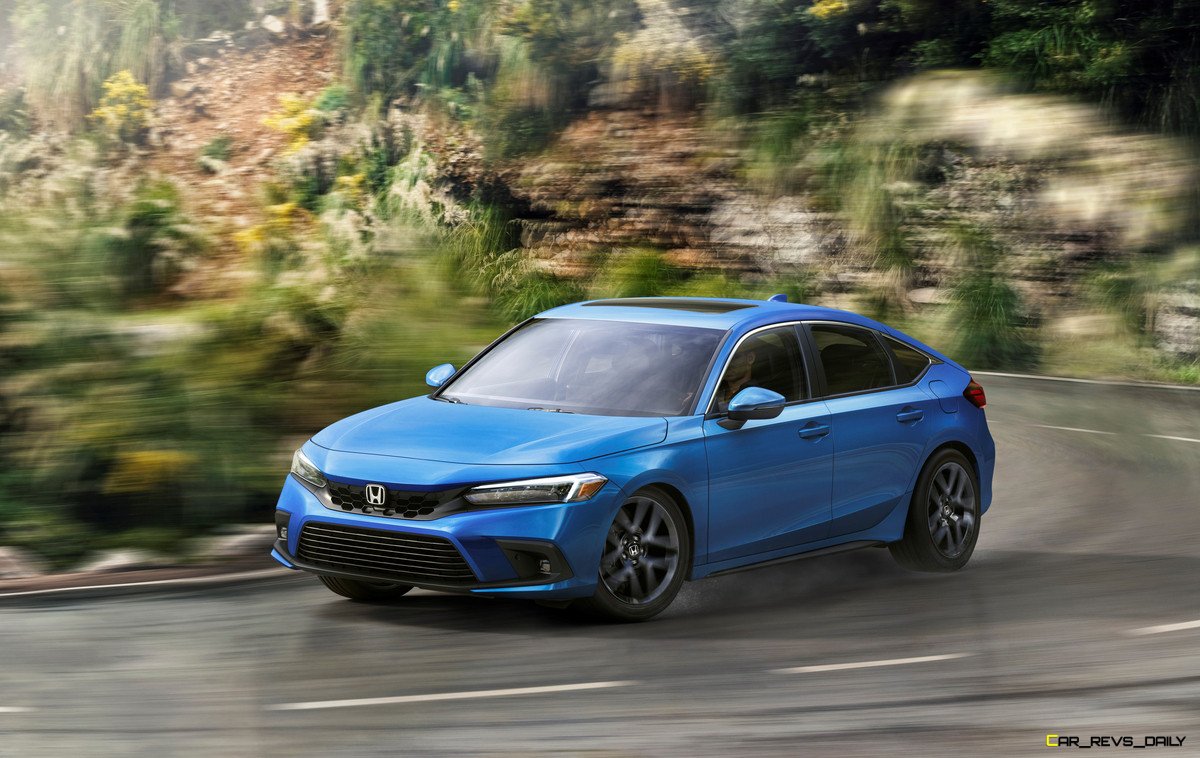 Here’s a question that undoubtedly faced the buyer of a Honda Civic when they entered a showroom. What if you wanted some of the value-focused charms of the iconic compact but needed a hatchback for increased space and style? Honda has thankfully answered this question and confirmed that the 2022 Civic Hatchback would continue to be offered for customers looking for more zest in their drive.

Appealing to what Honda calls “Young Active Buyers” (whatever that means), the Civic Hatchback shares some of its core styling with the sedan version. However, the hatchback stands out by offering some small but noticeable differences in a few of its styling treatments. The front fascia, for example, uses hexagonal-shaped openings in the grille instead of the slats used on the four-door. The hatchback’s side profile highlights the sloping roofline, and it leads the eye to the back, where the bulk of the changes make themselves apparent.

The rear features all-new taillights with a lightbar that unifies them. Honda claims that the actual hatchback itself is crafted out of a lightweight composite material that helps it be slightly lighter than its sedan sibling. The Civic Hatchback has 1.6 inches of extra width when the hatch is opened versus the outgoing model, but cargo space does shrink slightly with the 24.5 cubic feet of space on hand, losing a few cubes to the 27.5 inches wielded by its predecessor.

All Glory To The Manual

Along with the obvious changes in the exterior, there’s also a noticeable change in the performance hardware. It’s not found in the engine offerings (they all carryover), but rather it’s found in the transmission with Honda confirming that the hatchback can be ordered with a six-speed manual gearbox versus the automatic-only lineup in the sedan. The shift it yourself option is available on both engines, with the base 158 hp 2.0 liter four and the 180 hp turbocharged four-cylinder all benefiting from it. A CVT is also available that adds paddle shifters to the steering wheel in Sport and Sport Touring models, but LX and EX-L model buyers will not be able to join in on the shift it yourself fun.

Honda also revealed that there would be subtle tweaks to the suspension and steering in all hatchback models in an attempt to enhance the driving experience. Still, we will have to wait until we have a chance to take the Civic Hatchback out in real-world driving to find out if these changes do indeed make a difference.

When Will We See The 2022 Civic Hatchback?

With all the details and entertainment that Honda shared with the world today, the one thing that the company is keeping close to the hilt is when we will exactly see the 2022 Civic Hatchback make its way to dealerships? Honda confirmed that production would begin soon at the company’s Greensburg, Indiana plant soon but stopped far short of telling us when it will arrive.

But with the 2022 Civic sedan just now beginning to quickly make its way to dealerships, look for the hatchback to have a similarly swift entrance, with the model possibly arriving in showrooms later this year.