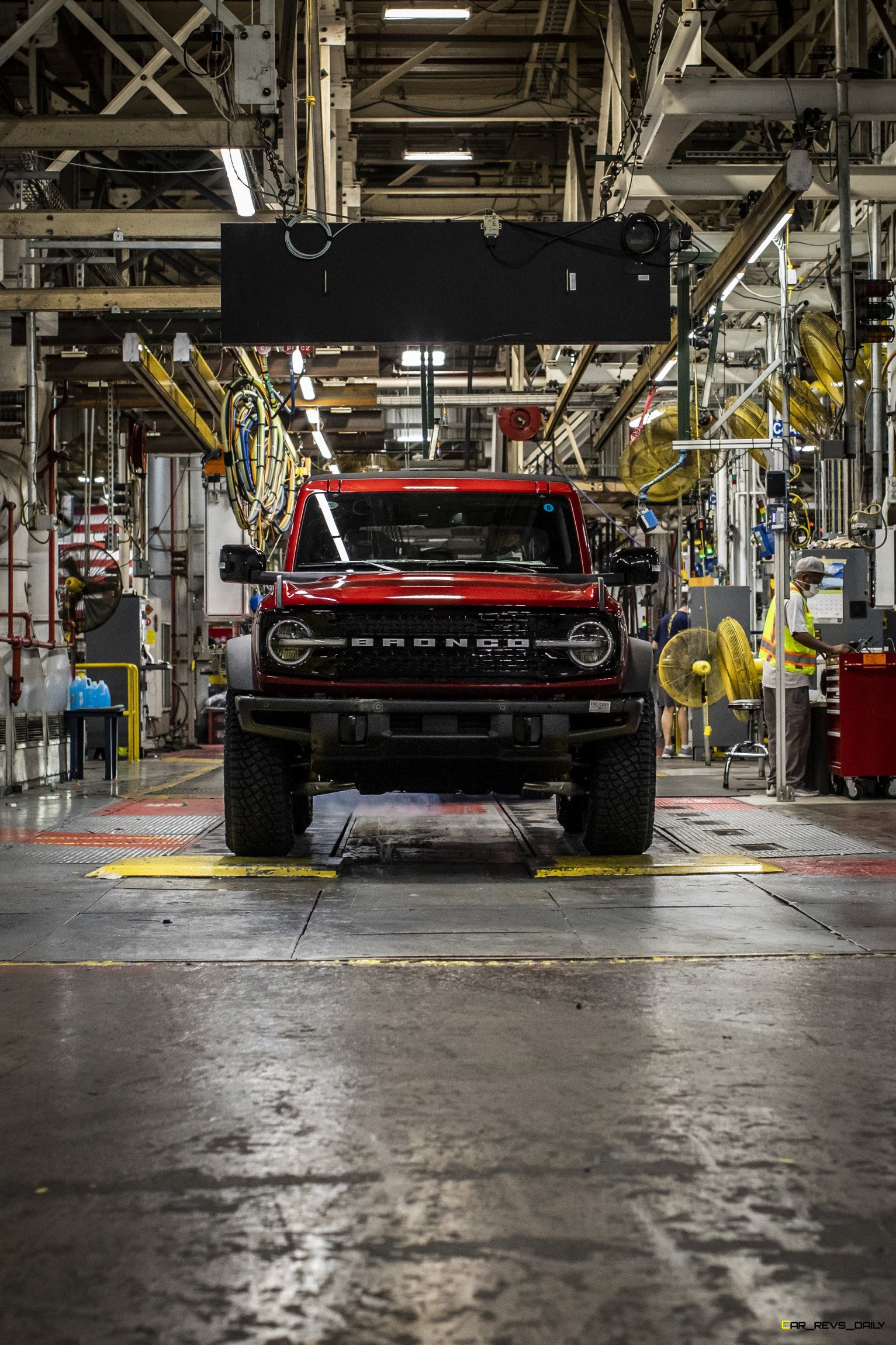 It has been a long and obstacle-filled journey for the 2021 Ford Bronco. When Ford first announced that it was reviving the off-road icon, the model was looked at by many as one of the most important launches that the Dearborn-based automaker had ever done. But the COVID-19 pandemic and some of the ripple effects it generated derailed Ford’s original timeline of production, and the Bronco remained a common sight in the hands of engineers all over the Metro Detroit area. But at long last, production has formally begun with the Michigan Assembly Plant (MAP), finally assembling Broncos for consumer consumption.

Bronco Beginning Its March To Dealerships

This key step in the Bronco’s development cycle reflects Ford’s commitment to the Bronco with the Michigan Assembly Plant receiving a $750 million investment that updated the plant to help it handle Bronco production and generate jobs with the MAP facility creating 2,700 new positions for new workers. The plant will produce both the four and two-door Bronco, confirming that both models are now making their way to dealerships nationwide, where they will be sold alongside the smaller Bronco Sport.

Their arrival will help Ford meet the massive amount of consumer demand that both variants of the Bronco have experienced, with Ford claiming that over 125,000 orders for the Bronco have been placed with an additional 190,000 reservations being placed by consumers in both the U.S. and Canada. That’s before you factor in the vigorous online debates that have raged not only in Ford’s official online Bronco news hub Bronco Nation but also in smaller enthusiast forums.

“We know fans have been waiting for the Bronco – and we’re so excited to bring it back,” said Suzy Deering Ford’s Chief Marketing Officer. “And this Bronco is better than ever. We’re staying authentic to Bronco’s goes-over-any-terrain heritage and have leveraged the brand’s Built Wild innovative design, durability, and advanced off-road capability to get the most out of every adventure in the wild.” 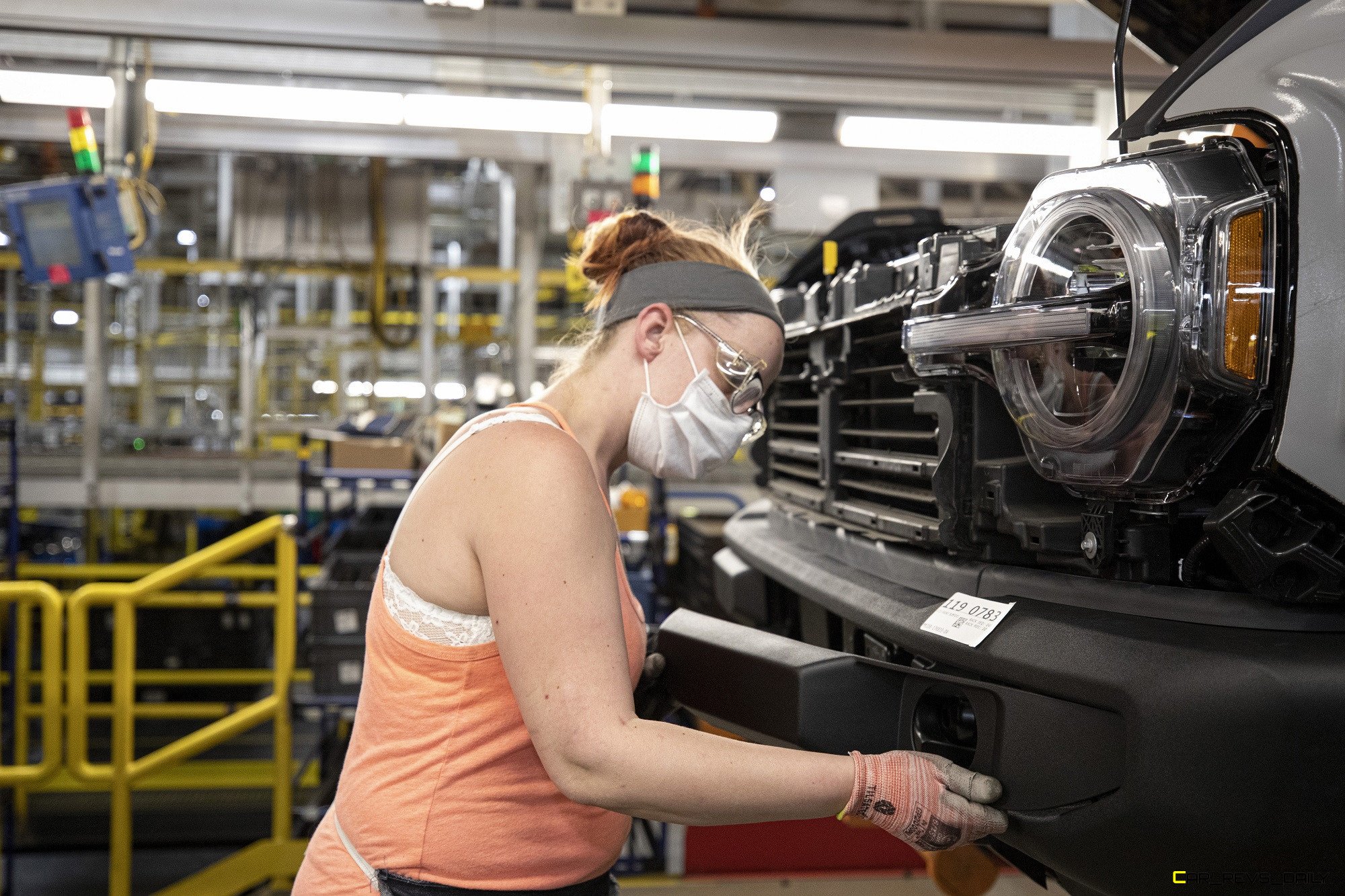 A core component of the fore-mentioned investment into MAP is creating a 1.7 million square foot Modification Center that is right next door to the plant. As the name implies, the Modification Center is where the bulk of the Bronco’s custom accessories are installed. These include safari bars, exterior graphic packs, winches, roof racks, and other accessories from Ford’s catalog of optional goodies. Ford claims that the pool of available equipment will be growing over time, and the large size of the building is meant to accommodate this projected growth successfully.

This is roughly similar to MOPAR’s massive facility in Center Line, Michigan. That building is also designed to accommodate Stellantis’s custom vehicle operations and is also where some of the company’s custom vehicle offerings are created. That includes multiple flavors of the Jeep Wrangler, which is the Bronco’s chief opponent and will be a recurring threat in multiple sectors of the off-road market. That includes the world of customization and accessories.

Prospective buyers have often asked when they can finally buy a Bronco of their own? The answer is that they might still have to wait a while to formally have the chance. While the start of Bronco production coincided with the national rollout of the Bronco to showrooms, Ford still has to go through a massive amount of pre-orders. This process will take time, and that might mean buyers without a reservation will be placed in the back of the line (barring a last-minute cancellation that opens up a Bronco for purchase.)

Pricing for the 2021 Ford Bronco will start at $29,995, with Ford claiming that reservation holders will see their Broncos arrive later this summer. But once the Bronco gets by this initial slow availability, look for it to be a trendy piece of eye candy in the eyes of the broader public, and sales will undoubtedly increase over the next few years. In the meantime, Ford will have a small video stream of the event which can be seen below.