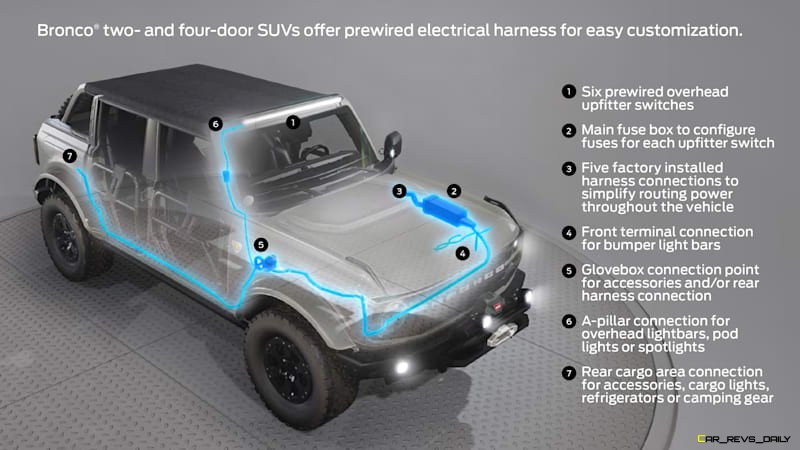 The 2021 Ford Bronco is shaping up to be a very potent off-road offering and could perhaps be the most serious threat that the Jeep Wrangler has faced out on the trail. Ford knows that its customers will customize their Bronco purchase at some point during the ownership experience. They might do it immediately or prefer to wait till later, but regardless of the timeline, the Bronco is always a blank canvas 24/7. That’s why Ford is preparing for the inevitable wave of modifications by shedding some new light on the pre-wired up fitter switches that will be equipped to all Bronco models. 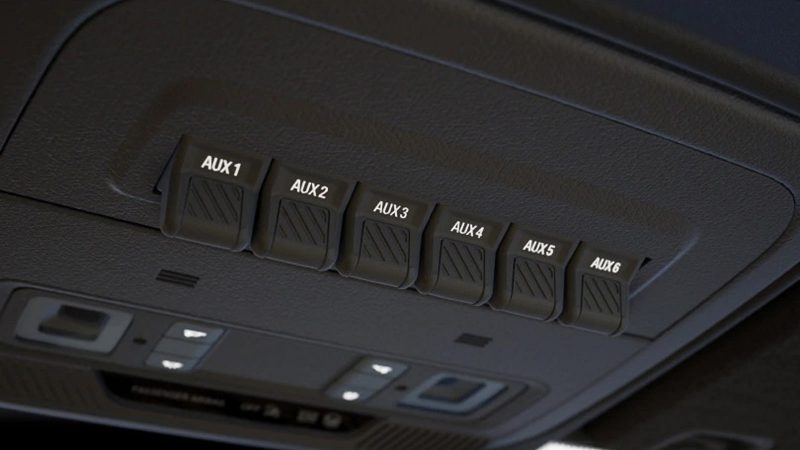 Ford confirmed some time ago that it will be equipping the bulk of the Bronco family with up to six overhead mounted pre-wired upfitter switches. These switches are standard on the Black Diamond, Wildtrak, Badlands, and First Edition models but buyers looking to add them to the Base or Outer Banks variants will have to pay $195 to have them equipped to their rigs. While this might seem like an excessive price to pay in the short term, it could ultimately lead to a much easier customization experience in the long term.

While something as minor as a set of switches might not register on the radar of most SUV buyers, they play a very key role in the world of vehicle customization where ease of installation from the factory is a rarely seen luxury. In this case, Ford set out to try and make the installation of various accessories a plug-in-play affair with Ford making a number of tweaks to help make the installation process simpler. That includes a terminal connection upfront that can accommodate a bumper-mounted light bar. Other connections include a wire that snakes its way to the A-pillar to support roof-mounted installations as well as a wire that’s mounted in the rear for any installations that are applied back there.

There’s even a glovebox-mounted connection for any aftermarket camera installation and other accessories. This amount of flexibility is more than what you get with the Jeep Wrangler which only offers four pre-wired switches for any accessories that owners choose to equip to their Wrangler. Like the Bronco, each switch is pre-wired to a certain vehicle segment, but it’s hard to ignore the two extra switches that the Bronco has and how that can help expand the range of possibilities that customers have when it comes to customizing it. 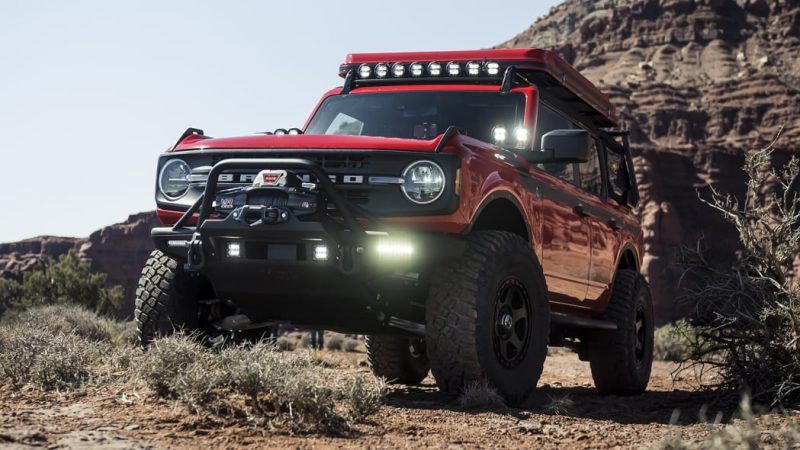 While the smaller Bronco Sport has already made its way to dealerships nationwide, we still get questions about when its bigger brother will eventually thunder its way into showrooms? At the moment, the Bronco is currently being affected by COVID-19 related delays that have wreaked havoc on some of the parts (especially the roof assembly.) But Ford reps claim that the wait will soon be over with the first Bronco models being shipped to dealerships in June 2021.

However, due to the high amount of reservations for both the four and two-door versions, this initial delivery window may extend into early 2022. While the long wait might not have what Ford envisioned when it first planned the 2021 Bronco in a pre-COVID-19 world, we suspect that patience will indeed be a virtue especially if the Bronco can live up to the hype.