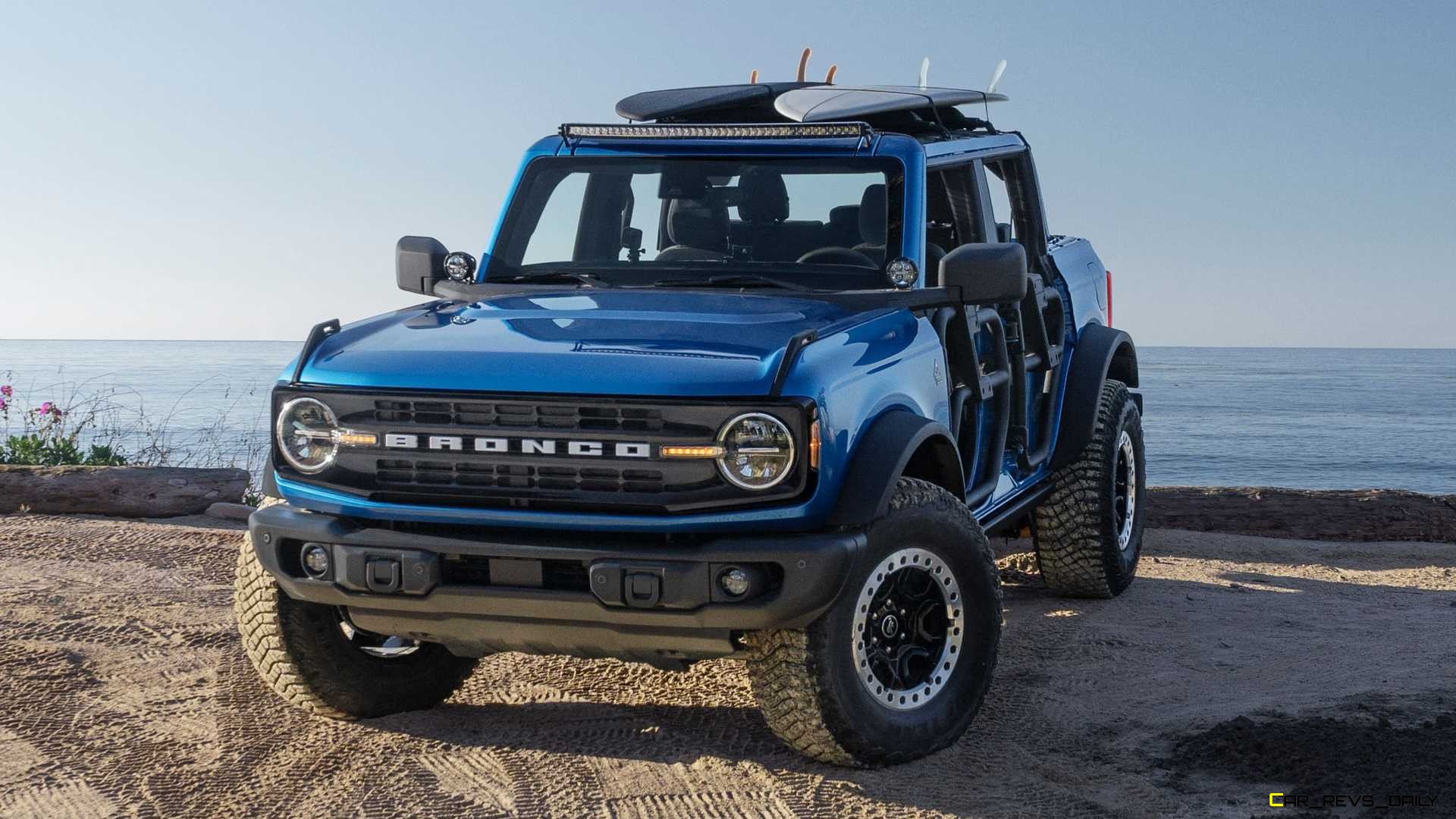 When the Ford Bronco was revived, the Dearborn auto giant made it pretty clear that it aimed to take on the Jeep Wrangler in every possible sector of the off-road market. But while the launch has been hobbled by recent issues with the Bronco’s hardtop roof, the company is still eying a strong profit in offering custom accessories (long dominated by the fore-mentioned Wrangler.) Over 200 accessories have already been confirmed, but Ford has unveiled the all-new Bronco Riptide concept to help bring some of these options to life.

Stylish One-Off Has The Beach In Its Sights 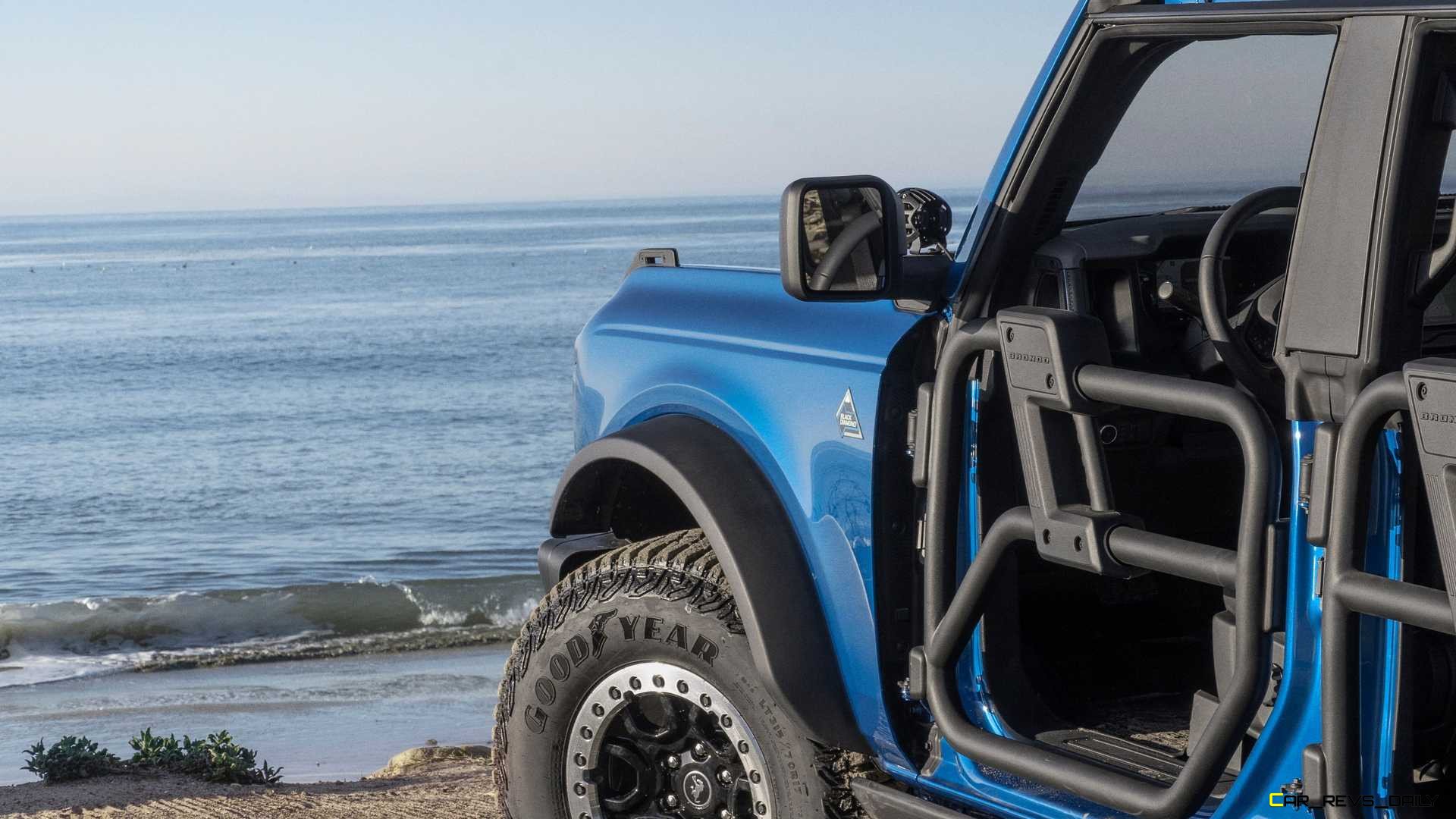 The Bronco Riptide might be a mere one-off, but the concept has several off-the-shelf accessories that you can buy right now for your Bronco. The concept is based on a four-door model with the available (and highly recommended) Sasquatch package. However, Ford designers went wild from here and added goodies such as a Bimini top, a Yakima sourced bike rack, numerous LED off-roading lights, as well as the slick-looking tube doors.

“For this Bronco Riptide project, we imagined a customer who enjoys the open air and a free-spirited West Coast lifestyle,” said Missy Coolsaet, Bronco color and materials designer. “We wanted the vehicle to demonstrate how Bronco customers can personalize their vehicle, letting different types of customers visualize what they might want to do with their future Bronco.”

The exterior styling before the upgrades is largely unchanged from a stock Bronco four-door. Still, we did notice that the front bumper is slightly different, with Ford reps claiming that’s because the concept was built around a late-stage Bronco prototype which didn’t receive all the changes the production version got. Ford reps also point out that buyers can roll the accessories into the final purchase of a Bronco, but look for this to enter its full potential once some of the early launch hurdles are all cleared. This particular concept is powered by a 2.7 liter EcoBoost V6 but sadly is not hooked up with the manual and is instead mated to a 10-speed automatic.

“Thanks to the Bronco modular design, we were able to outfit the vehicle with adventure gear that allows for freedom and versatility,” said Coolsaet. “Whether heading off to the mountains or along the California coast, the Bronco Riptide custom vehicle is ready for adventure.”

Look for the 2021 Ford Bronco to play a key role in Ford’s sales plans once it has had all of its early launch bugs filtered out. The revived off-roader is not only going up against the benchmark Jeep Wrangler but also other rugged billy goats like the Toyota 4-Runner, which have gathered up their own group of loyalists over the years. Alot of the accessory side of the Bronco lineup will be built at Ford’s all-new Modification Center, which is a newly added extension of the existing Michigan Assembly Plant.