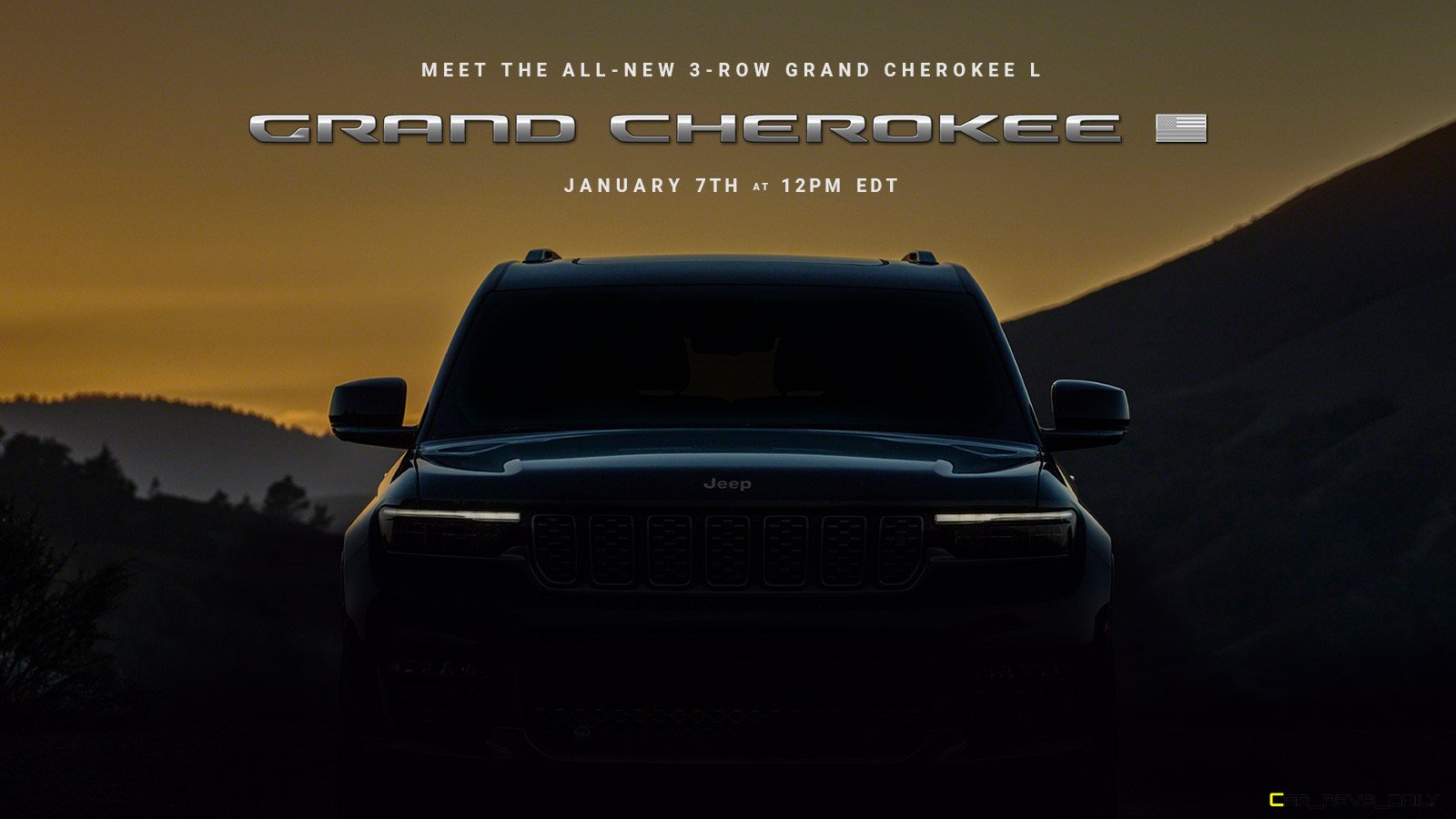 More room for adventure. Tune in tomorrow at 12 PM EDT for the reveal of the All-New 3-row Grand Cherokee L.

Jeep’s lone teaser image does not reveal too much, but we do get to see a pair of new headlights as well as what appears to be a reworked front grille. However, the main thing here is the new “L” moniker which appears to indicate that the Grand Cherokee will finally bring a third row option to consumers. Anything with an L badge in recent years has always denoted extra length and in the case of the Grand Cherokee it appears to not only denote extra length, but also extra seating.

This would be a big change for the Grand Cherokee which has always been a pure two row SUV for all of its life prior to this. FCA always left three row duties to the Durango, though Durango SRT models do offer a third row delete as part of an optional attempt to shed weight. The third row would also allow the Grand Cherokee to fill a void in dealer showrooms until the larger Grand Wagoneer three row SUV makes its eventual arrival to showrooms. While there are some who would be concerned about this new Grand Cherokee potentially cannibalizing sales from the Durango, we suspect that different marketing will negate that.

In addition to the potential of adding extra seats, the refreshed styling would also be a welcome development for the Grand Cherokee. The iconic Jeep is still a strong seller for Jeep, but it has not been refreshed for several years with the last major styling overhaul taking place back in 2014. That’s a long time in the automotive landscape, and many of its rivals have long since been refreshed or overhauled during that period of time.

The 2021 model will change all that and we suspect that the Grand Cherokee will go for a more premium look that ditches some of the rounded off lines for a decidedly more squarish appearance that will also infuse some of the elegant undertones that we first saw on the Grand Wagoneer concept. The L’s added length will potentially enhance the effect, and we look forward to seeing if that’s the case.

Thankfully we won’t have very long to wait with Jeep confirming that the 2021 Grand Cherokee L will be making its virtual debut tomorrow at noon EST. We will have a live stream link of the event on all of our social media channels so stay tuned for that.