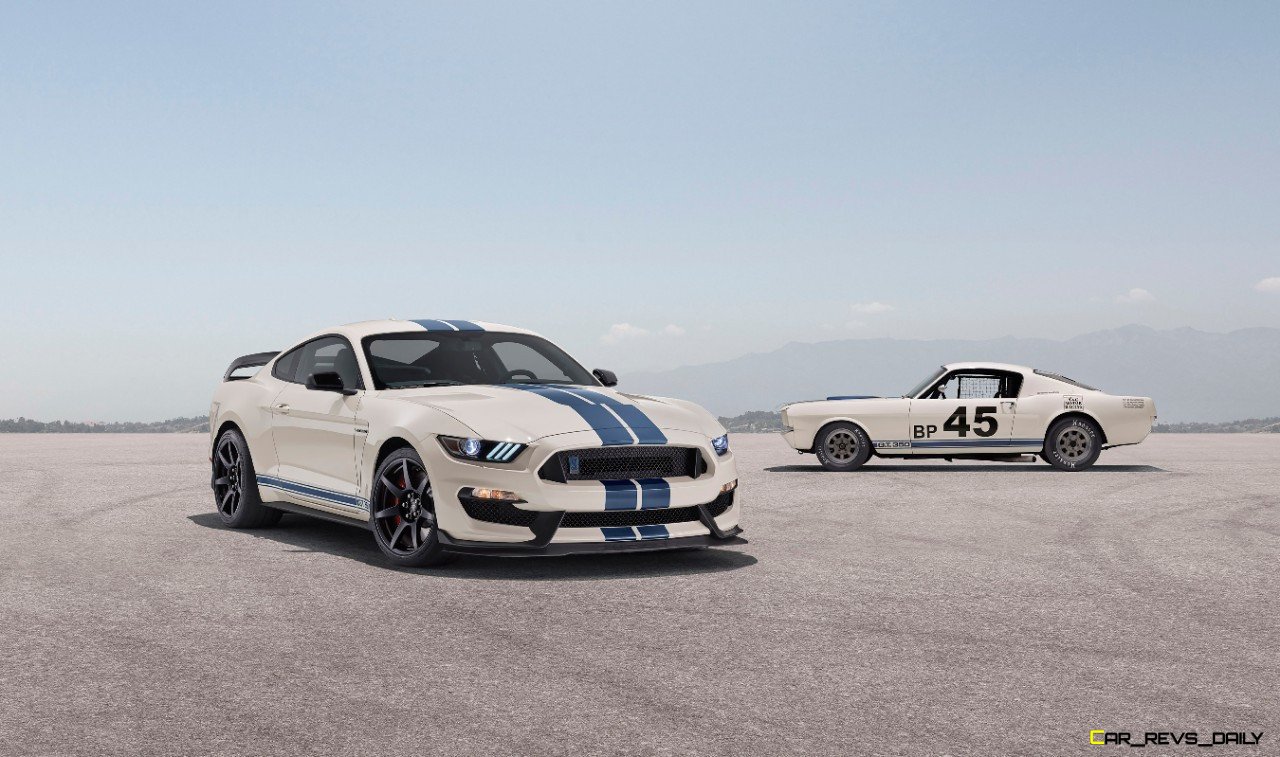 Back in August, Ford showcased the suite of exterior and mechanical enhancements that the Ford Mustang Shelby GT350 and the GT350R received for the 2020 model year. We even had a chance to sample the duo on the winding twists and turns of the M1 Concourse. But while we had a blast seeing what these capable serpents could do out on the track, as well as hearing the sweet soundtrack from the 5.2 liter V8. There was a sense that the pair were missing a noticeable link to their rich past. Ford and Shelby embarked on fixing that, and revealed a new limited run Heritage Edition package which celebrates the GT350’s 55 year history, and also pays homage to Caroll Shelby’s original 1965 race car as well.

The package makes its presence known on the exterior, with the core DNA of both models being augmented by classic Wimbledon White paint, with Guardsman Blue stripes for the center and sides. The color scheme is identical to the original competition model built by Shelby, and several distinct badges (including a dash mounted plaque) help them stand out from their mainstream cousins. As a bonus, GT350Rs equipped with this pack gain all black race seats with contrasting red stitching. Other than these minor tweaks, the rest of the GT350 range sees no other changes, which should please weekend warriors and loyalists that love its potent track credentials.

“Looking back on it, what Ford and Carroll Shelby created back in the mid-’60s was so important to Mustang,” Jim Owens, Ford Mustang marketing manager, comments. “With their authentic exterior livery, unique appointments and performance Ken could have only dreamed of, the Mustang Shelby GT350 and GT350R Heritage Edition Package vehicles are a meaningful tribute to the legacy of the Shelby brand.”

Heritage Edition models are already available to order through Ford’s dealer network, and the pack bumps the price of GT350 and GT350R up by $1,965. For a brief recap, 2020 GT350 models have a base price of $60,440 while the GT350R gets the party started at $73,435. Heritage Edition production is scheduled to begin in early 2020, with deliveries beginning this spring.