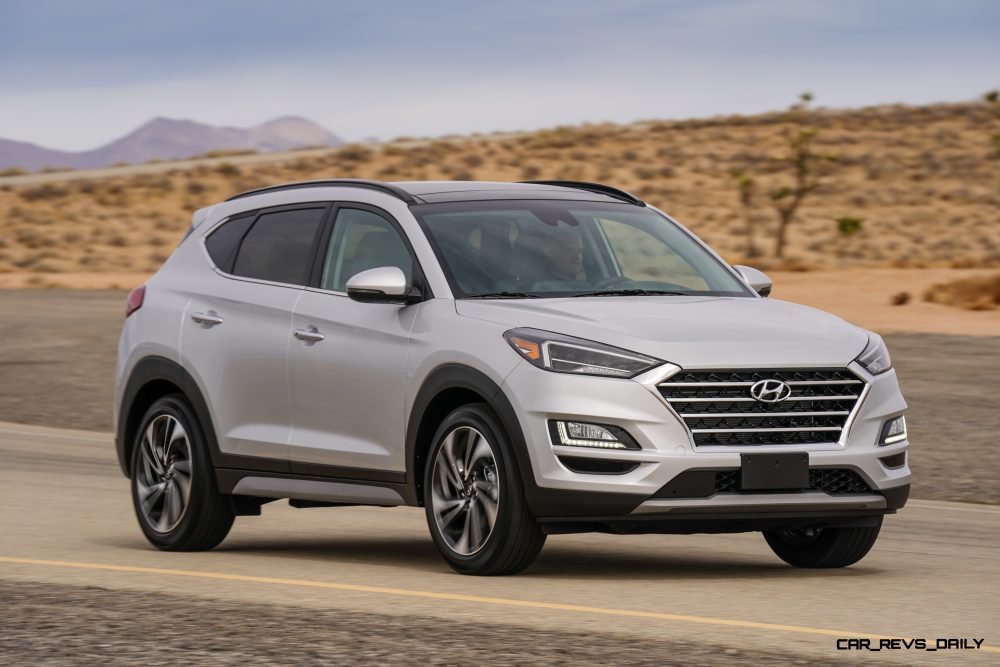 Hyundai’s N performance sub brand has bold aspirations for the performance vehicle market. With the i30 N and the U.S. exclusive Veloster N covering both sides of the globe with their hot hatch performance and the Elantra GT N-Line signaling the emergence of the N-Line lineup, new rumors suggest that an unlikely Hyundai offering could be the third model in Hyundai and N’s ruthless assault on the performance SUV segment.

While we had our collective sights on perhaps seeing the smaller Kona CUV receive an N branded model of its own, several company insiders revealed to the folks at Auto Express that the Tuscon SUV could indeed be in the running for inclusion into the N brand family. When viewed in its current guise, the Tuscon is not necessarily the first nameplate you think of when asked to name a performance SUV. The Tuscon is a solid and capable family hauler, but its performance hardware has always made the slick Korean entry land somewhere in the middle when it comes to comparisons with its rivals. The base engine for 2019 is a 2.0 liter four cylinder that is capable of producing 164 horsepower, while the optional 2.4 liter brings 181 horsepower to the party.

The potential appearance of the N version however, could turn that storied notion on its collective head. The same insiders were not very keen on sharing detailed specifics for what N engineers have in mind for the Tuscon, but they did reveal that the Tuscon N could have a zestier 340 horsepower on tap which would be a noticeable improvement over its mainstream mall commuting cousin. A stronger 0 to 62 time would also be a big focus for the Tuscon, with the same insiders claiming that the company want s to see the Tuscon N perform this feat in a speedy 6.2 seconds.

However, if such a model is indeed in development, N engineers would certainly have their collective hands full in transforming it into a track star. Part of this is due to the way the Tuscon positions its tranverse mounted engine, with the engine bay being a very cramped place for both of its powerplants. Another potential hurdle is whether the 2.0 liter 275 horsepower four cylinder used in both the i30 and Veloster N has the durability and strength needed to not only handle the extra 65 horsepower, but also the task of motivating a much heavier package down the road. But don’t expect it to appear on the current generation Tuscon anytime soon. The current model received its mid-cycle refresh last year, and is certainly due to be formally revamped very soon.

Instead, the reported N model could appear on the next generation Tuscon which should have the platform, capability, and the engine flexibility needed to accommodate an N model successfully. We suspect it will be lighter in weight than the current model, which would allow the Tuscon N to match its reported 0 to 62 benchmark.

As for N brand itself, its next model is expected to be based on the smaller i20 hatch. While it is unknown if the i20 N will make its appearance state side or not, the model will most likely be a European exclusive, and compete with rivals such as the Volkswagen Polo GTI, and the Fiesta ST with the new model offering comparable performance to these two benchmarks. The same Auto Express report also confirms that the alleged halo car for the N brand is still quietly in development, but it is unknown when that particular model will ever see the light of day.

We look forward to hearing more about this beefier Tuscon, and will certainly keep our eyes and ears peeled for any new developments and clues on the status of this key performance SUV offering as they appear.