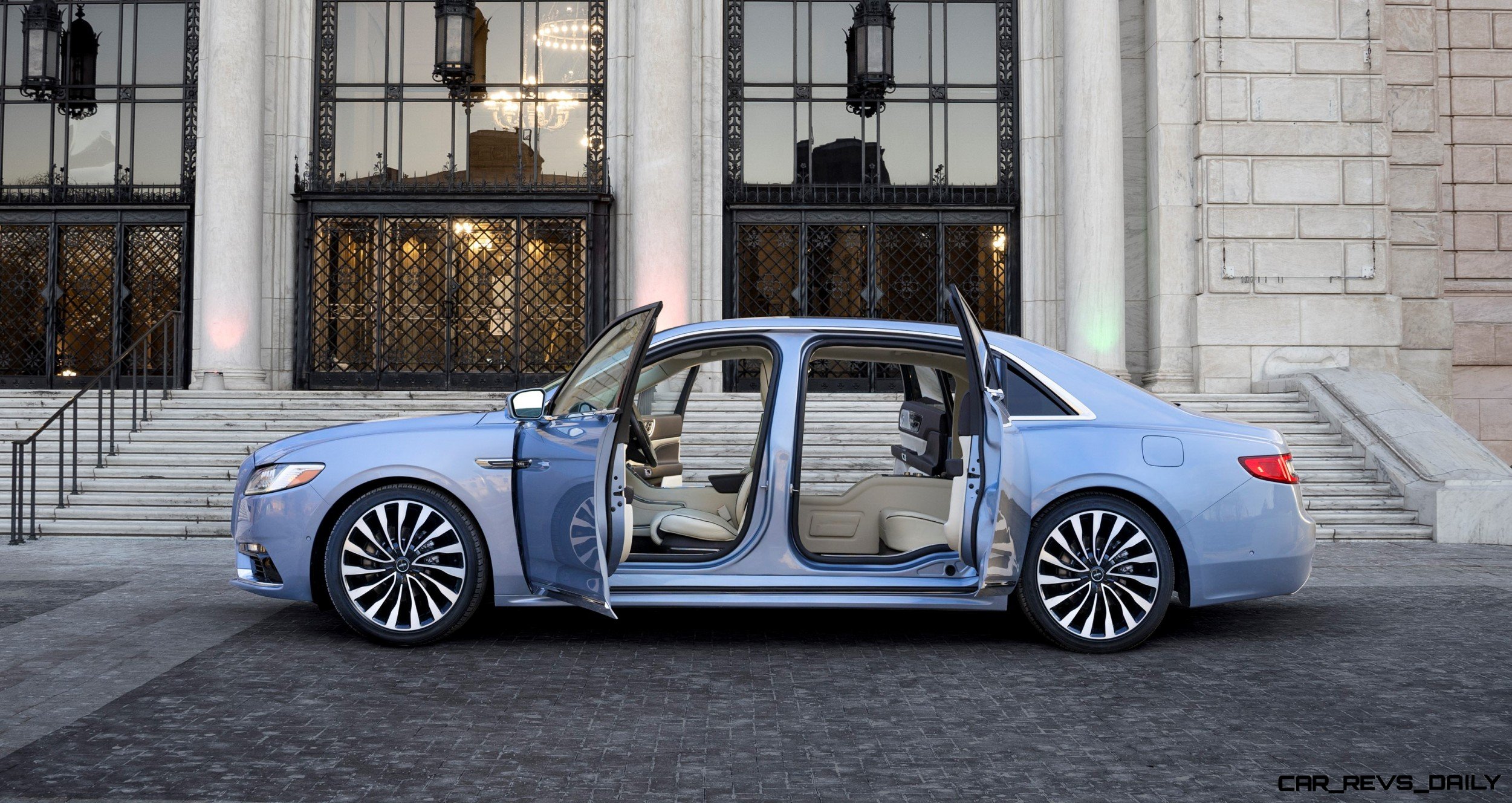 Following a brief teaser campaign that started on Lincoln’s Instagram page, and quickly backfired on the luxury brand when a lone image of the car leaked to the masses on its own Facebook page. Lincoln has formally unveiled a limited production version of the Continental sedan, which brings suicide doors (aka coach doors in Lincoln speak) back onto a mass market luxury offering for the first time in over 60 years.

Formally dubbed the Continental 80th Anniversary Coach Door Edition, this special Continental revives the stylish center opening doors that first made waves back in 1961, when they debuted on that particular iteration of the Continental. Designed to help occupants enter and exit gracefully out of the car, they were quickly nicknamed “suicide doors,” and proved to be an iconic design touch for the Continental during their time in production. This allure (as well as their rarity) bled over to modern times, with convertibles easily fetching over $100,000 at auction, while the sedan variant can be bought for $35,000. With the established track record that these bespoke doors have, Lincoln designers had a formidable challenge on their hands when it came to reviving them for 2019.

The exterior styling of the Coach Door edition doesn’t change too much when viewed side by side with its slightly more mainstream counterpart, with the big chrome mesh style grille, equally big wheels, and the traditionally sculpted rear end all exduding the usual high levels of elegance and character. We especially like the slick blue paint that is on the car featured in Lincoln’s photos, and we suspect that it could be a hue that is limited exclusively to this particular special edition.

Of course, the main visual difference is the fore-mentioned suicide doors, which required Lincoln to stretch the wheelbase by six inches to formally accomodate them. The installation of the doors themselves is also very interesting, with the model initially starting life as a Black Label variant with traditional doors. After they leave the factory, the selected Continentals are shipped to Cabot Coach Builders in Massachussets for the stretch and the subsequent door installation. Cabot has worked with Ford in the past on other builds, but Lincoln claims that it has a higher degree of involvement with this particular build, and that they engineered the surrounding details, metal work, and components to ensure that the installation retains the high level of quality and polish that Lincoln buyers expect from their purchase.

The extra length also helps increase passenger room, with occupants benefitting from improved leg and arm room. The notoriously tight rear seats also see a modest upgrade, and while the sloping roofline still eats into overall headroom, we will give Lincoln designers props for trying to solve it by carving spaces into the headliner to accomodate average sized adults. A flow through style center console occupies the space where the middle seat would be, and in addition to satellite audio and temperature controls, the space also features a foldable tray table, and a tablet holder in the event rear passengers wish to enjoy a movie while out and about in their slick ride.

Performance for the 80th Anniversary Coach Door Edition comes from the same 3.0 liter twin-turbocharged four cylinder that sees duty in other Black Label Continentals. It still produces 400 horsepower, and buyers worried about the potent muscle being blunted by the increased curb weight the doors bring, will be happy to know that the exotic setup only adds 100 to 150 lbs to the car, which is a testament to just how much evolution has taken place in technology since the arrival of the original center opening doors.

With all of this elegance, we might as well get to the part that might make some folks less enthused, limited avalibility. Lincoln only plans to build 80 examples of the Coach Door Edition Continental, with each example expected to start at just over $100,000. Lincoln is considering an even tighter production run for 2019, but with rumors suggesting that the Continental will not live beyond 2020, we will be genuinely surprised if that does indeed happen. While its easy to call something like center opening suicide doors a gimmick, there’s no denying that a good chunk of Lincoln’s heritage is centered around the Continental, and the return of such an iconic feature will undoubtedly bring higher levels of attention to the luxury brand.

Buyers interested in ordering a Continental 80th Anniversary Coach Door Edition will be able to do so through Lincoln Black Label dealers, with the first deliveries expected to take place next summer. Look for the remaining details to be revealed closer to its launch, as well as how much it will cost buyers to formally upgrade to this model versus a standard issue Continental.