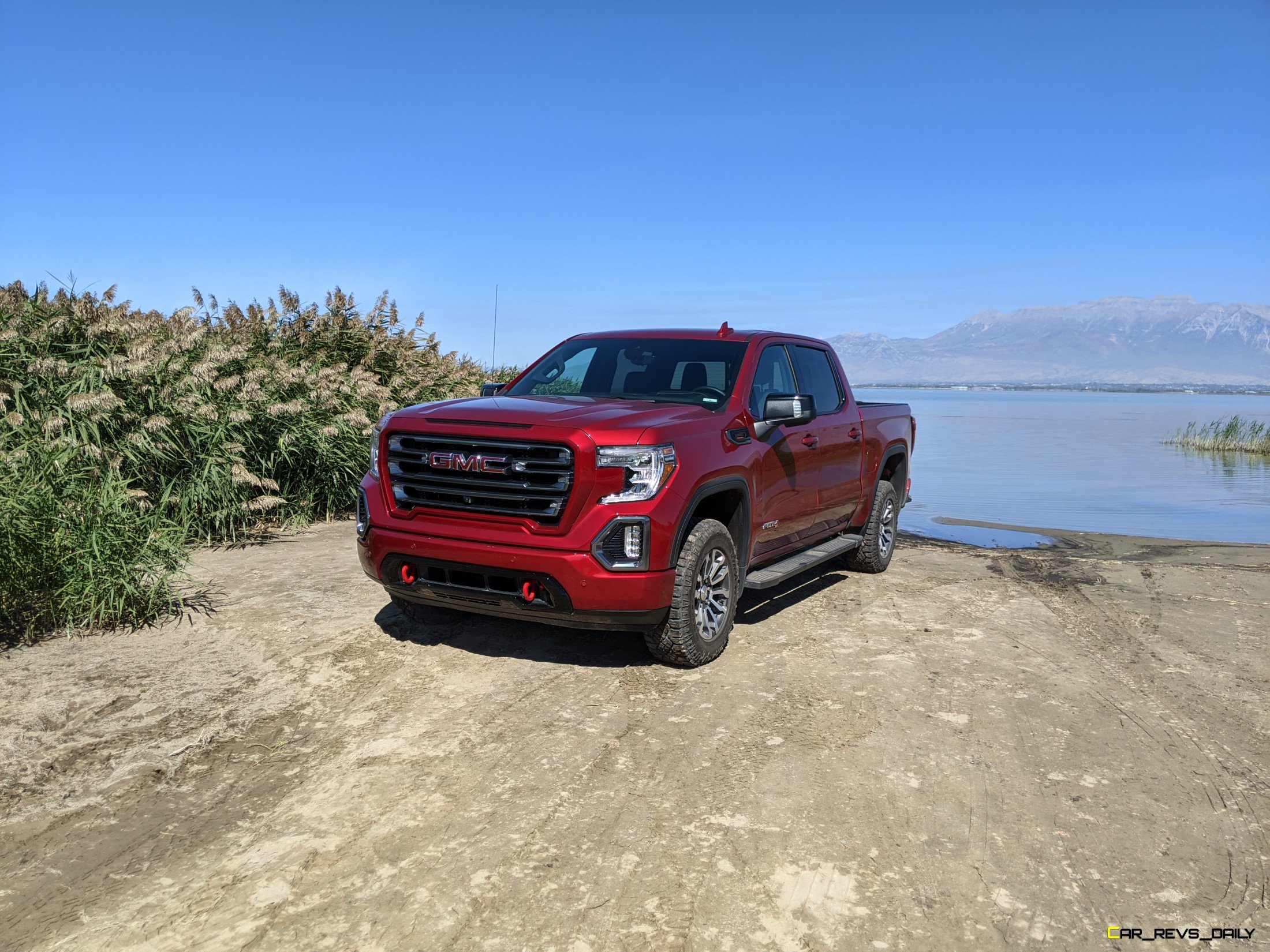 Half-ton truck diesel engines have made their way into the big three American brands. Ford and Ram both use 3.0-liter V6 engines while the GM products use a 3.0-liter Inline 6. How does this engine perform in GM’s 1500 twins and what are the differences between the two trucks?

GMC has been trying to differentiate themselves from Chevy as a more premium brand. Often times new tech will debut in the GMC and trickle down into the Chevy equivalent i.e. the MultiPro and MultiFlex tailgates. Other times GMC will get tech not available in the Chevy i.e. the Denali exclusive Adaptive Ride Control.

With that note, we know that the two trucks we tested aren’t direct competitors. Rather than the RST a Trailboss would have been more fitting, but the diesel engine isn’t available in the Trailboss. That makes this RST with the Z71 package the next best thing.

This is just the obvious list of similarities as they have so much in common it’s much better to list their notable differences. What’s important is that both trucks are Crew Cab short beds with 10 speed automatic transmissions and 3.0-liter inline 6 diesel engines. This engine has a power output of 277 hp and 460 lb-ft of torque.

In both vehicles the engines and transmissions are very well tuned and work together perfectly. There were no delayed shifts or confusion on what gear to be in. The engines responded quickly, and the high torque output at low rpm meant that the transmission didn’t have to change gears as often.

Here we find some expected and some unexpected differences. For starters the AT4 package is a higher trim level. It includes many interior amenities and features the RST doesn’t have. That’s not to say a High Country trim level couldn’t get you to similar levels of luxury as the AT4. Despite that, the RST is very nicely appointed inside, and we didn’t feel like anything necessary was lacking.

Included with the GMC AT4 Trim is a 2-inch lift with mono tube shocks, 275/65R18 (32-inch) Goodyear Wrangler Duratracs, and high-duty air filter.

You read that right, the Z71 actually has taller tires. While the width is the same, the Duratracs on the AT4 are much more aggressive with thicker and stiffer sidewalls for better puncture resistance. We aren’t sure if the high-duty and heavy-duty air filters are different or just different terms used by Chevy and GMC for the same product.

While the suspension is clearly different, with the GMC having a 2-inch lift, the ride was quite similar between the two. The AT4 had slightly softer suspension and more wheel travel than the RST, but both performed admirably on and off road.

Towing in both vehicles was stable and composed, with the RST performing just a little bit better due to having slightly stiffer suspension. Our test trailer weighed in at about 8,000 pounds and using a weight distribution hitch with sway control was a welcome addition.

Road noise the AT4 is higher most certainly due to the Duratrac tires. Both trucks are composed and controlled on the pavement. Even the occasional large pothole didn’t upset either truck.

In the AT4 we averaged just over 24 mpg during the time we had it. With the RST we averaged just over 25 mpg. This small change could have been from any number of factors, but it is likely that the higher ride and more aggressive tires of the AT4. The EPA ratings of 22/26/24 city/highway/combined are the same for both trucks.

Drivetrains and powertrains were the same in both trucks therefore, they performed similarly off-road as well. The softer suspension on the GMC AT4 helped smooth the ride and allowed for slightly higher speeds in the high-speed sections. On the steep hill climb and articulation test hills both trucks performed the roughly same. With the 2-inch lift, the AT4 has an advantage with approach, breakover, and departure angles, but none of that was an issue on the Chevy RST in our testing.

When shopping for a GM 1500 product, both the Chevy RST Z71 and GMC AT4 trucks are excellent choices. If shopping for a half-ton diesel from any brand, the Duramax is our choice over the competitors. The engines and transmissions are tuned almost perfectly, they are responsive and powerful while providing excellent fuel mileage.

The AT4 is certainly a little more luxurious inside and maybe a little more capable off-road as well. For those who want the additional features the $7,210 price increase might be worth it. Who knows, the GMC dealer might even offer more incentives to bring these two trucks closer in price.

Note: Most of our photos of the Chevy RST were lost, that is why most of the media content on this page is for the GMC AT4