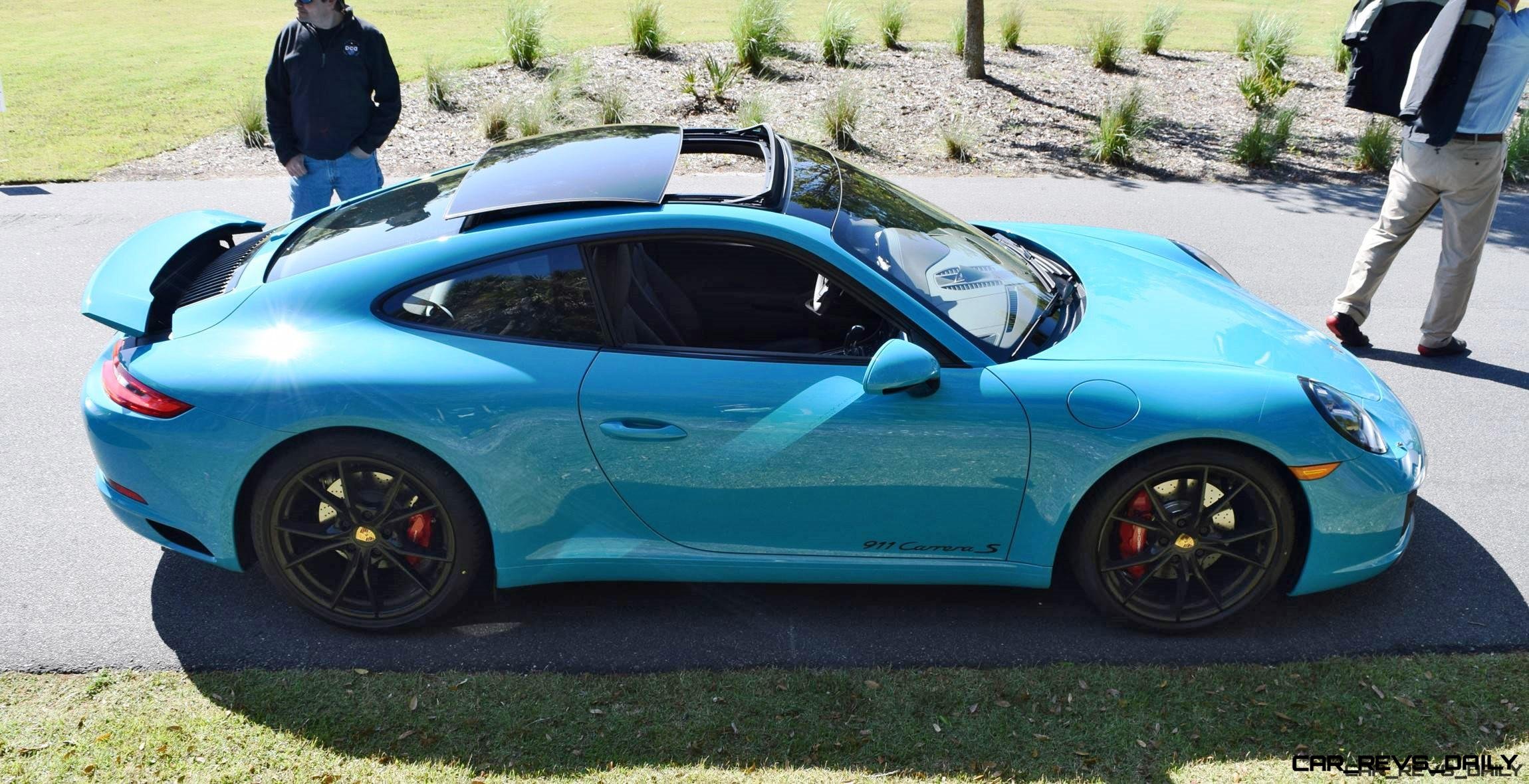 It is quite unusual for a new-gen 911 with an all-new engine, freshness up front and an all-new tail to be upstaged by a simple paint color.

But that is the effect Miami Blue has in the flesh!

This $4k optional shade joins the new Lava Orange as the brightest, sexiest shades Porsche has offered in years.

Even the standard, no-charge colors are quite becoming on this new Carrera S, however.  The Guard Red is as traditional a color as ever, yet looks fan-tas-tic up close in the flesh.  Various dark or light headlight trims and many finishes for the four available wheel styles round out the ridiculously customizable 911 exterior details.   We especially love the new taillights and moonroof. And the jumbo new spoiler/intake that brings much of the painted engine cover into its automatic lift at speed, or on command via the cabin controls.

Poke around the full 911 C2S Configurator via this link, or check out the scrolling animated colors GIF or tiled wallpaper graphics below.  Be sure to feast your eyes on the 50-photo flyaround of Miami Blue in the flesh, though, too!

The color is nothing on the astounding new 3.0-liter boxer six’s THRUST, however.  This car might be a standard turbo with a unique new sound. And it is FAST AS F***…!   Check out this guy’s facial reactions after getting out of the driver’s seat.