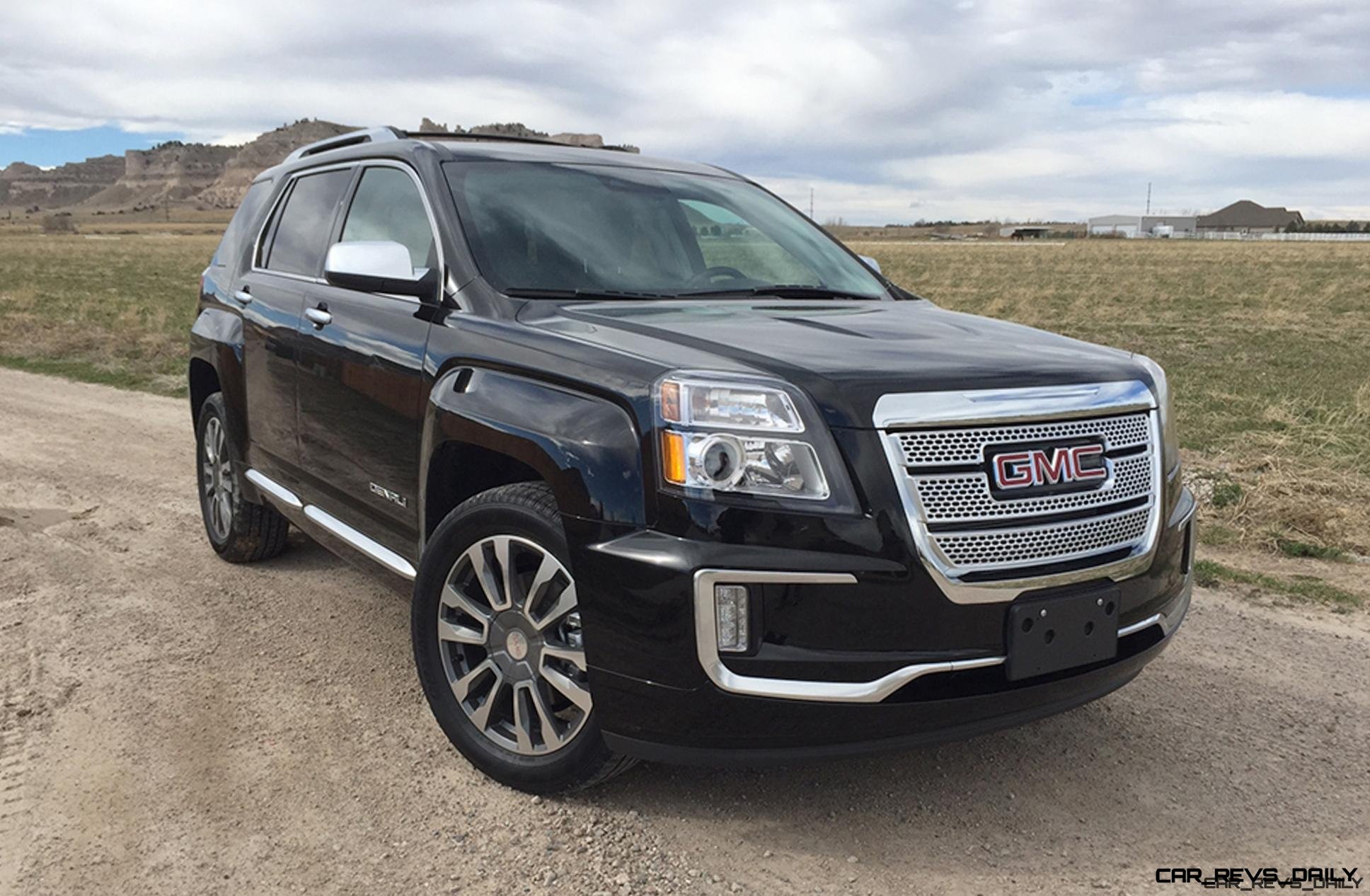 While most people think of a “Denali” as a large, luxury SUV, the name really applies to a whole range of products GMC offers. One of these is the small Terrain SUV with ample cargo room and lots of features. However, if you are looking for the Yukon or Sierra Denali experience in this smaller package, it just falls short.

Officially, GMC lists the Terrain as a mid-size crossover utility and it was launched in 2010 – replacing the Pontiac Torrent when the Pontiac brand ended. It shares the same platform as the 2010 Chevrolet Equinox and received the Denali trim in 2013. It also recently received a new facelift for the 2016 models consisting of new exterior styling with front/rear fascias, grille, hood, LED daytime running lights and wheels. Inside, it received a new gear selector, second storage shelf under the dash and the door lock buttons were removed from the dashboard.

The new exterior looks and interior updates help the Terrain blend in better with the existing lineup as it looks more like a smaller Yukon. Yet, the sheer size of the Yukon helps it pull off the look while the smaller Terrain doesn’t quite do the same. Instead, much of the chrome accents seem too large for the small SUV and the rear is quite large in comparison to the front seats.

On the road, any similarities with the Yukon are further diminished. The Terrain simply doesn’t ride as smooth nor does the powertrain feel like it is well suited for the vehicle.

Behind the wheel, the interior layout is just OK with most knobs and buttons within easy reach. However, the red color emitting from the dash screens along with the sun-light hood over the infotainment system makes it seem draconian.

While the Terrain didn’t leave me with a good impression, it is quite popular with GMC customers. According to GMC, it is their second-best selling vehicle with the majority of buyers being female – some 44 percent. These female customers cite the exterior as the number 1 purchase reason.

My belief is these customers are looking at different color combinations and trim levels of the Terrain. For example, during my week of driving the SUV, I saw quite a few in my area with white, red and silver exterior colors in SLE and SLT trim levels – not so much chrome editions. I’m not anti-chrome and in fact, I really like the new Yukon. I just think in this SUV, less is more.

Besides looks and styling, the GMC Terrain does offer an ample amount of rear cargo room and entry/exit are excellent for kids and those of shorter stature.

If you are in the market for an AWD cross-over SUV with features and plentiful cargo room, the 2016 GMC Terrain is worth a look. However, if interior layout and driving dynamics are more important to you, this may not be the SUV for you.