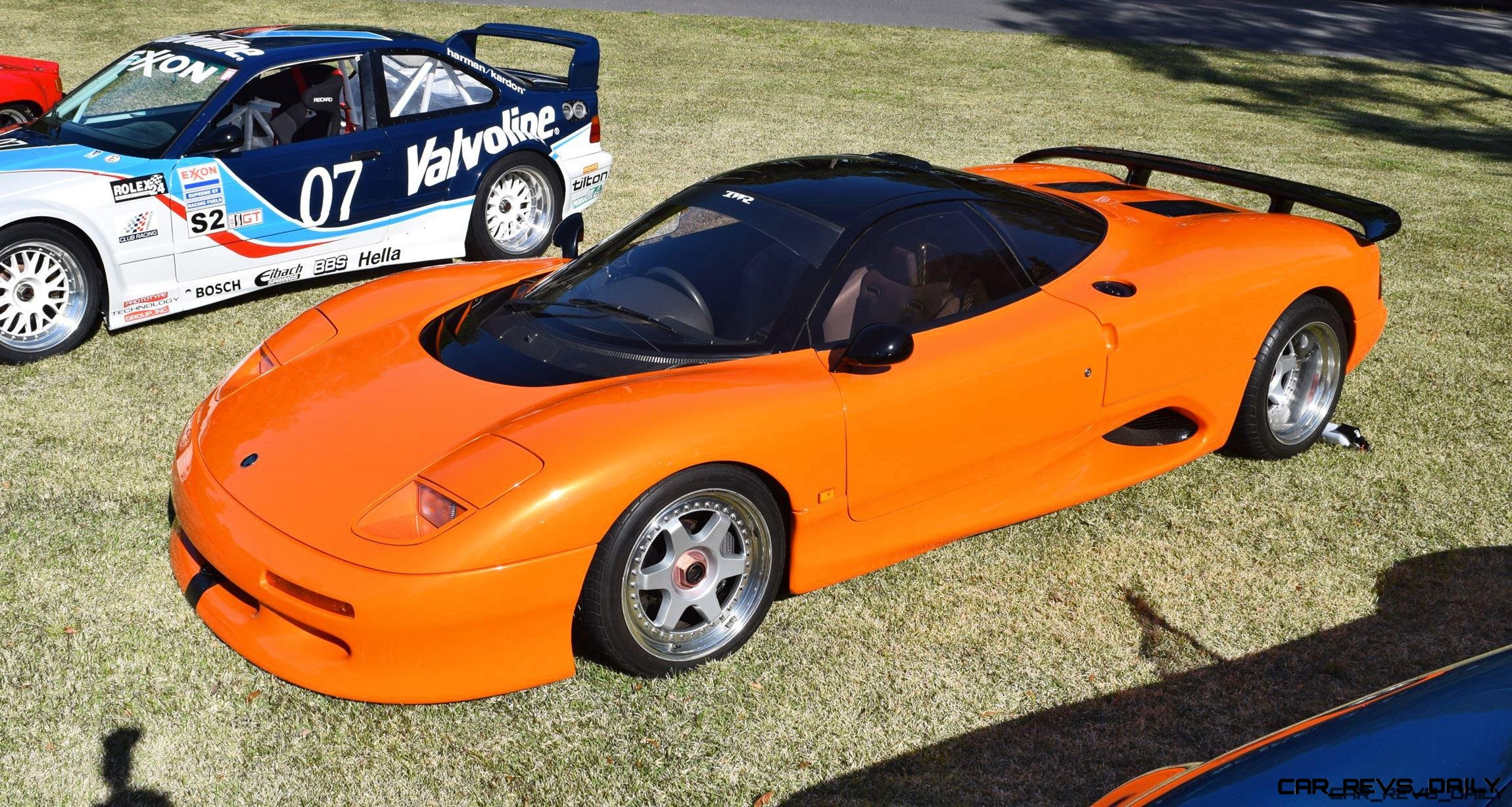 This R9R Jaguar looks absolutely current next to cars 25 years younger. That might be the vehicle’s huge achievment over the XJ220 that would follow this 50-unit special’s production run in the early 1990s.

The XJR-15 as shown here also delivered on some goals the XJ220 could not.  Primarily, running a 450HP V12 midship, while the XJ220 reverted to a turbo six after the big 12-cylinder could not be fit in its giant tail section, somehow.