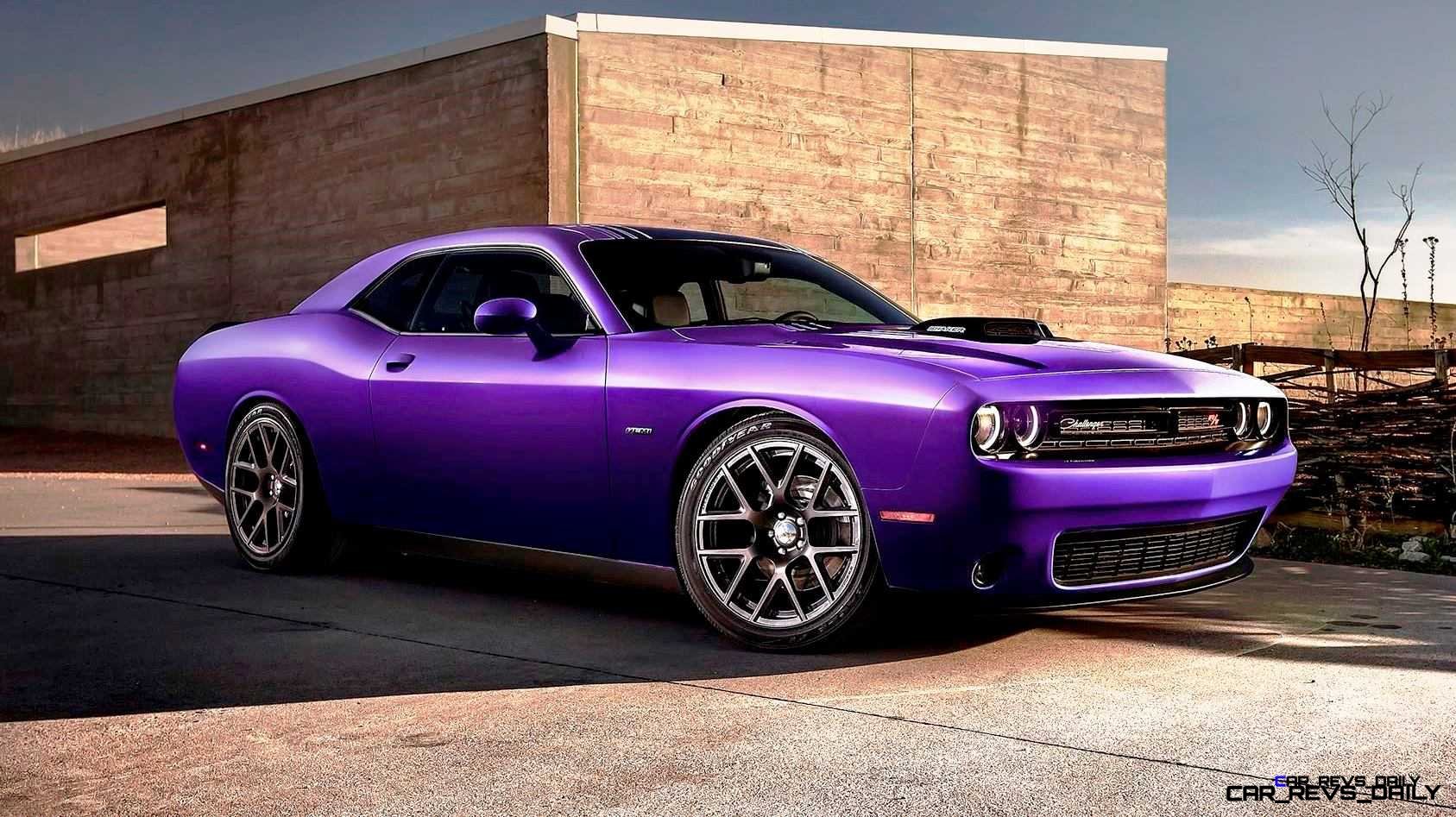 Dodge just released two 2016 special editions in the brand’s famous Plum Crazy paint color. This special-order hue will be offered on all engines and trims, up to and including the thunderous Hellcats.

While the Charger is our pick hands-down among the two, the Challenger two-door will always be far more valuable as a collector classic. This is the general rule in classics: two-doors always sell for more than four-doors on the classic auction market. This is doubly true for musclecars.

Dodge makes a convincing case for Plum Crazy via some never-before-released production numbers for the limited-production and special edition Chargers and Challengers over the last decade… which may be helpful to know how rare the vehicles are.

August 11, 2015 , Auburn Hills, Mich. – Beyond its rich muscle car legacy, which is highlighted today by the Challenger and Charger SRT Hellcat models – the most powerful muscle cars ever, Dodge continues to produce some of the most recognizable high-impact and heritage hues that have ever hit the blacktop. And for this year’s Woodward Dream Cruise, Dodge will debut the next limited-edition color from its archive: Plum Crazy. “Powerful muscle cars painted in impactful colors make Woodward Dream Cruise the perfect setting for Dodge to debut the newest generation Challenger and Charger models in Plum Crazy,” said Tim Kuniskis, President and Chief Executive Officer – Dodge Brand and SRT Brand, FCA – North America. “And with our strongest muscle-car arsenal ever, we knew it was time to reach into our Dodge paint code archive and offer our high-performance R/T Scat Pack and SRT Hellcat models in one of the most iconic exterior colors of all time.” Plum Craziness: 46 years of Dodge brand’s iconic color
Since 1970, Plum Crazy has been one of the most desired paint colors for the Dodge Challenger and Charger. Today, the enthusiast demand for this heritage hue is stronger than ever – as the signature paint color is directly associated with high collectability and the famed “Mopar-or-no-car” legacy. Add in the widest performance range ever for the 2016 Challenger and Charger, and there hasn’t been a better time to paint the Dodge brand’s iconic muscle car arsenal in the nostalgic color. “From the aggressive and in-your-face styling of the SRT Hellcat models, the reverberating black stripes on our Shaker models, to the nostalgic dual A-line side stripes in satin black or gloss white on the R/T Classic model – Plum Crazy further builds on Dodge brand’s muscle-car roots and adds to Challenger and Charger’s vibrant legacy,” said Mark Trostle, Head of Dodge and SRT Design, FCA US LLC. Plum Power: up to 485 naturally aspirated, or 707 supercharged horsepower
Dodge dealers will take orders in September for the 2016 Dodge Challenger or Charger in Plum Crazy, with production beginning this November. Models available with Plum Crazy include:2016 Dodge Challenger models:

Released for the first-time ever: production numbers for high-impact hues
Dodge Challenger and Charger owners are among the most loyal and performance-hungry automotive enthusiasts. These men and women have a deep appreciation for their rides and for the first time ever, the Dodge brand has reached in to its archive to provide these gearheads with the limited-edition and high-impact hues production numbers. “For years, our Challenger and Charger owners have wanted to know just how unique their rides are, and the team at Dodge wants to further the collectability of these modern muscle machines with the actual production numbers,” added Kuniskis. “From limited-edition models like the Mopar ’10 and Challenger SRT8 Yellow Jacket, to limited-production Challenger and Charger models in high-impact paint colors such as Sublime, TorRed, Go Mango and Green With Envy, we’re excited to share our factory-backed production numbers to our current and future collectors and enthusiasts.” With nearly 1.5 million Dodge Charger and Challenger models produced since both nameplates returned to market in 2006 and 2008 model years respectively, these limited-edition models and limited-production colors are highly collectable and represent less than 11 percent of the entire global production. Furthermore, each model year is detailed below:Dodge Charger Limited Edition Paint and Model Production (Global: 2006 to 2015MY)