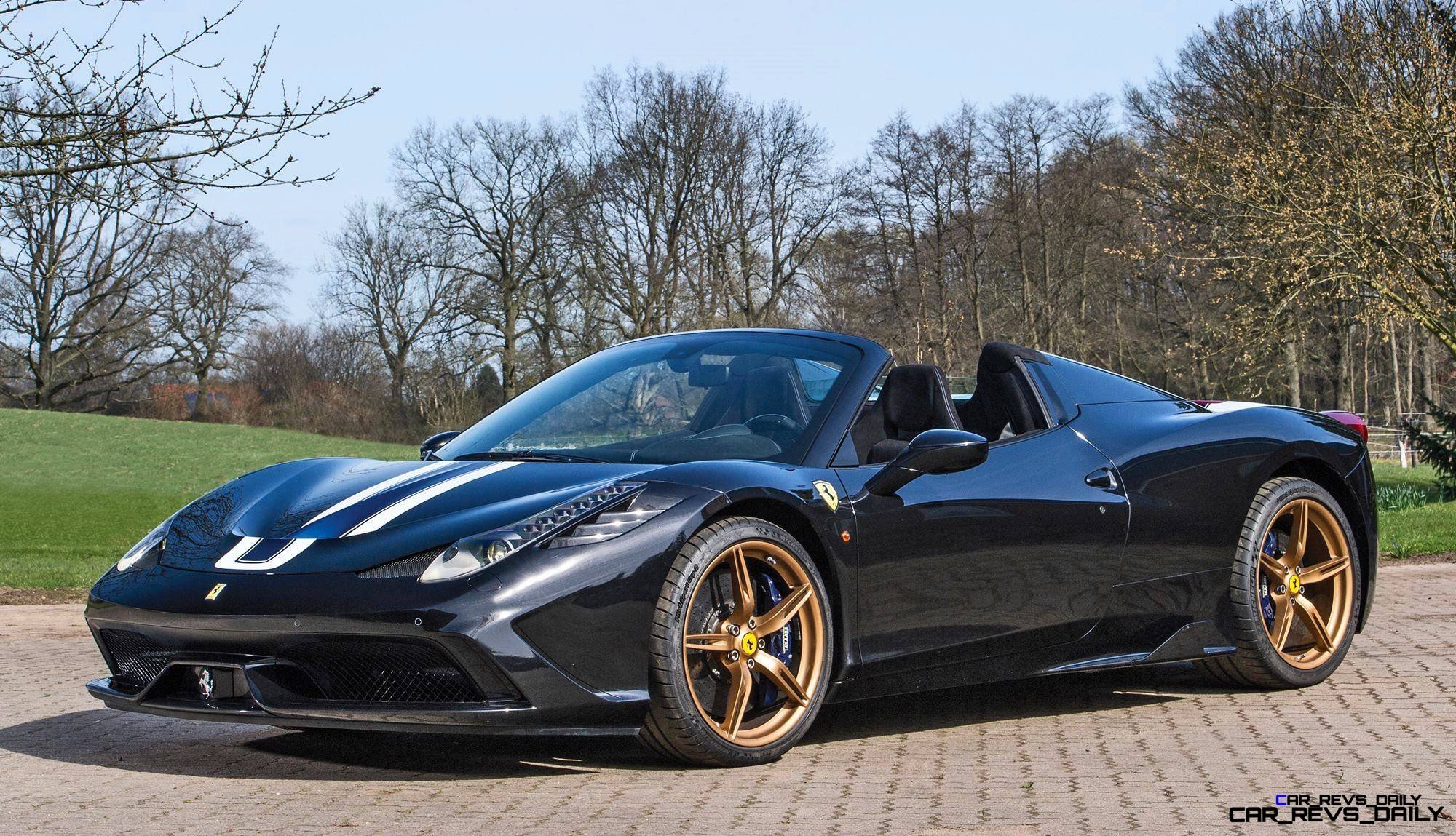 Here is a curious one!

A 2015 Ferrari 458 Speciale Aperta crossed the block the other week at the RM Sotheby’s auction in Villa Erba, Italy — earning its first owner a handy 90-percent profit margin along the way.

The 458 SA is available to order now with pricing from $330,000. Yet this barely-driven 2015 model just raked in $580k at auction. What is the deal? Should we all get in the supercar speculation business? Get rich quick, drive quick cars?! Sounds perf.

But there is a reason this is so unusual: new supercars are not frequently seen at auctions. Manufacturers hate it. For some sales, a good-faith agreement or perhaps even legal document promises that the car will not be re-sold or re-exported, etc.

Ferrari has almost-certainly blackballed this 458 SA’s first, Germany-based owner from future Fezza models now that his or her 458 SA sold at a major auction.

The big auction markup can be explained by the difficulty of getting a current Ferrari model of any kind rapidly. Big wait lists and big shuffling of the deck means Ferrari decides when you get your car, not visa-versa. Buying it at auction is totally different. The car is yours. You can generally drive it home, or at least have it shipped to your home within days or the gavel hitting block.

But yet another thought – altogether more troubling. Why did the original owner put less than 30 miles on the car?

Why were they fine walking away from this car as well as any future (direct) Ferrari purchases?

Very curious, this one.

But for its new owner, simply paying 2X the list price of the 458 Speciale Aperta has worked miracles: the wait list disappeared overnight!

Like the 16M before it, the Ferrari 458 Speciale A was introduced to the Ferrari line-up in 2014 as a limited-edition convertible sibling to the 458 Speciale Coupé. The “A” stood for Aperta, and the car provided its driver and passenger with a full open-air experience, putting nothing between them and the 458 Speciale A’s glorious exhaust note.

Save for its roof, the Speciale A is nearly identical to the 458 Speciale. Thanks to prolific use of carbon fibre and attention to detail in weight savings, the Speciale A only adds 50 kilograms to its curb weight over the Speciale, which is an incredibly small amount for a convertible. Furthermore, the convertible top takes just 14 seconds to deploy or retract at the push of a button. As a result, performance remains largely the same thanks to the car’s active aerodynamics, and it can sprint from 0 to 100 km/h in three seconds and has a top speed of 320 km/h.

This 458 Speciale A, finished in Nero Daytona with blue and white Speciale A N.A.R.T. livery over a matching Nero interior, was completed in late 2014 as a 2015 model-year example, and it was delivered shortly thereafter to its first owner in Germany. This incredibly well-optioned car is fitted with such features as 20-inch sport wheels that have been finished in matte Grigio Corsa, blue-painted brake callipers, the AFS headlight system, a carbon fibre front spoiler, the hydraulic nose lifting system, driver and passenger adjustable racing seats with blue Cavallinos stitched in the headrests, the HELE engine start-stop system, and a rear-view parking camera and parking sensors, amongst other options. Since coming off the assembly line less than one year ago, this Speciale A has accumulated less than 50 kilometres on its odometer, due to transit and testing.

With the introduction of the turbocharged 488 GTB at the Geneva Motor Show just a few months ago, the 458 Italia and all its derivatives have been left as the last naturally aspirated V-8-engined cars in Ferrari’s range. Of the 458 models, the Speciale A combines the best elements of the platform—the uprated Speciale engine with the hardtop convertible roof of the spider—into one glorious package. This specific example is virtually as new, and it is ready to be enjoyed.