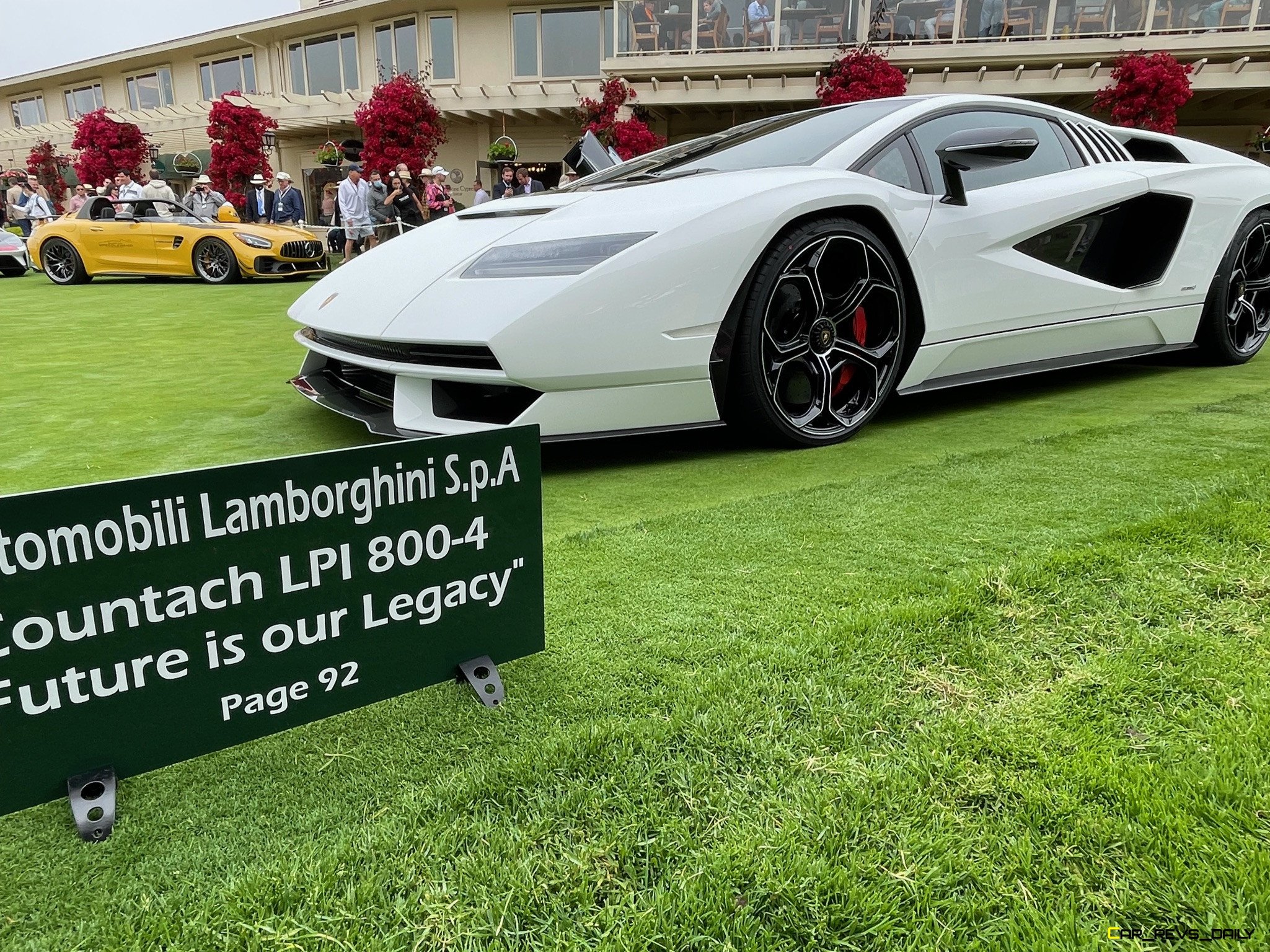 Lamborghini made waves when it revealed that it was reviving the legendary Countach for the 2022 model year. While the model will be an extremely limited special, it will also be a key piece of company history with the Countach being the first production Lamborghini hybrid model ever produced. The exterior styling is a welcome time warp to the past with plenty of classic Countach cues on hand including the rectangular headlights as well as the simple curves and angles that adorn the bodywork.

Performance for this particular model will come from the Sian concept’s 6.5 liter V12. This engine is infused with a 48-volt mild-hybrid system that makes a combined 803 hp and allows the Countach to hit a top speed of 221 mph.  But while the Countach looked good in its press photos, how it looks in the real world will be a make it or break it proposition. It certainly made a good first impression on the Concept Lawn at the 2021 Pebble Beach Concours.